Grizzly ‘Dark Side of the Ring’ episode is difficult to watch 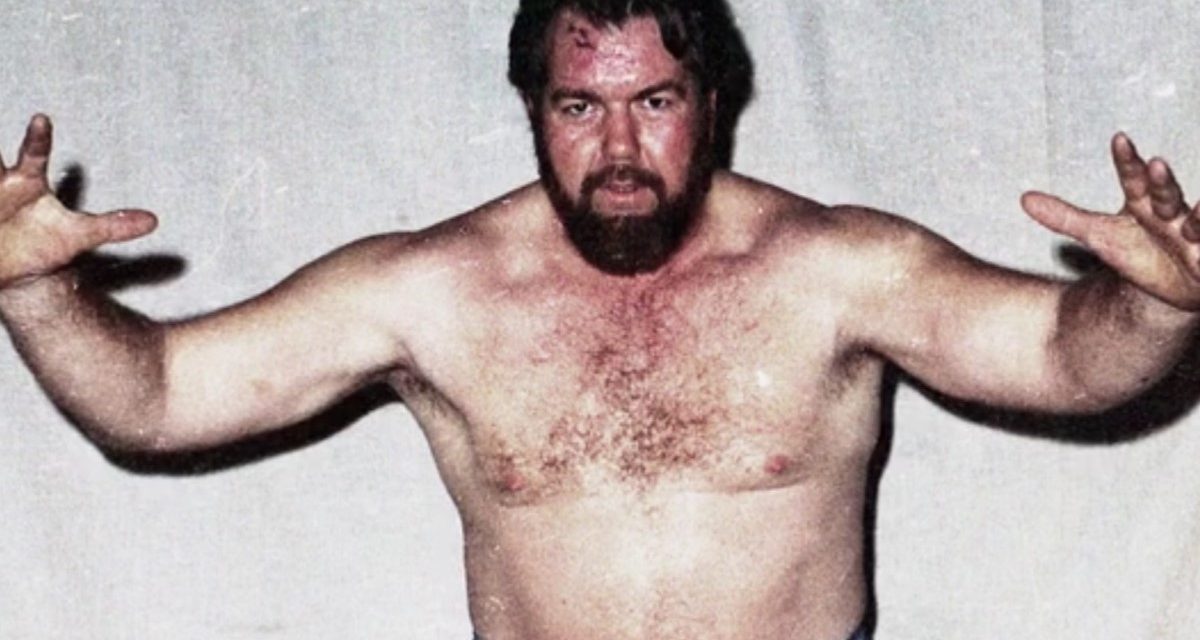 Professional wrestling has long been a family affair … both real and imagined.

The McMahons, the Harts, the Guerreros, the Von Erichs, the Funks, and the Briscoes … all real (with a “stray” family member in some cases) spring to mind, as do the Garvins, the Valiants, the Koloffs, and the Wyatt Family, each of those families not made up of flesh and blood, but instead the product of a backstage booker or promoter.

And then there is the Smith family, the subject of this week’s Dark Side of the Ring episode “In the Shadow of Grizzly Smith”.

Ironically, the Smith family was all too real as this particular episode painfully depicts, and yet there are very few that may have been actually aware of the family lineage, as none of Grizzly Smith’s three children who followed him into the ring actually wrested under his moniker, each creating their own distinctive characters, an adjustment which becomes perhaps all too apparent and understandable over the course of the episode.

If Grizzly Smith is remembered at all by today’s fan it is primarily as the father of WWE Hall-of-Famer Jake “the Snake” Roberts, and it is through Jake that this twisted tale begins to unfold. The details of the relationship between Jake and his father has been previously documented on the WWE produced 2005 documentary Jake “The Snake” Roberts: Pick Your Poison, and in both that DVD and numerous other outlets Jake has been very open about how his subsequent battles with substance abuse can be traced in large part to his childhood trauma.

What makes this particular episode different than those previous productions is the involvement of three of Smith’s other children, Richard (who as a child was put up for adoption), Michael, and Robin, the latter two who also chartered their own path in professional wrestling, under the monikers of Sam Houston and Rockin’ Robin, respectively. It is with their involvement, along with Houston’s first wife Nickla Roberts (better known in wrestling circles as Baby Doll) and noted manager Jim Cornette, that the story is told.

And what a story it is, one that truthfully makes for some uncomfortable viewing as Grizzly Smith’s children talk of not only of a flawed and distant father, with a predilection for teenage girls (including his own daughter), but also suspect him of somehow being involved in the kidnapping/disappearance of their sister Jo Lynn in 1979 (her body was never found).

And yet despite all of this childhood suffering Smith’s three children are able to enjoy various degrees of success in the mid to late 1980’s world of professional wrestling, with Jake becoming one of the most recognizable faces in the then-WWF, his brother Michael (Sam) enjoying a modicum of success during his 4-year run in the same company, and Robin, who had a two year run as the WWF Women’s champion before the women’s division was phased out in 1990.

What followed afterwards for all three was a downward spiral into substance abuse. Jake’s descent into drug addition has been well documented, and in this episode both Michael and Robin are quite candid about their own struggles with alcohol. Ironically, Michael’s struggles in many ways were allowed to continue thanks to the efforts of his father, as it is strongly implied in the episode that Grizzly was able to pull in various favors that helped keep Michael out of prison despite numerous and repeated DUI arrests. Eventually in 2005, Michael was sentenced to prison for his continued DUI’s.

Amidst all of this trauma, pain, and addiction is the fourth child Richard Smith, who professes to never have had the slightest inclination to join the wrestling business, and despite being put up for adoption at an early age, appears to have avoided some of the pitfalls encountered by his better-known siblings, and seems to be the most “at peace” with his father, who passed away in 2010 from the effects of Alzheimer’s disease.

As the episode concludes there is a hopeful tone: Jake, Michael (Sam), and Robin appear to have put their substance issues behind them and yet their youthful scars are still very close to the surface. Admittedly estranged from one another, each of them, including Richard, allows for the possibility of a reconciliation between them at some point.

In its three years on the air Dark Side of the Ring has quite often lived up to the name, but this episode is among the darkest, and is admittedly not the easiest one to watch, much less enjoy.