Melina casts a shadow over NWA 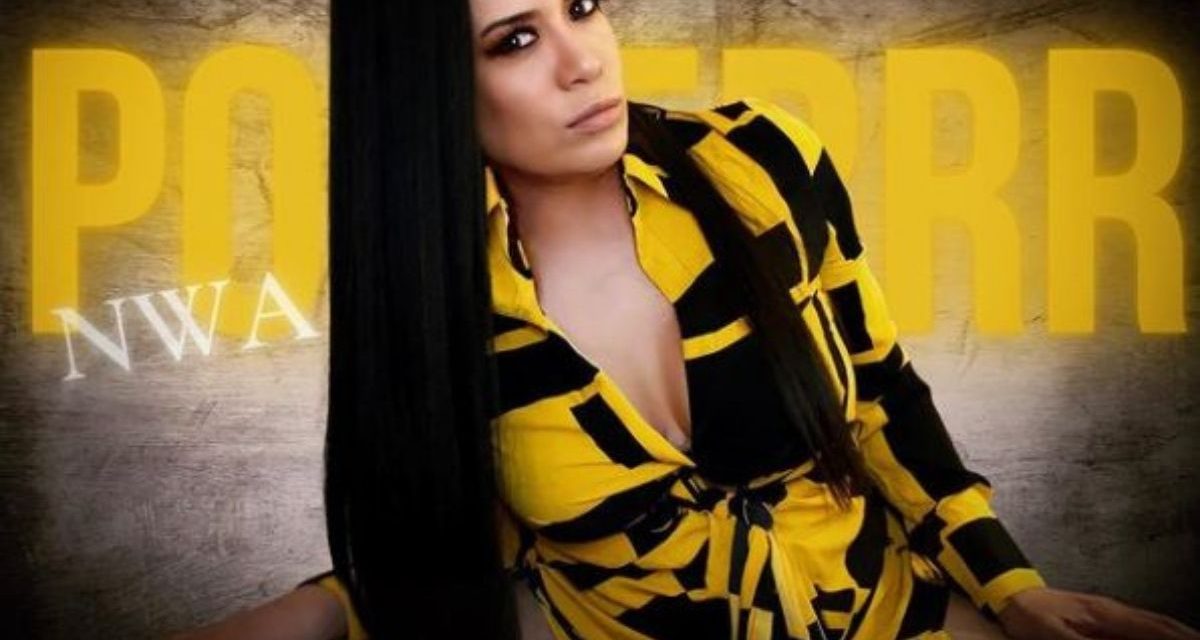 After being out of action since March 2020, former WWE Diva Melina is dipping her toe back in the world of wrestling. Although she is taking a risk of further injuring her ACL, she is ready to get back into the squared circle, and couldn’t be happier to be joined by some of NWA’s finest female grapplers.

Melina and Thunder Rosa will be teaming up and go head-to-head with Kylie Rae and Taryn Terrell in what is being called “A Fearless and Fantastic Battle,” at the NWA pay-per-view, When Our Shadows Fall, this Sunday, June 6th.

“I’m really not supposed to be wrestling,” Melina Perez revealed in an interview with SLAM! Wrestling. She just went for an MRI and learned that her ACL is torn, making this match a huge risk. “If I make one wrong pivot, it could snap just like it did when I got hurt in the WWE.”

That being said, Melina is motivated to make her return in all of her glory. “I’m ready for it.”

This will be the first time that NWA will welcome fans back into the studio for a live event since the onset of the global pandemic. The company has announced that it will allow a small number of people for its upcoming NWA Powerrr tapings as well.

The California native has been with the National Wrestling Alliance since the fall of 2019. So far, she is very happy to call herself a member of this roster. “Everyone is so great there. Everyone works together which makes it so much more fun!”

The company was just getting into a groove when the pandemic arrived, and everything stalled. “So many people were watching the shows and then COVID-19 hit and we all asked ourselves, ‘What’s going to happen to us?’”

After seeing so many promotions have to let some of their talent go and watch businesses go under because they couldn’t make ends meet, Melina was grateful when NWA started back up again and began filming. “It was such a nice thing to see and I’m so proud of them. They just decided to kick-out of COVID and told themselves that they were going to keep on going.”

Melina explained that being a part of this weekend’s pay-per-view, When Our Shadows Fall, means more to her than most would think. “Going there injured, it means something,” she explained. “When life kicks you down and you don’t think you’re going to be able to have control over anything, you push through. You just find the strength and you keep going.” 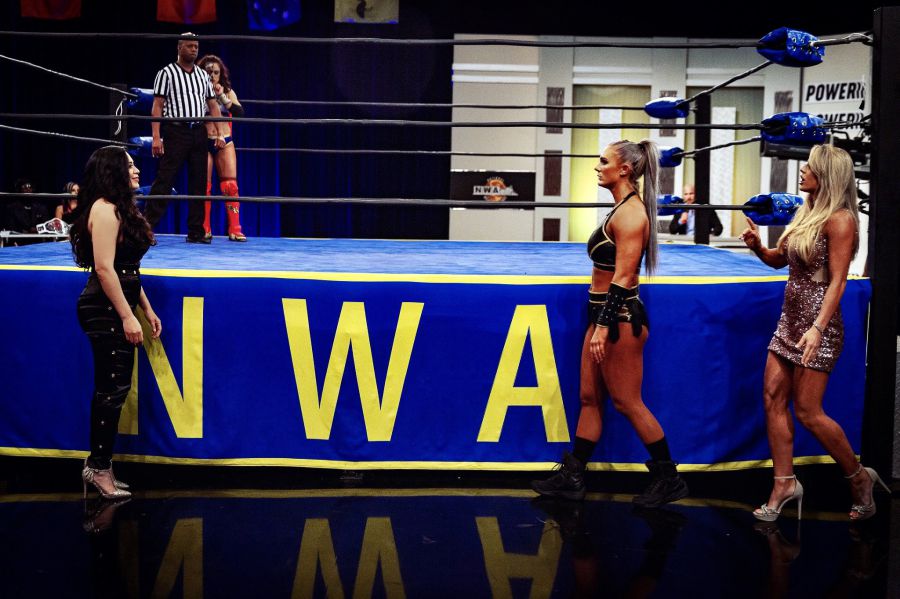 Thunder Rosa’s in the ring as Melina is confronted by Kamille and Taryn Terrell.

The 42-year-old is also very pleased to be paired up with Thunder Rosa, as she said they have the same in-ring mentality and their personalities mesh well. “When I first came into NWA, we were a faction and to be able to work with her again is amazing.” She added that she admires how Rosa was motivated throughout the pandemic and noted that her work ethic is truly out of this world.

What she is not familiar with, however, are her opponents this weekend. This will be the first time that she faces both Kylie Rae (who recently took a mental health break from wrestling) and Terrell in a match. “I’ve seen Kylie Rae on social media and what she can do, and I’m a fan of her work. So bring, let’s do this!”

NWA When Our Shadows Fall is this Sunday, June 6th on FITE TV starting at 4 p.m EST. Ordering information is here.

EDITOR’S NOTE: Watch for a second story in the coming weeks where Melina Perez looks back at her career. She talks about what Al Snow and Bret Hart mean to her and the real reason she decided to take a break from wrestling, which includes getting out of a really toxic work environment.