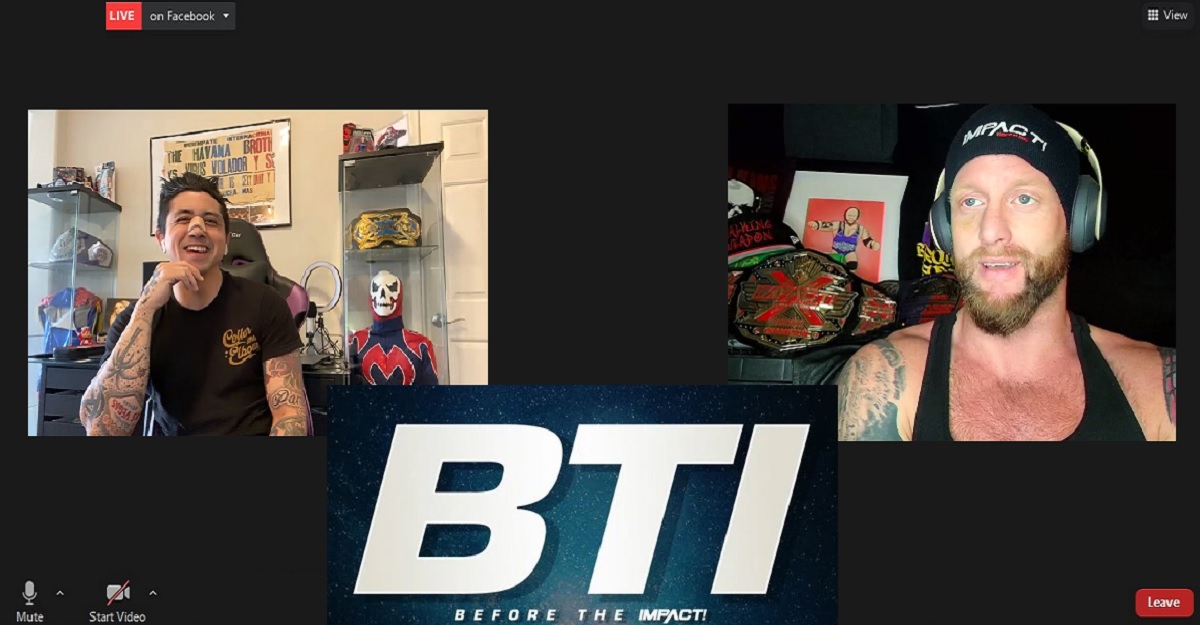 The X-Division has been one of the major hallmarks of TNA/Impact Wrestling since its inception, and it has featured matches that many would consider to be among the best in the company’s history. Tonight, champion Josh Alexander and challenger TJP will try to keep that tradition alive, as they square off in a 60-minute Iron Man match for the coveted title.

The two opponents shared their thoughts at a virtual press conference on Tuesday, answering questions about their pending encounter, which will air at 7 p.m. EST tonight on the Before the Impact pre-show, taking up that full hour and concluding at the beginning of Impact.

Unlike many televised face-to-face interviews, this press conference didn’t devolve into a verbal sparring. On the contrary, this one remained respectful throughout, starting with the introductions, with TJP (previously known as TJ Perkins) crediting its host, Gail Kim, as a pioneer and role model for fellow Asian wrestlers, to Kim and Alexander bonding over their Canadian roots.

Before the formal Q&A portion, each one of them heaped praise on their opponent, each saying that the other makes the perfect opponent for them in this kind of situation, because of the strong chemistry they’ve developed in working together over the past few months.

“It’s rare that you get guys that are cut from the same cloth,” said TJP. “And Josh is perhaps that guy for me. I’ve had wonderful opponents for a long time. But more than anything else, when I’m in the ring, it feels like a big playground when I’m in there with Josh. And that’s not something that happens very often.”

“(We’re) two guys that, (even though) we’re competing, we’re traveling the same direction the entire time, we have the same mindset the entire way,” echoed Alexander. “And I think, above all of that were just two very passionate individuals about pro wrestling. And it’s a rare thing to find all those attributes in the same thing. So you put us in the ring together, and that’s why it flows like it does.”

In talking about their chemistry, they both noted that their wrestling styles are quite complimentary. While the X-Division often elicits images of high-flying, high-velocity action, even though they can compete at that level, frequently their matches utilize a more methodical style, including the use of grappling and submissions. It’s a style that lends it self more easily to a lengthy match, since it reduces the risk of tiring out too soon.

“They say that styles make fights,” observed TJP. “I don’t come in the typical wrestling package of trunks and plain boots and all that. But I dare say that I’m probably definitive of that sort of category as much as anyone. And I don’t think that I necessarily perform like, like a typical progressive high flyer, but a lot of people will put me in that category as well. And I think people forget that I can really kind of slug it out. In an Iron Man match, all of those weapons are on the table. With Josh, it’s a complex chess match, to say the least. It might unfold slowly, or the pace might quicken and stay (at that level).”

Alexander noted that many of his heroes who competed in the X-Division in the past also had varied styles, so he was using them as inspiration in selecting the tools he’ll employ in the match. “My fandom of the X-Division is what led me to being a wrestler now. It introduced me to guys like Low Ki, Samoa Joe. Everybody thinks the division is just high flying and just cruiserweights. For me, it wasn’t just this or that. For me, it was just a guarantee that you were going to see the match of the night, every single time. Just a badass wrestling match. So that’s been my goal since the second I joined this division: my mindset has been to just go in there possible and have the best match possible. And leave a lasting impression on fans like the one that was left on me when I was younger.” 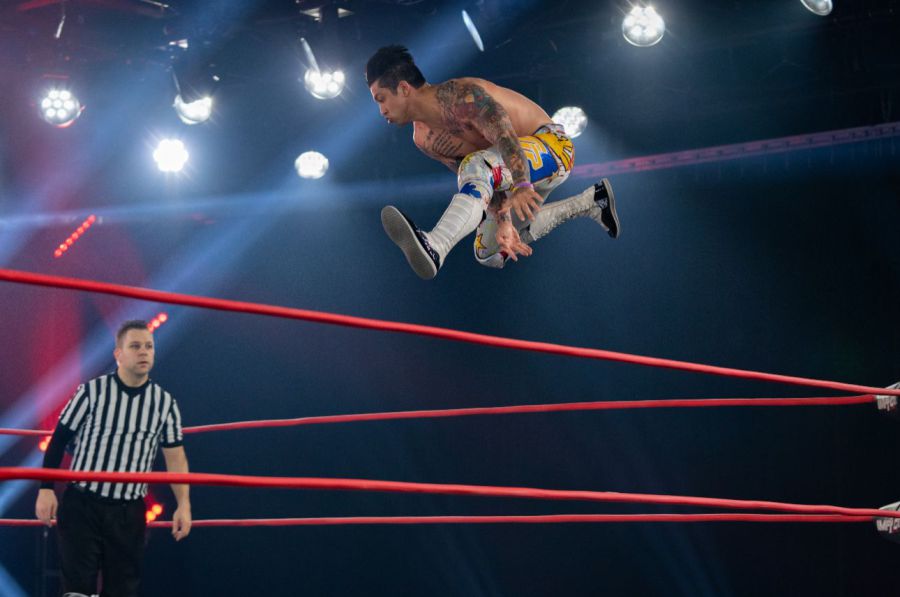 And although neither Alexander or TJP are really old now (they are 34 and 36, respectively), they know that the nature of an Iron Man match brings a unique set of challenges in terms of stamina, and consequently, in how they have prepared themselves both mentally and physically for the contest.

“When Bret (Hart) and Shawn (Michaels) had their Iron Man match (at WrestleMania XII), they had a few months to prepare. We were given a lot less notice,” TJP said (though presumably more notice than what was played out on TV, which saw the match made just last week). “Also, I had some surgery on a fractured nose I’ve been dealing with for the last month or so. But, overall, I’ve been training the best as I can. I tend not to be an ‘Instagram athlete’ so a lot of people don’t get to see a lot of what I do.”

Alexander agreed that the thought of competing for so long has added some extra motivation in his recent workouts. And his inspiration has been Hart’s and Michaels’ performance in their aforementioned match. “When I’m tired from the stairs or running sprints, I think about Bret and Shawn. I think about matches like that where guys just had to dig deep and keep pushing through.”

Additional motivation for Alexander is to really showcase his singles abilities, since for most of his Impact run so far he was part of tag team division, where he was a long-time tag team champion, with his partner Ethan Page as The North.

“(After) the tag team was over, it was nerve-wracking,” Alexander revealed. “I could have been sitting down waiting for an opportunity, and been sitting on the bench for months and months. Luckily, I got an opportunity very fast, and was able to capitalize on it, and show what I can do. I had 14 years of experience before I came to Impact Wrestling, I’ve wrestled the best wrestlers on planet Earth all over the world. I see this match as a monumental opportunity to show not only that I belong as a single competitor, but I belong in the greater landscape of the wrestling community.” 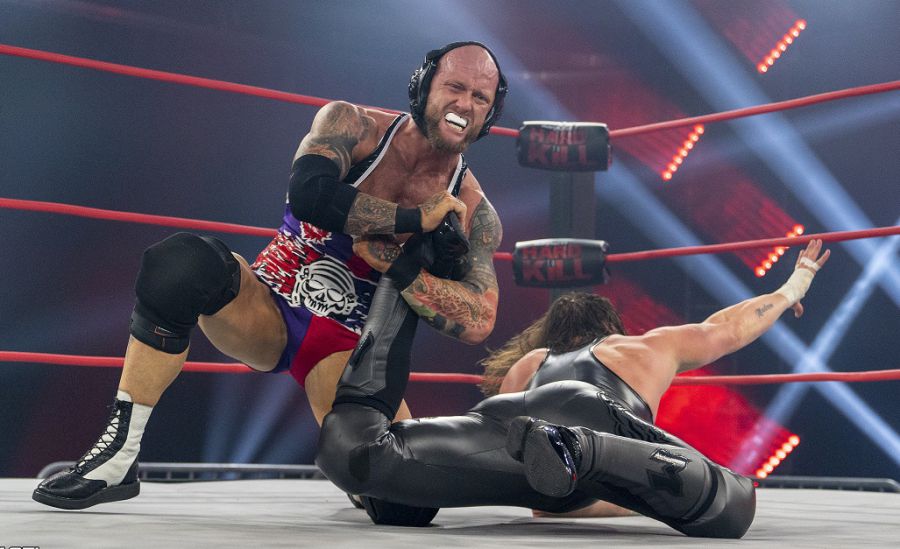 In that light, the question came up as to whether this match should have been showcased in a different way, perhaps a pay-per-view, instead of on the Before the Impact pre-show. But neither one had any misgivings about where the match was taking place.

“Give me a ball and a hoop, and I’ll play all day,” said TJP simply. “It’s not like, in the back of your mind, you gear yourself differently if it’s television or pay-per-view. The athlete in you, the performer in you, you still try to win the game anyway.”

Alexander concurred with that sentiment, noting this was a potential game-changer for Impact’s television.

“We can make history if we deliver, and I think we will. I’ve been blessed with having a lot of ‘biggest moment of your career’ moments. But the thing I’ve learned over time is that it’s always about what have you done for me lately – you have to keep proving that I can hit a home run. In any ball park, whenever you’re in the batter’s box, you’ve got to hit it over the fence.”

And like some of baseball’s greatest home runs, both men think that when the dust settles at the end of the 60 minutes, this match could very well be remembered as one that wrestling fans will remember for years to come.

“I think if this Iron Man comes off the way I think it will on Thursday, (it could be) regarded as nothing less than one of the best matches in Impact history,” predicted TJP. “I think it’s going to happen.”