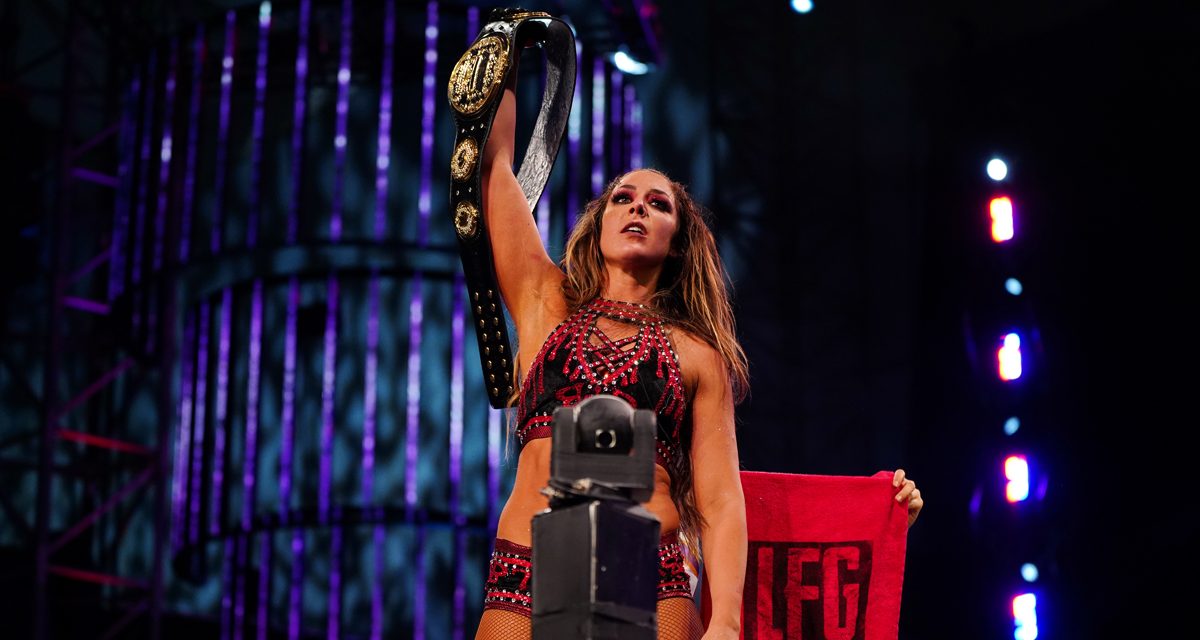 PITTBURGH – Fans of professional wrestling in “Brittsburgh” really celebrated when Britt Baker (not unexpectedly) defeated Hikaru Shida for the AEW Women’s Championship Sunday night at AEW Double or Nothing. It has really become a feel-good story for a sports town desperately in the need of sunshine.

Former WCW color commentator and current afternoon drive radio sports talk show host Mark Madden had the Punxsutawney native on his program earlier in the week and bestowed upon her the city’s “Only Hope” for sports championships. In Pittsburgh, the Steelers underwhelmed in the playoffs, the Penguins had just got run out of the NHL playoffs, and the MLB Pirates continue to be… the Pirates.

Baker cut her teeth at the University of Pittsburgh as a dental student and with the International Wrestling Cartel (IWC), and shared the ring with her longtime boyfriend, WWE’s Adam Cole. The couple were even showcased during chef Anthony Bordain’s visit to the Steel City a few years ago.

She posted a video, bringing the AEW Women’s title to the office.

When AEW made its debut in the city’s Oakland neighborhood for Dynamite in 2019, Baker, then a babyface, was arguably the most popular athlete on the card.

On social media, IWC owner and promoter Justin Plummer shared a six-year-old photo of a T-shirt and glasses-wearing Baker pushing a broom as part of her training. Plummer wrote, “What a journey. Congrats Britt Baker!” He later elaborated, “It was incredible to watch Britt win such a prominent title. To be able to watch her journey from a trainee at the Iron City Wrestling Academy to where she is now has been nothing short of special. Words can’t describe how proud I am to see her success.”

Nick Lendl, an IWC ring announcer who also works for ROH, posted a selfie at his uncle’s home where the relative has a framed 8×10 of Baker at his home. Lendl noted that his photo “had to be around here somewhere.”

Despite working as a dastardly heel, Pittsburgh and much of the AEW fan base were pulling for the real- life dentist to win the gold. Steel City Con, a celebrity and vendor convention, promoted Baker’s June 11-13 return to Pittsburgh more than any other this week… and that includes a William Shatner appearance!

Next up, Baker promised to bring the brand new AEW Women’s Championship belt back home to share it with Punxsutawney Phil. But first comes the Championship Celebration on Friday night’s AEW Dynamite on TNT.