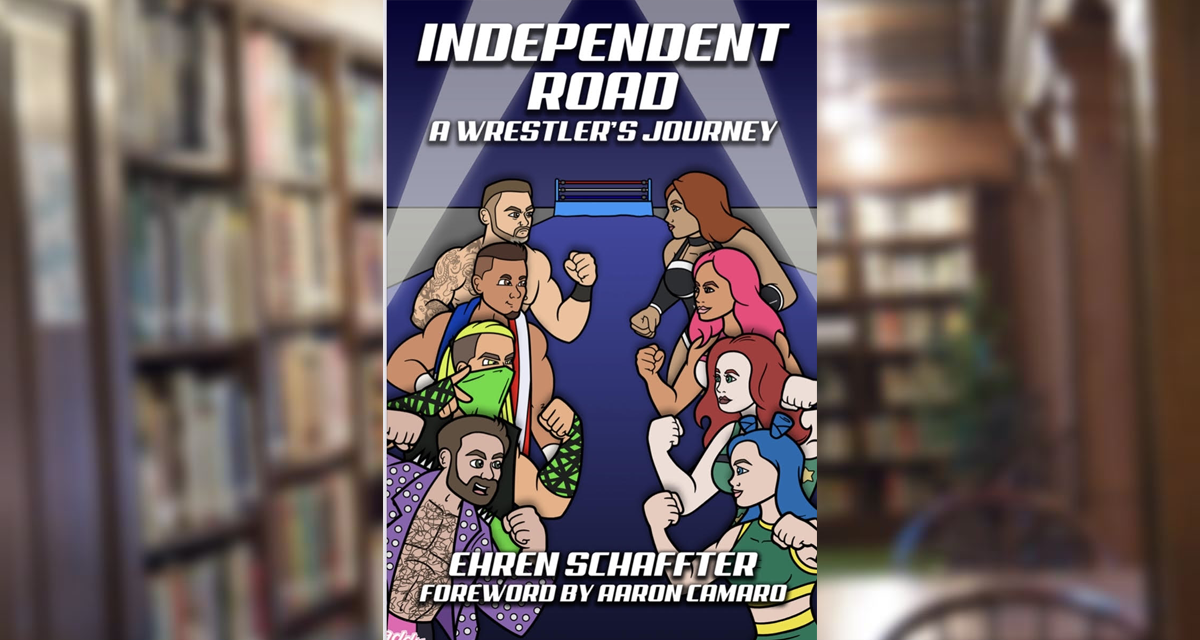 By its very nature… professional wrestling is not exactly known as the most “honest” of professions. And yet, author Ehren Schaffter, in his first non-fiction book, Independent Road: A Wrestler’s Journey, out now from Barnes & Noble Press, has produced one of the most open and truthful wrestling-related books in recent memory. (Schaffter is also the author of two novels: Through the Curtain and Turnbuckles and Coal Dust). 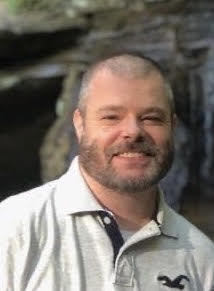 The premise of this book is a simple one.

Professional wrestling, in many ways has never been more mainstream, with the stars of World Wrestling Entertainment (WWE), All Elite Wrestling (AEW), etc being more prominent than ever, not only on television, but in various other media platforms. But what about those wrestlers plying their craft on a lesser stage, those men and women entertaining night after night on the independent circuit, far away from the national spotlight and attention that the bigger companies provide?

Independent Road: A Wrestler’s Journey introduces the reader to a cross section of indy talent including Facade, Tyson Dux, Alex Gracia, Billie Starkz, and LuFisto. Everyone in the book has plotted through the independent circuit and despite confronting innumerable obstacles put in their way, are still trying to carve their own path, all in the hope of one day fulfilling their singular dream of performing on the national stage.

Ironically, and without fail, each of the talents profiled in the book, have the origin of their dream traced to their youth and their time spent watching professional wrestling on the family television. It is that childhood experience which provides the spark for their adult dream, a full circle hope which is to be that star in the center of the ring, under the spotlights, on television with millions watching. And it is that wish, that dream, which sustains the passion inside the independent wrestler, when on all too many nights, their work is rewarded with a hot dog and a handshake, and sometimes even less than that.

In lesser hands, books of this type often lapse into a sameness after you’ve read the first few chapters. But Schaffter, who is also the co-host of the Hot Tag Hooligans Wrestling Podcast on YouTube, deftly avoids this pitfall by casting a wide net: shining the spotlight on male wrestlers, female wrestlers, amateur wrestlers, managers and those representing the many interesting corners of the independent circuit from Hawaii to Quebec, Pennsylvania to Scotland, to Texas and many points in between.

As a result, each of the profiles in the book, while all sharing in the same dreams and hopes, varies wildly in the journey that each talent is on to get there and discouragement is often a constant companion. 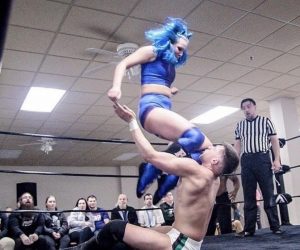 Schaffter graciously steps aside throughout most of the book and leaves the story in the hands of the talent. The featured players speak very openly and candidly about their influences, their beginnings, starting at the bottom, relationships, thoughts of quitting, challenges of balancing a family life, looking for the right persona, travels, trying to get some recognition, finding the right bookings, making the right contacts, battles with self-doubt, and ultimately, the most critical of questions: how long does one pursue the dream? And how does an independent wrestler define success?

What emerges is a book that really gets to the core of the unsung stars of the wrestling industry, offering a rare glimpse into the real person behind the character, and reveals more often than not that the true story can be much more compelling than the fictional one.

Independent wrestling has long been the “backbone” of the business and for almost as long has been overlooked and taken for granted. With Independent Road: A Wrestler’s Journey, Schaffter shines an all too rare spotlight on a memorable cast of characters, and their powerful personal stories.

EDITOR’S NOTE: Independent Road: A Wrestler’s Journey is currently available to purchase from Barnes and Noble. The author says the book will be available via Amazon soon.