Analysis: Reading into Tony Khan’s post-Double or Nothing teases 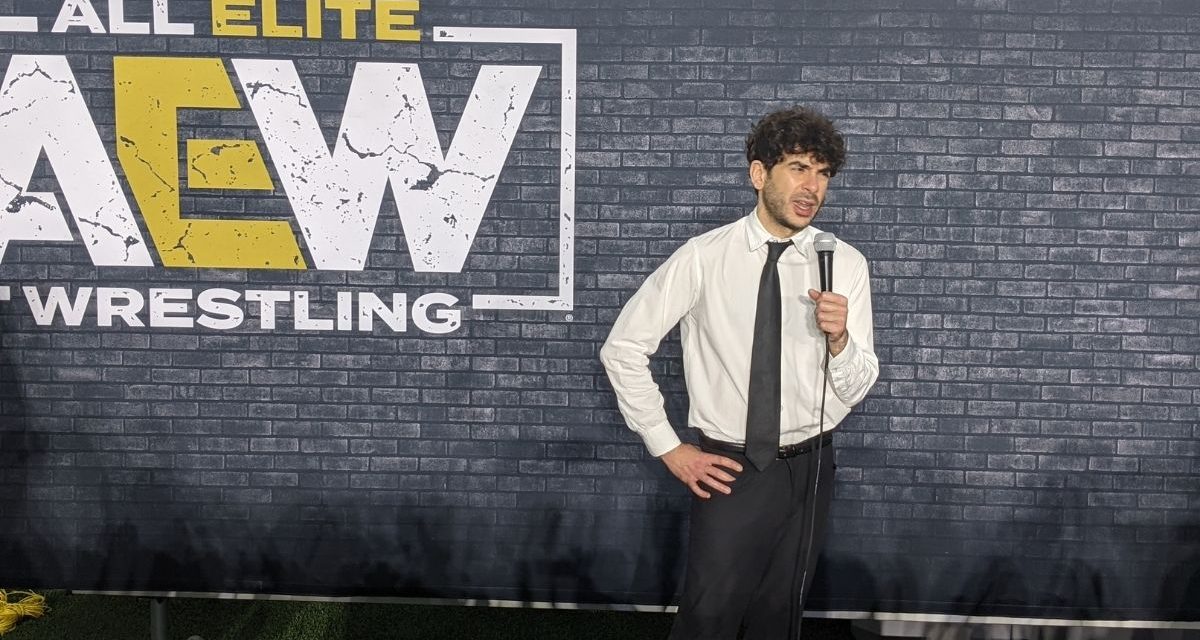 JACKSONVILLE, Fla. – All Elite Wrestling president Tony Khan spoke to the media after Sunday’s Double or Nothing pay-per-view event and, in his first post-show media availability in more than a year, discussed a lot of what the future holds for the promotion as it gets ready to hit the road next month.

Here is a look at what to expect as AEW pivots in several ways over the summer.

During Double or Nothing, the start date of the company’s second television show, Rampage, was announced for Friday, August 13. In addition, former WWE World Heavyweight Champion Mark Henry was announced as the company’s newest coach and an analyst for the new show, which will air at 10 p.m. ET on TNT.

Analysis: When pressed on the format of the show, Khan made it sound as if this show will have a different format than Dynamite and will have a different commentary team, as well. Henry’s role may not necessarily be at the commentary table, per se, Khan said, and he also mentioned commentary will likely be staffed by someone in the company who is, in Khan’s words, a top star, a great wrestler and a great commentator already. It’s difficult to not jump to conclusions and figure he is speaking of Chris Jericho, who has had frequent trips to the commentary table during the last year and change.

“I have a big announcement and I don’t want to blow it,” Khan said, later adding the show will be live to start, but may tape with Dynamite if necessary.

Changes to Dark and Elevation

With heading back to the road and Rampage coming, that means changes are necessary to the company’s developmental shows Dark and Dark Elevation. During the pandemic, AEW could tape matches at will to all hours of the night, with the shows ranging anywhere from 1-2 hours each. Heading back to arenas with fans and curfews, that is going to necessitate some moves.

“The formats will change,” Khan confirmed. “It’ll be different. Elevation and Dark are going to be really different from each other. With Rampage coming in, we have to change how we do things.”

Khan added he doesn’t want to tip his hand, but expect to see more wrestlers signed off Dark and Elevation soon.

Analysis: If the current schedule holds, AEW will have shows four days of the week, with Elevation on Monday, Dark on Tuesday, Dynamite on Wednesday and Rampage on Friday. Elevation and Dark have been nice additions to the lineup and have showcased a variety of wrestlers, several of whom have been signed and are now being pushed in the company. The criticism the company gets is often that angles and happenings on the show aren’t really talked about and people get a ton of wins on those shows and get title shots, or big matches, but you never see them on TV. Adding Rampage should, in theory, solve some of those problems, but it will be interesting to see how these formats change for the long haul and if they will take place in a controlled environment or in front of live audiences. If crowds are available, it would be a disservice to not develop young wrestlers in front of them. However, if the plan is to tape Rampage live on a semi-regular basis, you could also tape matches for Dark or Elevation with it.

Khan discussed the use of licensed music in the show and how they are trying to do more with that. Currently, Jon Moxley, Jungle Boy and Orange Cassidy have licensed music, and you could add Jericho to that list, albeit it’s his own song. Khan also licensed a few songs last year for video packages, one for the Hangman Page-Kenny Omega match at Full Gear and the Brodie Lee tribute video.

However, it’s not as easy as it would seem, Khan said. The company has made some efforts to license more songs to differing results.

In fact, Jericho mentioned after the show they tried to license AC/DC’s hit “Back in Black” for the Inner Circle, but the publisher never even returned their calls. Although Jericho joked that he heard it in a commercial for Applebee’s after, so it must not be that hard.

Analysis: After attending both shows in Jacksonville this past weekend, there’s absolutely no doubt that what the company is paying for Jungle Boy and Moxley’s music is worth every single penny. With Jungle Boy, it has taken him from someone who was very popular to one of the must-see wrestlers in the company. The key is, these wrestlers aren’t just an entrance. They all keep the support once the match is in the ring — they are the total package and that cannot be understated. Is there a line? Tough to say, but using real music was one of the things that made ECW what it was — talents like Sandman, New Jack, et al, were enhanced by their ring entrances. In the case of AEW, the music, plus the company’s rabid fan base, will propel these talents in a big way.

TOP PHOTO: Tony Khan addresses the media after AEW Double or Nothing at Daily’s Place in Jacksonville, Florida. Photo by Matt Bishop.