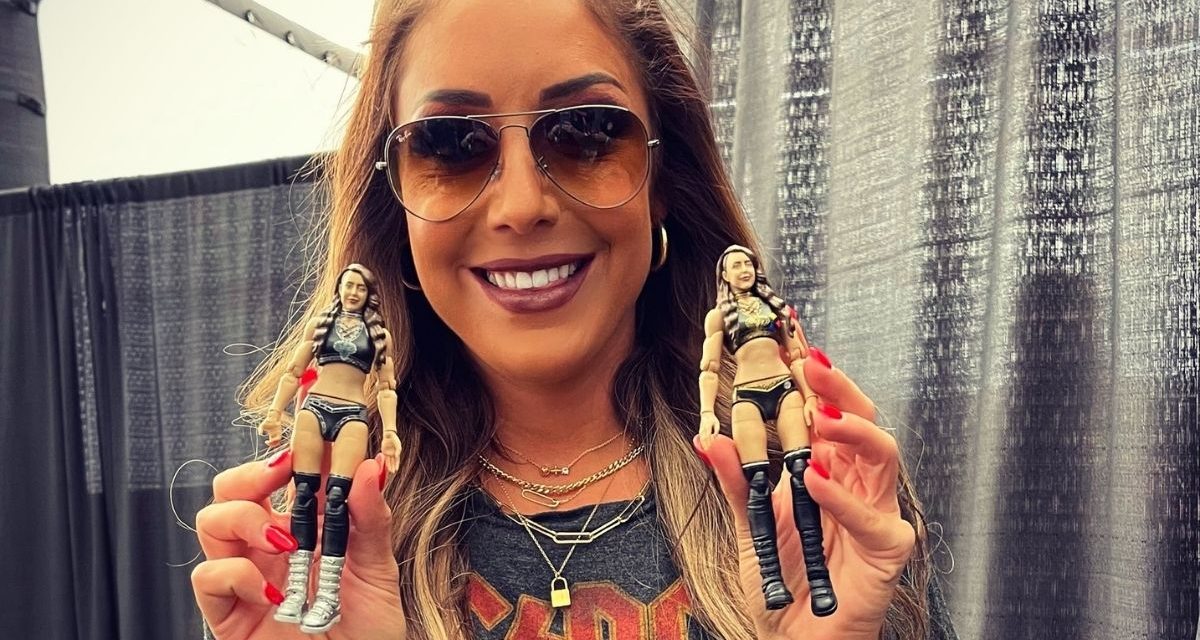 JACKSONVILLE, Fla. — Post-show at a press conference, new AEW Women’s champion, Dr. Britt Baker flipped a little back and forth from her confident on-screen character to the real person, thankful and overjoyed at her win over Hikaru Shida.

For the longest time, she professed that she was “a real role model” and now she is the champion.

“It’s the start of a new era, and I believe that, because I don’t think I’m just the face of the women’s division, I’m the face of AEW and a face of the industry right now. And I take a lot of pride in that, because I worked my ass off. And I like I said on Busted Open [radio], you can’t look away when I talk, when I open my mouth. I am an undeniable talent, this is my time,” she said early in the 10-minute chat backstage at Daily’s Place, after AEW Double or Nothing concluded.

Technically, Baker is a heel, but was very over with the fans. None more than her family, who were there for the moment.

“We’ve come a long way from … lying to my parents about where I was driving late at night to wrestling training, because I was afraid to tell them I wanted to be a wrestler,” she chuckled. “It’s so surreal because, my family, I’m so close with them, they’re my rock, my core, and to have them here for this and to see how excited they were, it’s just something I’ll have forever, forever, ever and ever. It’s better than a birthday or graduation. My life right now is professional wrestling and my family is my life.”

Baker said that she called her boyfriend, NXT’s Adam Cole, already, and “he’s super super happy,” and that, as a family, they were going to call her grandmother and tell her about making Shida tap out to the Lockjaw.

Then, she flipped personalities again, when the question is asked, “Do you validate the title or does the title validate you?”

“I think a little bit of both because I talk a lot of shit.”

Two years ago, Baker was the first woman introduced as a part of AEW’s roster. She addressed the growth.

“I have mixed feelings about it because there was a lot a lot of criticism early on, really harsh criticism, and that’s fine. Maybe some of them were right, maybe I wasn’t ready,” she said. “But I learned how to be a TV wrestler and entertainer, in front of the world. That was my growing process, and everybody got to see it. I brought some of those fans along on the journey, that’s why they changed their tunes, because they got to grow with me and now I’m one of the best wrestlers on the planet.”

A follow-up question asked her to further explain what she meant about becoming a TV wrestler.

“It’s really just learning the people that I clicked with, to ask for advice,” she said. “I have a very close working relationship with Tony Khan. … He believed in me when I almost didn’t believe in myself and a lot of people doubted me. He’s always believed in Dr. Britt Baker.”

She mentioned Chris Jericho, Cody Rhodes, Kenny Omega: “We have so many wrestling coaches here. You’re an idiot if you don’t take advantage of it.”

AEW President Tony Khan noted in a separate press conference that Baker’s growth really began at the beginning of 2020. “She started to show a dark side and then later, just weeks later, on the Jericho cruise she talked about Tony Schiavone’s previous employment at Starbucks, belittled him, which led to a lot of great character interaction and friendship between them. It is really a big deal now and Britt grew as a character. But then really in the last year Britt grew as a wrestler.”

Naturally, Baker talked about Schiavone, and the two shared an emotional post-victory hug.

“Tony is one of my best friends. We talk all the time, we Facetime, we’re very, very close. He had a lot to do with who I am today. He’s the one holding the microphone for my first promos ever,” she said. “To be my working husband, so to say, and then one of my best friends outside, to have him there, it was so important. But I can’t imagine this night without having a hug from Tony Schiavone, because he’s such a part of who I am and it was really special.”

The other name was her second / comic foil, Tanea Brooks, known as Rebel or Reba, depending on the day.

“She’s like Tony Schiavone, she’s a huge part of Dr. Britt Baker, DMD. I’m never without Reba, inside of the ring, outside of the ring, she’s my right hand woman and keeps me sane and keeps me a little insane too when I need to be. So I definitely love Reba.” (Note that Reba hit Baker with a crutch mid-match, but it didn’t cause the finish.)

At Saturday’s fan fest, it was announced that — after much lobbying — the good doctor is finally getting a “Little Britt” action figure. She still took a shot at Cody Rhodes, noting that he already had a dozen figures, and “ten more on the way.” 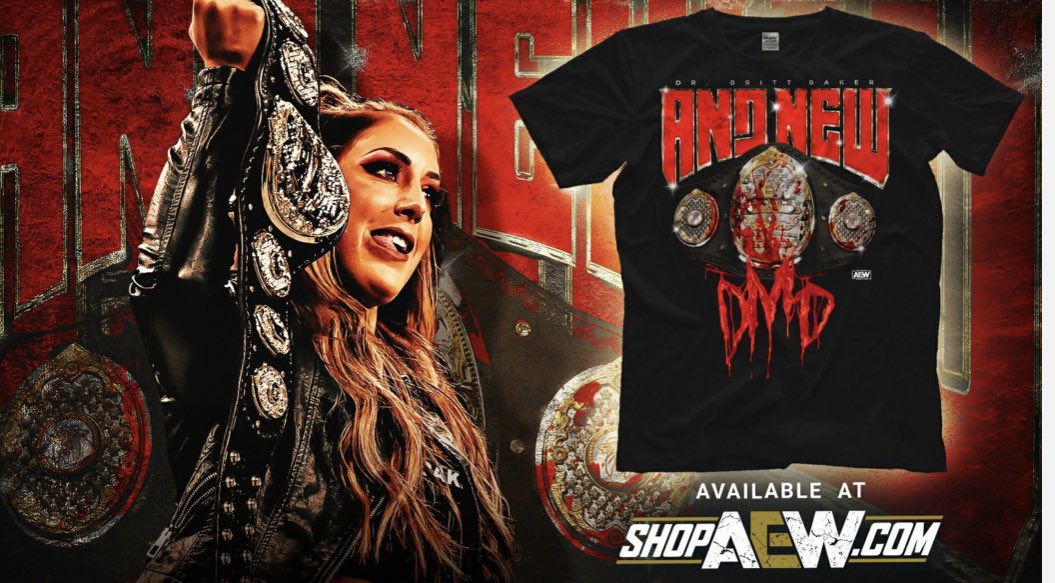 The merch is part of the plan, and a new T-shirt hit the stands last night. “I just want to continue what I’m doing because it’s working, boosting the TV ratings, the merchandise sales, the star power. When I when I’m on the screen, I want everybody to be watching and whomever I’m in the ring with, by default, they’re watching them too. So that’s what I want to do, is elevate.”

That goes for her dental office too — and dentistry keeps her “grounded.” The champion is coming home, title belt in hand. “The staff already said if I win it, I’ve gotta bring it in to the dental office,” she said. “My staff would kick me out if I didn’t bring it in.”