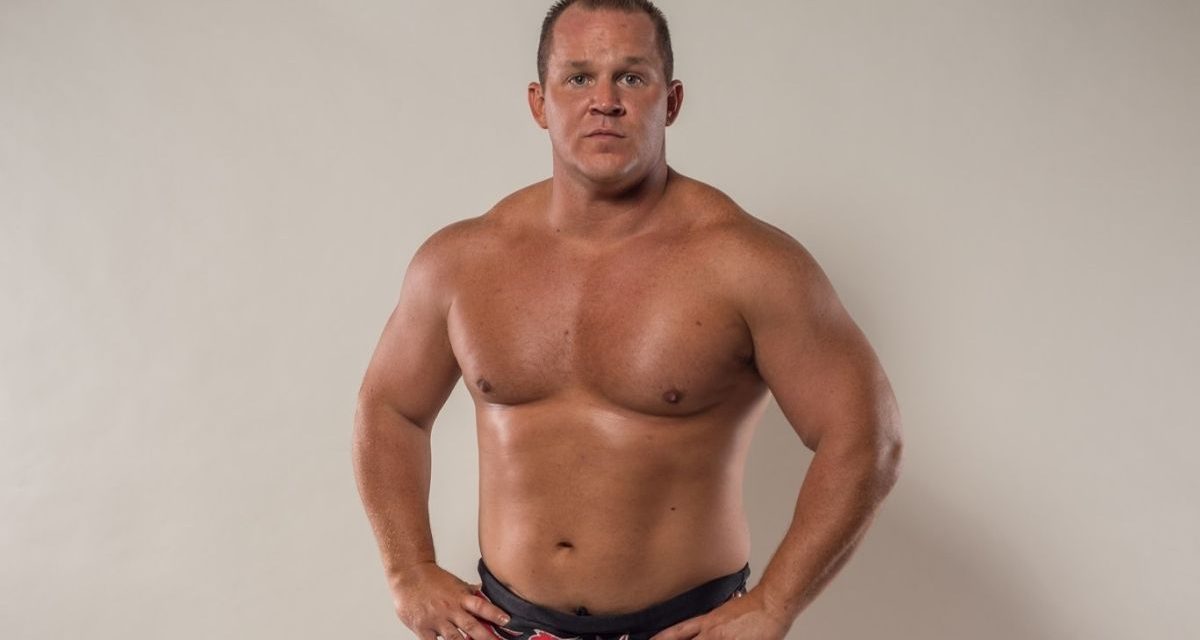 Steve Madison, a 20-year veteran of the Florida pro wrestling scene, is about to add yet another accolade to his already extensive résumé. After spending most of his career putting others before himself, his dedication and contributions to the sport of professional wrestling will be celebrated on May 28th as he gets honored at the Florida Legends Luncheon on May 28th.

The luncheon, hosted by Championship Wrestling from Florida, was originally put together by likes of Gordon Solie, Brian Blair, Hiro Matsuda. Later, Steve Keirn, one of Madison’s early trainers started coming out too. The idea is to honor wrestlers that have had an impact on the Florida pro wrestling scene, which fits Madison perfectly. It is by invitation only and not open to fans.

Not only was the 38-year-old Madison  (real name Stephen Favata) a mainstay of the wrestling scene in Florida following the end of the Monday Night Wars, but he was also a key player in training wrestlers at the time as well. In 2007, a 24-year-old Madison made his way to Florida Championship Wrestling (FCW), which was WWE’s main developmental territory at the time. While there, Madison was the main trainer for WWE’s women’s division, then known as Divas. He played a major role in helping several women – such as Victoria, Natalya and the Bellas – polish their skills and prepare them for their main roster careers.

It was exceptional for someone so young to be brought in as a trainer in WWE. Then again, exceptionalism seemed to be a theme in Madison’s entire career. Madison was scouted by Steve Keirn and was brought into to Keirn’s wrestling school, which was run by Jimmy Del Ray. That was critical in itself because they didn’t advertise for the school. Prospective wrestlers had to find them, get recruited or be referred. And even then, nothing was guaranteed.

“Once you got in you almost had to try out to be accepted for further training,” Madison recalled to SlamWrestling.net. “It was like a Japanese [wrestling] dojo in that you had to earn your way in. People from all walks of life came in to try and become a wrestler and it didn’t work for a lot of them because they didn’t have it physically. They drilled you with push-ups, sit-ups, laps, drills and other conditioning stuff. You had to prove yourself before you could get in the ring and learn to wrestle.” 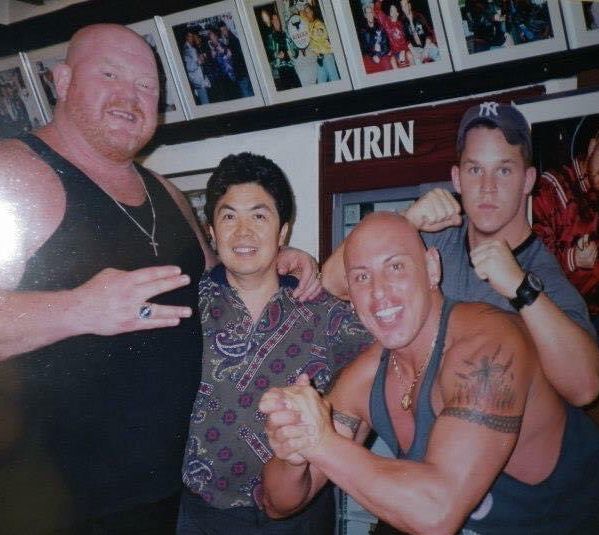 Madison was one of the few that made it past the conditioning tests and moved on to the actual wrestling training, which he described as, “going through Army Ranger school or Navy SEAL training.” His dedication soon caught the eye of Hiro Matsuda, who lived in the area, and he passed Madison’s name along to Tiger Hattori, who had a close working relationship with Riki Choshu. Hattori saw Madison and eventually got him booked in Japan, and he was paid to train in one of their dojos. And from there, Madison got to live one of his biggest dreams: working with his favorite wrestler, the same Riki Choshu. 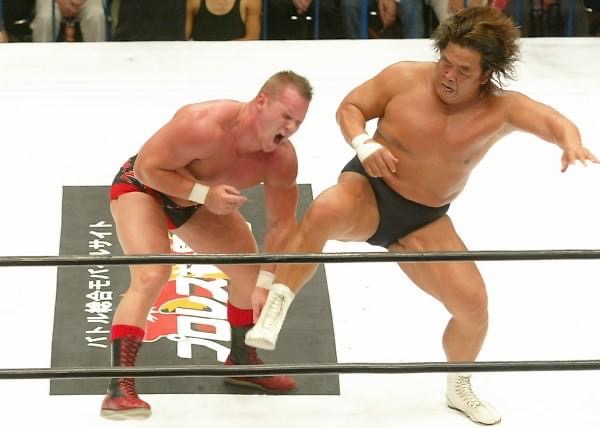 At the time, Choshu ran his own fledging promotion called Fighting World of Japan Pro-Wrestling, also known as World Japan. The promotion was built around Choshu at first, and he needed Madison because of his size and look. Standing 5-foot-10 and weighing 210 pounds, Choshu and the bookers saw Madison as another Chris Benoit. Thus, Madison wrestled like the Benoit/Wild Pegasus of old, which earned him respect from the veterans in Japan at the time. That respect translated into multiple successful tours of Japan, which wasn’t something that came easy for many foreign wrestlers.

As the years went on, Madison went on to wrestle a veritable who’s who in pro-wrestling in both Japan and North America. On top of facing Choshu in many matches, he also wrestled Choshu’s protégé Kensuke Sasaki, Japanese legend Genichiro Tenryu, NJPW ace Hiroshi Tanahashi, Prince Devitt (Finn Balor), Shingo Takagi, and Claudio Castagnoli (Cesaro). He also told an interesting story of how, when he first met Big Van Vader (Leon White), with whom he’d be working, that the much more experienced Vader treated him like an equal. This went against so many stories of Vader bullying or roughing up rookies, which seemed to be aplenty during the early-to-mid-2000s.

That said, Madison witnessed Vader’s legendary stiffness in the ring. During a match that also involved Takao Omori; Vader stiffed Omori so much that Omori turned around and punched Vader’s nose “so hard it turned green. Not red, not purple. GREEN!”

Much of Madison’s in-ring success took place when he was younger during the 2000s. After his wrestling career stalled following his release from FCW, Madison turned to the fire department and became a firefighter in St. Petersburg, Florida. He still works there today, and is just as dedicated to that career as he was in wrestling. As we chatted, our conversation was interrupted a few times by moments of tense silence as Madison checked an announcement to see if he had to end abruptly to return to work. But despite that, Madison was more than happy to discuss his pro wrestling career and all the things he experienced.

But being a firefighter hasn’t extinguished Madison’s passion for wrestling, not by a long shot. Not only was he more than enthusiastic to talk about his career, but he also seems to be experiencing a career renaissance. He still wrestles on occasion as he passes the 20th anniversary of his wrestling debut. He recently wrestled Lee Moriarty and praised him for being someone that made wrestling fun again and that can work any style, which is something he also takes pride in for himself.

He is also very, very proud of the Legends recognition, as he is being recognized for his contributions from people that have come before him. He’s happy for the memories he has, for the matches he’s had, and for being able to work in both WWE and in Japan. But ultimately, it’s a different feeling altogether when someone else praises and honors you for what you’ve done in pro wrestling.

“It’s as best as you can get without being in the WWE Hall of Fame,” Madison concluded.

EDITOR’S NOTE: The origin of the Florida luncheon was clarified from the original post.