At 62 years of age, it seems only fitting that after years of battling the rigors of colon and liver cancer, Hiro Matsuda would go out fighting.

The wrestling world was saddened to hear about his passing this weekend. Many in the wrestling business reflected on his special career.

For his entire career, Matsuda was considered a wrestler’s wrestler. Known for his incredible cardiovascular fitness inside the wrestling ring, he was one of the toughest wrestlers in the business.

Away from the ring, his friends and peers remember him as a class act.

“Hiro was a prince of a guy to meet and know,” Dory Funk Jr told SLAM Wrestling from his home in Ocala, FL. The former NWA World Heavyweight champion wrestled Hiro several times, including a one hour draw in his father’s Amarillo promotion im 1968. He also worked side by side with Matsuda during his stint as booker for Eddie Graham’s Florida Championship Wrestling. 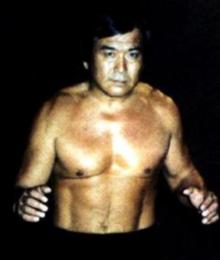 “He was the premium athlete (and) Eddie Graham built his Florida territory around his skills. He was a real tough guy, but (away from the ring) he was a quiet, nice man.”

“I’ve known him since I was a kid,” said former WWF star Bob Orton Jr. “He trained me when I started. He worked me very hard and very intensely. He was a quiet guy and he had a lot of class. He was a real gentleman and a pleasure to be around.”

“He was my best friend over the last few years,” said an emotional Howard Brody, president of the NWA. “He was very private, very disciplined and he didn’t take to burden people with his problems. He was just thankful for the life that wrestling had provided him.”

Brody was also business partners with Matsuda from 1993 to the early part of 1999, syndicating English versions of New Japan Pro Wrestling shows in Europe. Despite having seen Matsuda perform, Brody remembers Hiro Matsuda the man.

“My fondest memories of Hiro have nothing to do with wrestling,” admitted Brody. “We had traveled to Europe (to syndicate the show) and I just remember travelling with him to France and Monaco and seeing the sites.”

Matsuda was renowned as a solid mat technician who knew his way around the wrestling ring and someone you could learn from.

“You really could learn from Matsuda just by watching his matches,” admitted Funk. “I, myself, learned a lot from watching Hiro work inside the ring.”

Matsuda wrestled all over the world, including Japan, Mexico and Peru. Trained by Rikidozan (the father of Japanese pro wrestling) and Karl Gotch, Matsuda was a an archetypal performer.

“Hiro was like the Bret Hart of his era,” opined Funk. “He had a knowledge of what made a good wrestling match and he knew what wrestling fans wanted to see in a match. He combined wrestling with showmanship like nobody else.”