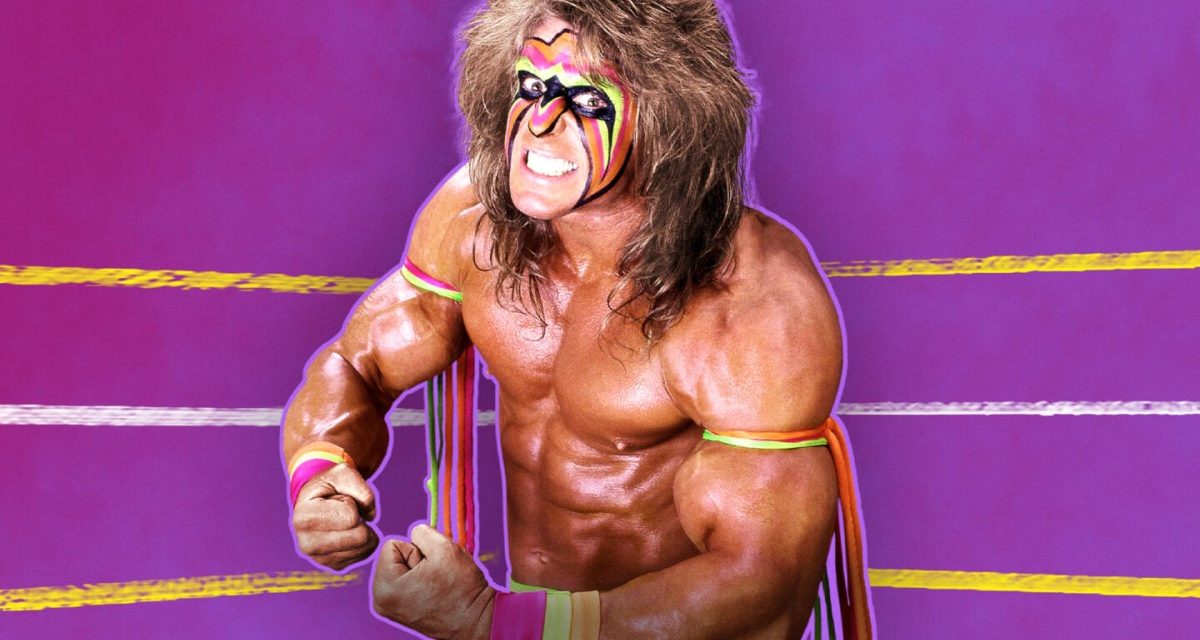 So, which type of Ultimate Warrior documentary will we get on A&E’s Biography? Will it be the “I can’t believe you all bought into this guy” rhetoric of WWE’s 2005 DVD The Self-Destruction of The Ultimate Warrior? Perhaps it will carry the more respectful and reverential tone of their 2015 doc The Ultimate Warrior: Always Believe? One thing you can be sure of is that it will play it safer than this week’s upcoming Dark Side of the Ring episode focused on the very same Ultimate Warrior — which you can check back on Slam Wrestling for our review.

His daughter Indiana makes a nice analogy about how Warrior would read to them at night and leave out the scary or dark parts. She says that was great for when they were young, but they don’t live with that luxury since he died. She says you have to tell the whole story about The Ultimate Warrior.

Chad Venters, PhD., Warrior’s biographer, Gary Pate, his football coach, Ryan Beck, a childhood friend, and David Shoemaker, wrestling author, are the chosen voices to take us through the youth of Jim Hellwig. With his father leaving the family when Hellwig was 10, football and weightlifting became an escape and passion.

His mother, Donna Stull, is at once happy to look back upon her son’s youth, but breaks down as she speaks of how much it hurt her four kids when their father left. We see Warrior’s other daughter, Mattigan, boxing in the gym, talking about the connection she feels to him when she’s working out and yelling.

Steve Borden, much better known as Sting, from a clip in 2014, recalls meeting Hellwig in Gold’s Gym and being in awe of his physique. Hellwig was chasing a national championship in bodybuilding, but became frustrated that he couldn’t crack the upper echelon and make the money he dreamt of.

Gold’s Gym actually put together a couple of tag teams to try and get a foot into the wrestling business, and they received a call from Jerry Jarrett. Soon afterwards, The Freedom Fighters, under their real names of Steve Borden and Jim Hellwig, pop up in Georgia Wrestling. The team wasn’t connecting, though, so Borden explains that the heel turn into The Blade Runners suited them much better.

The show is taking its time through Hellwig’s time before wrestling, and certainly before his time in the WWF, all to the credit the documentary’s promise to tell the whole story.

Jerry Lawler doesn’t look back fondly on the skill-set of either Borden or Hellwig, and they don’t last too long as a team. Soon, Hellwig is in World Class Championship Wrestling. Dave Meltzer recalls how perfectly Hellwig fit in with the style of wrestlers like the Von Erichs, and he’s soon wearing what will become familiar facepaint and arm tassels, now christened The Dingo Warrior.

Of course, if Hellwig fit the profile of a WCCW wrestler, he was born to be in the 1980s WWF. After checking the box of paying tribute to Vince McMahon for his creation of the WWF wrestling boom, the show gives us a survey tour of the now-Ultimate Warrior’s early WWF career, from his early squash matches, to his adrenalized Intercontinental Championship win over The Honkytonk Man at SummerSlam in 1988, and his feud with André.

I must say, understanding how iconic the shot of Hulk Hogan slamming André at WrestleMania III has rightfully become, Biography picks a shot from a house show when Warrior did the same thing, and it’s a much more impressive looking slam.

One hour in, and we catch up for the first time with his widow Dana, along with both daughters. They only show up here briefly to throw us back to Warrior’s march to meeting Hulkamania head-on. Paul Heyman provides a nice analysis of the inevitable professional jealousy that was bound to exist between Warrior and Hogan. You know who doesn’t show up with anything to say? Hogan, interestingly.

The Ultimate Warrior’s championship win at WrestleMania VI marks the halfway point of the show, and it’s coloured by a clip of Warrior in 2014 saying he had reached the pinnacle of the business, but was wondering within a couple of days: what’s next?

We see rough footage of The Ultimate Warrior shooting an apology video, which was his penance for telling off a young fan at an airport, and he is having a very hard time completing it, not feeling that he was in the wrong at all. The show adds this humbling experience to his divorce from his first wife Shari, plus the loss of the WWF Heavyweight Championship, and paints a picture of Warrior at his wits’ end.

He pens a letter to Vince McMahon before SummerSlam 1991, demanding many things including more money. McMahon responds with a letter of his own, delivered after Warrior’s match at SummerSlam, detailing the reasons why he won’t be be receiving what he wants, and is instead being suspended.

However, as is routine in the world of professional wrestling, what is old becomes new again. With Hulk Hogan later caught up in the 1992 steroid scandal, McMahon brings The Ultimate Warrior back for another round. It’s not long, though, until Warrior is failing drug tests himself.

He is fired again and opens up Warrior University as a gym and training school, where he meets Dana. He puts out a comic book about some cosmic adventures. Yet, it all comes back to the WWF once again as he returns at WrestleMania XII. Very little is told of this time, as it skips straight to the end when he is fired for missing dates due to the death of his father. McMahon, in a clip from The Self-Destruction of The Ultimate Warrior, chides him for using that as an excuse, seeing as he was hardly close with his dad.

Next up, the wheels seem to fall off completely, as Warrior adopts a new identity as a conservative blogger. If you don’t remember this time of Warrior’s life, he was busily posting bigoted, homophobic, and jingoistic opinions, which came, according to Dana, from an affinity for talk radio shows like that of Rush Limbaugh. There’s footage of a speech given by Warrior at The University of Connecticut in 2005, in which he states, among other things, that “queering doesn’t make the world work.”

Many students are seen turning on him, and Dana says that he knew what he said was wrong. The WWE seemingly severs ties with him through the Self-Destruction production. Dana claims to not have watched it, and that “people would not be alive if I had watched that DVD.” Let that sentiment sit with you as you will. We are invited to forgive Warrior for his statements, beliefs, and what Dana calls his ignorance, all in the interests of moving on. The show wraps up with Warrior’s Hall of Fame induction and his demise soon afterwards, with his final moments told heartbreakingly by Dana.

In the best, but not perfect, episode of this series of Biography episodes yet, everyone’s faults are laid bare and it felt the most like a third-party, non-promotional telling of a career and life. It will likely always feel that Warrior’s life and career has layers that will never be completely open or understood, but tonight we receive a balanced estimation of both Jim Hellwig and The Ultimate Warrior.