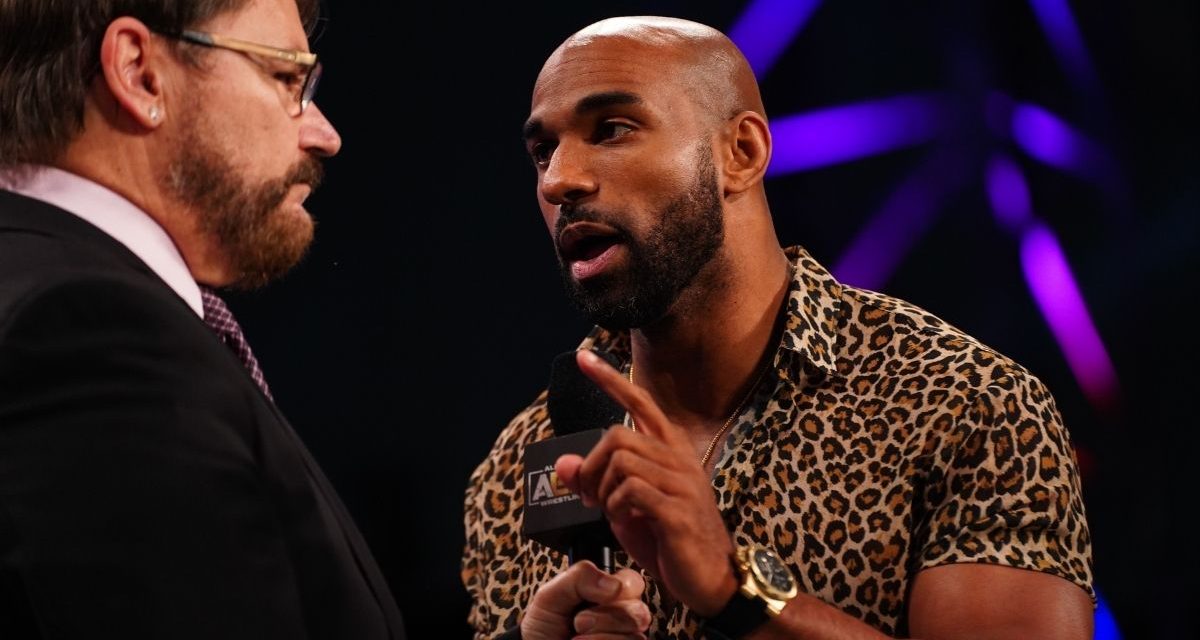 AEW’s Double or Nothing pay-per-view is a week away, on May 30, and Scorpio Sky has a prominent spot on the card and a request from a friend — Don’t hurt Sting.

Scorpio Sky revealed the details of the message during a chat with Jason Agnew of Sunday Night’s Main Event radio. The interview airs on tonight’s broadcast, available here.

At Double or Nothing, Scorpio Sky (Schuyler Andrews) teams with Ethan Page to face Sting and Darby Allin. It’s Sting’s first in-ring match since getting injured by Seth Rollins in WWE, in 2015 at the Night of Champions PPV.

“Everyone in my generation grew up watching Sting. I had a buddy of mine text me, he actually works for the other company, and he’s like, ‘Bro, Sting was my favorite wrestler growing up, don’t hurt him.’ I just laughed about that. And you know, Sting was one of my favorite wrestlers growing up too,” said Scorpio Sky. “He can still go he still has that magic, when he all he has to do is walk out and there’s just something special about him. He has that IT factor. And he brings a lot to the table still even this late in his career. Again, I’m honored to be a part of it, and I think it’s gonna be a great match.”

Scorpio Sky is not worried about facing the 62-year-old grappler.

“I have no hesitations about it. I think he is a professional. He’s an intelligent person and he wouldn’t be stepping into the ring if he wasn’t ready. If he wasn’t medically cleared, emotionally cleared, mentally ready, I think he wouldn’t put himself in that position,” he said. “Aside from that, he’s stepping in the ring with two of the best, with just Ethan and myself so there are no hesitations. There’s no worries. I think we’re just going to go out, we’re all going to perform to the highest level of our abilities and we’re going to put on a great match.”

Things happen fast in AEW. Scorpio Sky was one of the original tag team champions, with Frankie Kazarian, in the three-man team, SCU, with Christopher Daniels. Now, SCU appears to be toast, and Scorpio Sky is teaming with Page, who has only been in the company for a few months after leaving Impact Wrestling.

While Scorpio Sky was referring to an angle where Darby Allin was tossed down the stairs, it speaks to the bigger picture. “Things things happen so quickly that I can’t even explain how or when or how things come together but they just come together. It’s almost like magic and a lot of times I don’t know what I’m going to be doing 10 minutes from now. You just kind of roll with the punches and go with it, and things change often. But you you have to be willing to bend and roll with the times and so that’s just kind of one of the things that I’ve been able to adapt to and get good at. That’s what I’m really excited about. I’m excited about Double or Nothing. I think it’s gonna be a great pay-per-view.” 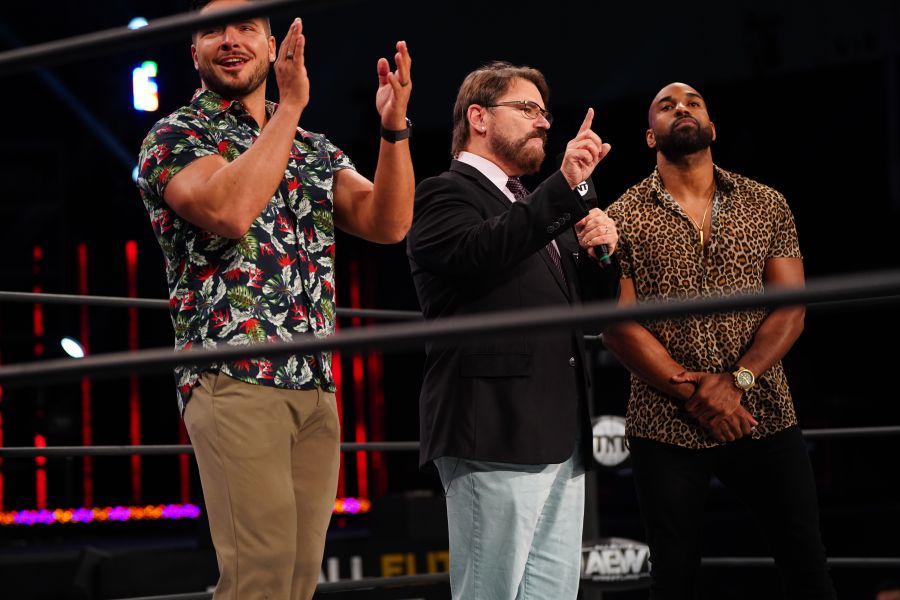 That pretty much describes the partnership with Page too and the yet unnamed tag team.

“At first I was a little bit, like, not hesitant, but a little curious as to where this was going to go. Working with Ethan has actually been really, really good. It’s something different. It’s something fresh. I can bring a little bit of my personality out more than before and we have this weird chemistry that actually works and people are getting behind it and they like it,” he said.

They didn’t really know each other but Scorpio Sky said that “everything is just clicking on all cylinders” and that they make good villains.

In the rest of the SNME interview, Scorpio Sky talks about his growing confidence, the additional TV time coming in the future for AEW with the addition of the Rampage show, and how heavy the strange prize was when he claimed the Face of the Revolution ladder match.

The entire interview is available here, or sign up as a Patreon for even more from SNME.