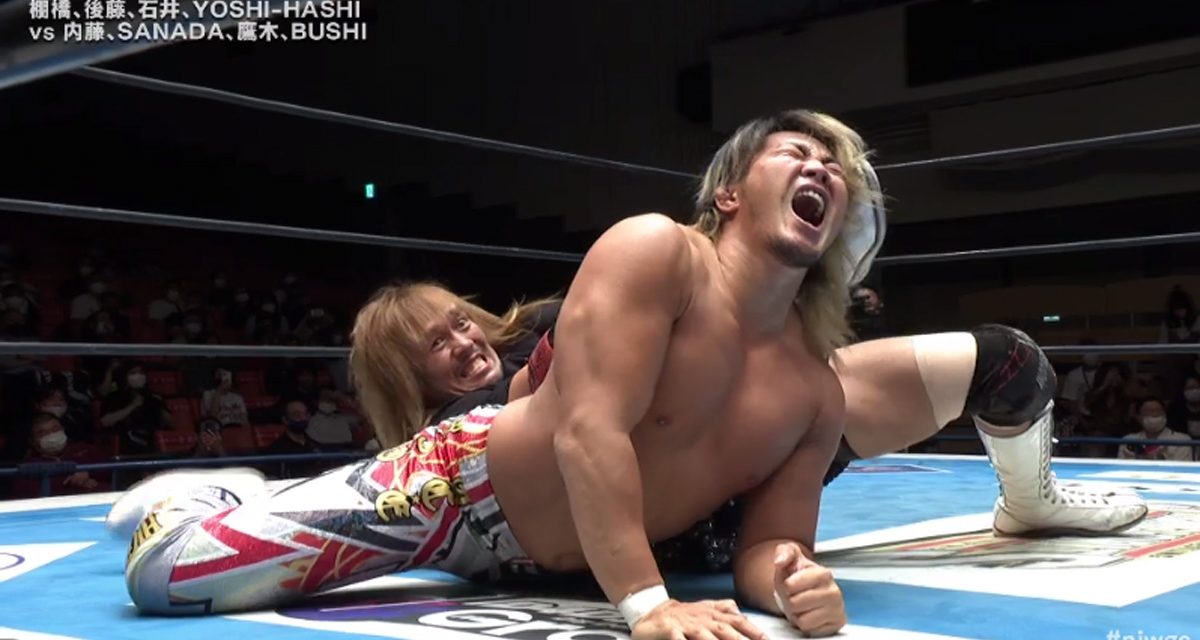 Hampered by some COVID absences, injuries and cancelled events due to the pandemic, NJPW soldiered on with their Road to Wrestle Grand Slam tour today. Although the card wasn’t a muddled mess it was lackluster simply because the promotion has had to juggle around its talent and cut feuds short. Their biggest headache is the injury which forced Will Ospreay to surrender the IWGP World Heavyweight Championship. There has been no word yet on how NJPW plans to crown a new champion.

A small but interesting change as the match begins is that Red Shoes is wearing a mask. It is red, of course. Naito refuses to wrestle Ishii. He tags out to Sanada. Sanada teases locking up but he tags out too to Naito. Ishii complains to the official. Naito tells Ishii to just relax.

Naito ducks out of a lock-up so Ishii pummels him. Bushi distracts Red Shoes as Sanada and Naito double-team Ishii. Ishii handles all three members of LIJ on his own.

LIJ targets Tanahashi’s perpetually injured knee cutting him off from his pals. The Ace finally rolls out of Sanada’s clutches tagging Goto in. Later on, Bushi lands in a world of trouble. Hashi has him in the Butterfly Lock. Sanada saves him from having to tap out. Bushi escapes a suplex to give Hashi a Code Breaker. Bushi tags in Takagi who cleans Hashi’s clock putting him away with Last of the Dragon. Naito and Sanada swarm Ishii on the floor. They beat the crap out of him and leave him laying…or so they think. Ishii rises, rolling back in the ring punching Naito. Ishii’s comeback is short-lived. LIJ put him down again. Naito scrapes his boot across Ishii’s face for good measure.

Yujiro pins Tsuji with a clothesline and a Pimp Juice DDT.

Tonga gives Tenzan some Mongolian Chops but they don’t have the same effect. Jado interferes and gets some proper Mongolian Chops for his troubles. Honma lands a flying Kokeshi and a diving Kokeshi on Loa. As Honma bounces off the ropes, Jado whacks him with his kendo stick across the back. Loa makes Honma tap out to his Operation Jado Killer crossface. 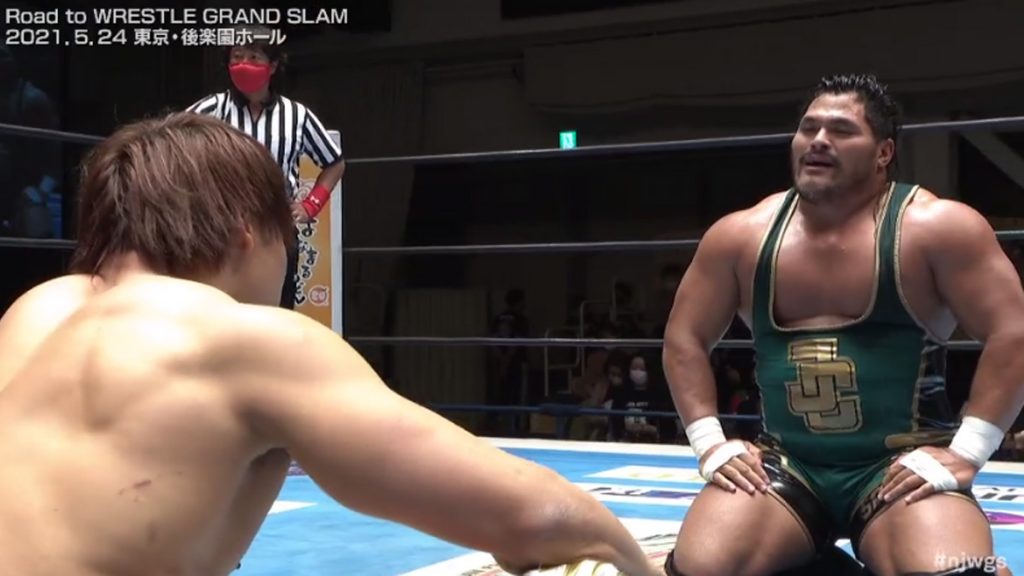 Wato runs off the ropes. Cobb catches him and throws him up into the stratosphere. Cobb taunts Ibushi by giving Wato a Kamigoye and a Tour of the Islands for the win. Cobb and Ibushi get in each other’s faces.