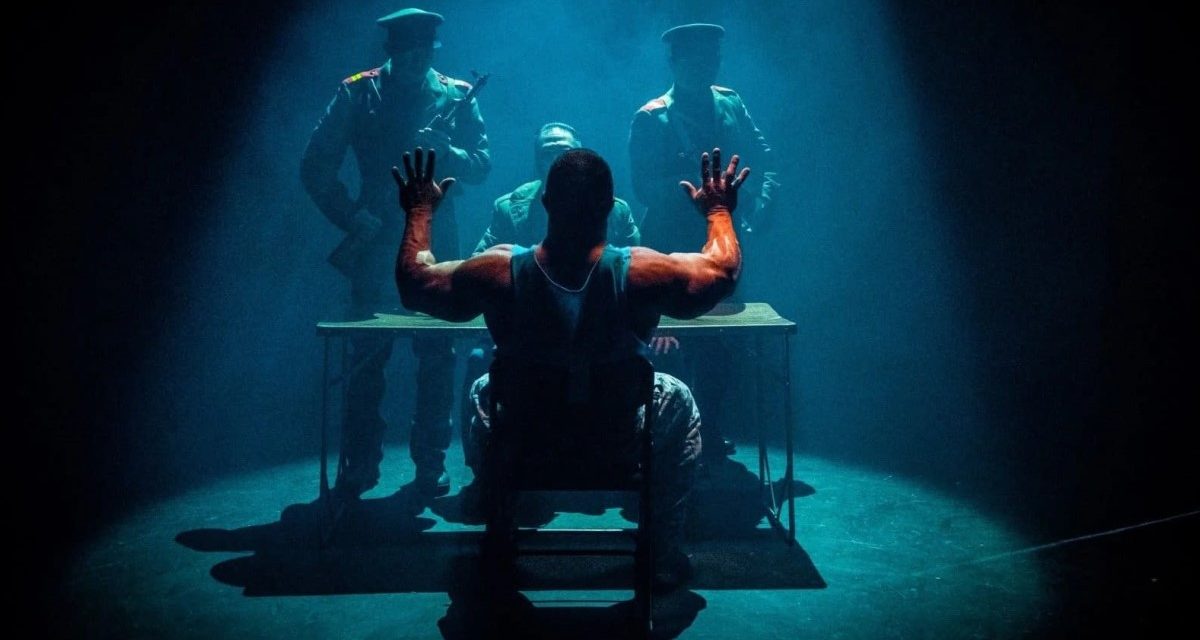 A host of WCW and NJPW stars, a boxing legend, and the mercurial communist country of North Korea put on a wrestling show in the mid-90s. The results, as detailed in this week’s episode of Dark Side of the Ring, were as bizarre as you’d likely expect.

April of 1995 saw the North American scene teetering on the brink of a big breakout, with the Monday Night Wars between WCW and the then-WWF about to do gonzo business in trying to one-up each other. That goes some way to explaining how WCW’s Eric Bischoff, seemingly always looking for unique angles to draw attention to the company, went into business with New Japan Pro Wrestling on the brainchild of Antonio Inoki: to put on a wrestling spectacle in North Korea.

North Korea was not a country bent on opening itself up to the world, and there was a storied, bloodied history between Korea and Japan. On paper, this didn’t make a lot of sense, except that, as tonight’s show proposes, what North Korea may have been seeking were American celebrities to appear as supporters of their country.

The Dark Side of the Ring crew presents a well-told history of the spectacle, featuring many of the big names involved like Inoki and Bischoff, but they’re somewhat hamstrung by a simple fact of the whole affair: not much came of it. The show teases all sorts of reality-show style bait such as: what will happen if the wrestlers don’t get their passports back for the return home?  Well, they did. What would happen if 2 Cold Scorpio attacked Road Warrior Hawk, as he details his plans to have done so? Well, he didn’t.

Even the poetically-described hardships of the wrestlers, deemed “days of gruelling conditions and life-threatening situations”, which certainly seemed serious and not to be taken lightly, were also represented in the documentary by decidedly non-threatening tales such as Scott Norton’s yarn about not being able to play pool.

We open with Bischoff, who had one thing on his mind: getting more eyeballs on the WCW product. As vice-president, he committed to re-strengthen the connection with NJPW, bringing Japanese talent to wrestle in America while sending American stars to Japan as well. Inoki reached out to Bischoff about putting on the event in North Korea — which would be billed as a Peace Festival. Bischoff connects the pitch to Inoki’s aspirations in politics, and another major player in the event, Muhammad Ali, had also long pictured himself as an ambassador.

The show focuses very much on the WCW wrestlers and their travelling to North Korea and, beyond Inoki, don’t tell much of the Japanese wrestlers at all. Footage of the wrestlers arriving at the airport: Ric Flair (Inoki wanted Hogan — but Hulk said no); Scott Norton, 2 Cold Scorpio, The Steiner Brothers, Chris Benoit, and Road Warrior Hawk, is fun to see, intermingled with the show’s signature re-creations.

Norton describes the arrival with military personnel confiscating his passport and his Walkman — “anything American”. Marc Chinoy, a CNN correspondent, brings a unique voice to the documentary as he was there covering the wrestling event. The weird, bizarre experience, as he describes it, was marked by the juxtaposition of cultures.

He also points out the carefully staged public appearances by the WCW wrestlers: such as being filmed laying flowers in honour of the deceased North Korean leader Kim Il-sung, who had died a year prior, even though they would have had no particular reason to honour him.

Norton recounts his frustration rising as the wrestlers are followed by military escorts everywhere, have nothing to watch on TV, and when they try to play pool the game is angrily stopped by the guards when Norton cues the ball off the table. Bischoff tells of going for a run on the dark, deserted streets, and as the sun the rose he describes people, terrified of an American running towards them, opening a path for him to run by.

In another serious/doesn’t sound too serious anecdote, Scorpio relates a beef he’d held against Flair (blaming him for getting fired from WCW). As most of the wrestlers were on a bus waiting to depart, Hawk sees Flair come out of the hotel and wonders aloud if he’s looking for someone to ride with. Scorpio says “F— him”, and claims that Hawk comes back laying the n-word on him, and the two came to blows.

Out of context, it sounds like an average day on a high school bus.

Next, Norton tells a story about getting on the phone with his wife, telling her what a “shit-hole” the country is and, hearing the click of a hang-up, believes it was her getting angry with him. He’s soon pulled from his hotel room and taken to a dark room where he’s accosted for what he said about North Korea. He apologjzes and promises there will be no more — but says he doesn’t doubt that he could have died in that room.

A smaller portion of the show is given to describing the event itself, focusing on the pageantry of the pre-show and the subdued, reaction-less crowd.

Until, that is, it came to Inoki versus Flair. Rikidōzan, Inoki’s mentor, had hidden his Korean nationality and claimed he was Japanese throughout his career, but he is killed by the Yakuza when that truth came out. The documentary describes how, after his death, Rikidōzan became something of a folk hero in North Korean culture, and Inoki’s connection to him was rewarded by the only energetic reaction by the crowd in the two-evening, massively attended show (reports of attendance range, but somewhere around 300,000 people attended over the two nights).

In the end, as Flair kisses the pavement in Japan upon safe landing and a safe exit from North Korea, there’s no clear major win for anyone involved. Inoki’s political ambitions didn’t gain anything. WCW didn’t make any great hay from the show, either. More than anyone who stepped between the ropes, North Korea probably had more right to claim a victory.

All in all, it’s an interesting slice of history and well-worth the watch.

Slam Wrestling’s Dark Side of the Ring Story & Review Archive