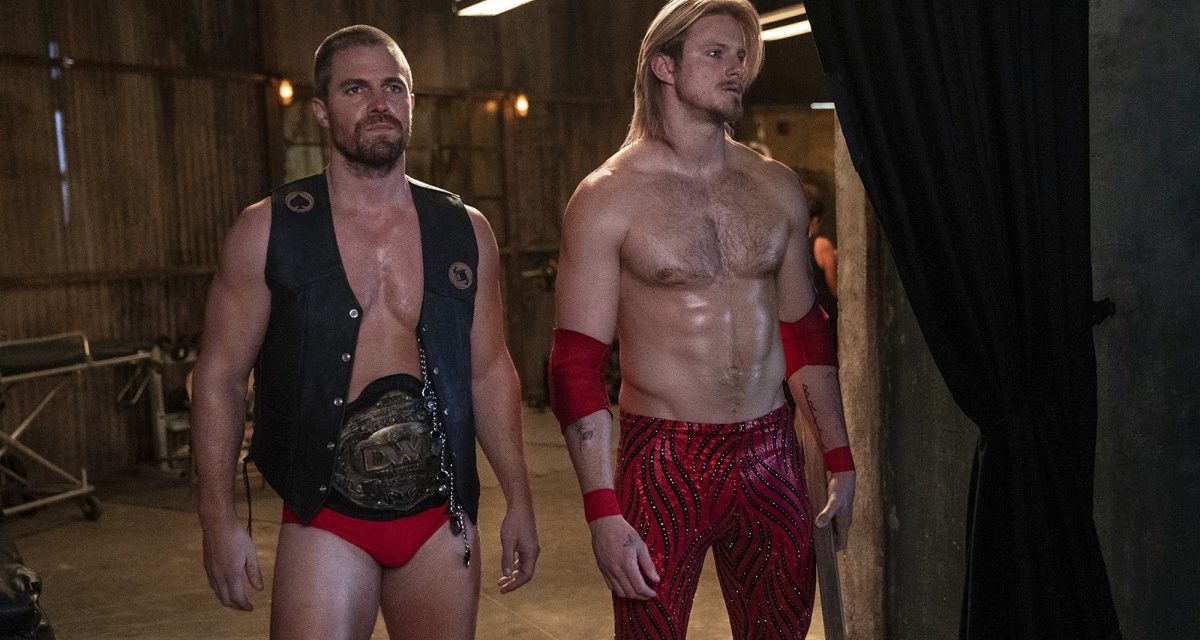 It has been a banner run for pro wrestling-based dramatic series lately, with Netflix’s GLOW (sadly) in the rear view mirror, Young Rock right in front of us, and now Heels inching closer to a premiere sometime in the summer on Starz TV. In the case of Heels, you can almost trace the journey of the show back to SummerSlam 2015, when one of the stars, Stephen Amell, teamed up with Neville to take on Stardust and King Barrett.

Amell is a self-described lifelong wrestling fan, and his encounter with Stardust also spawned a coincidentally-timed friendship with Cody Rhodes. After SummerSlam, Rhodes appeared on TV’s Arrow, which starred Amell as Green Arrow and effectively let both Amell and Rhodes pop in on each other’s worlds. Amell continued to dip his toes into the wrestling world, as Rhodes brought him onto the multi-promotional pay-per-view All In (September 2018), and the two appeared together again in AEW, with Amell supporting Rhodes in his match against MJF at Revolution in February 2020. 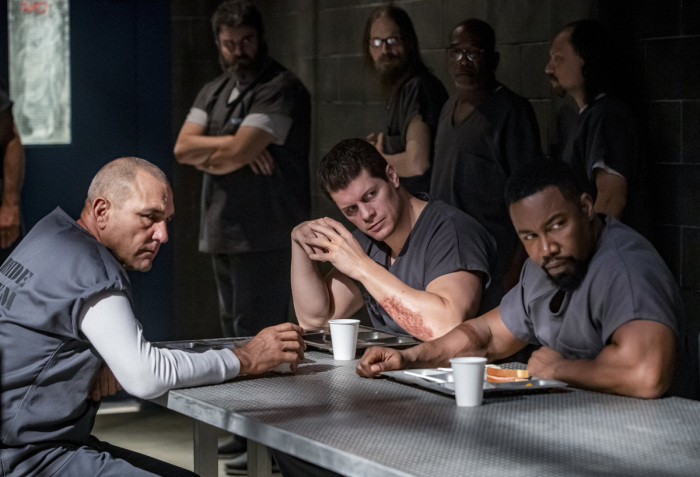 They even share connections in a whole separate business, as Nocking Point Wines, co-founded by Amell, features a Cody Rhodes-inspired pair of wines: one “Dream”, and one “Nightmare”.

Which means that by the time Heels premieres later this year, nobody should be surprised anymore to see Amell in the ring, let alone up front and centre in a show that seems to take its subject matter pretty seriously. The setting of the show has brothers, played by Amell and Alexander Ludwig, fighting in and out of the ring in an attempt to bring their father’s wrestling promotion back to life.

Although the production schedule went through some shuffling after Amell suffered both an injury while filming, as well as having contracted COVID-19, the show announced that filming had wrapped on their opening season, leaving it open as to when we can expect the premiere.

The show, created by Michael Waldron (who has a hand in some big Marvel projects coming up: Loki on Disney+, and the Dr. Strange sequel, as executive producer and writer respectively), will feature wrestlers such as Rhodes (naturally), Luke Gallows, and CM Punk (who has playfully commented on his experiences in filming for the show via Twitter), so there are some deep wrestling roots to give the show some legitimate weight.

Please welcome @CMPunk to @HeelsSTARZ — He was a little rusty in the ring yesterday, but I assured him it was just like riding a bike. pic.twitter.com/EyoxizTKyQ

Even Alexander Ludwig has a pseudo-connection to wrestling, having co-starred with Dwayne Johnson way back as a kid in Race to Witch Mountain.

Stay tuned to Slam Wrestling for updates on the show.