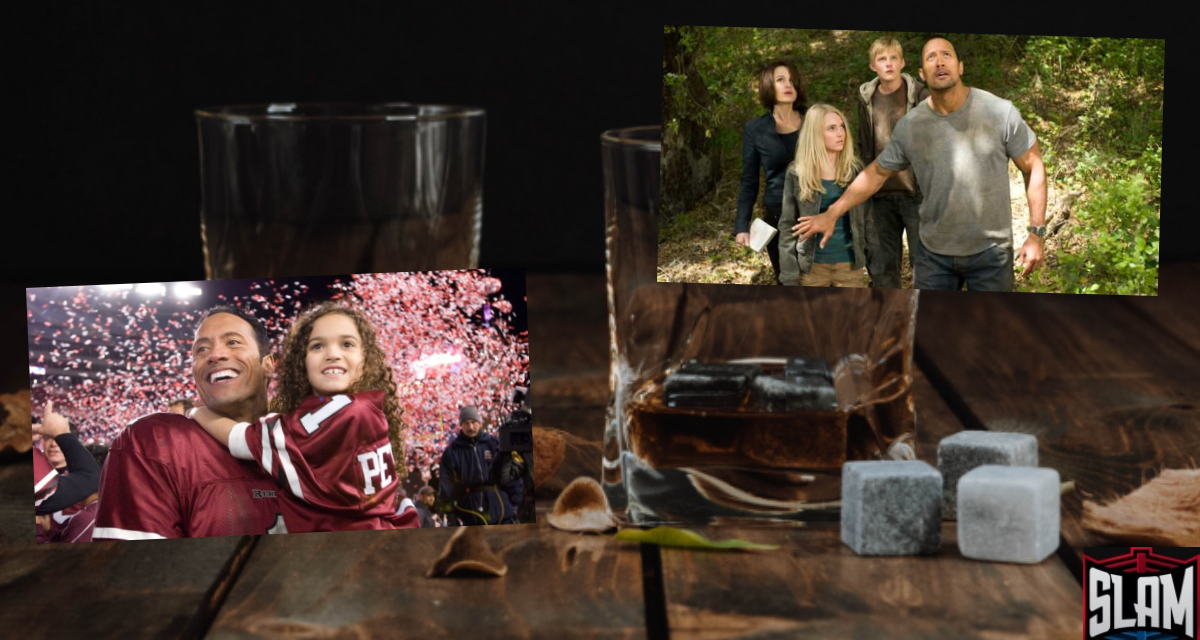 One can argue that the lines of “Sports Entertainment” became more and more blurry with the rise of new platforms/mediums to watch, and as more and more wrestlers cross over from the squared circle to the silver screen. There are many who do it successfully, like Dwayne “The Rock” Johnson. Since his debut in The Mummy Returns as The Scorpion King, The Rock has turned in movies that are either really good (see any Fast & Furious movie, as covered by Dave Hillhouse), or they make you want to drink to forget how awful (see Baywatch).

With that, we debut the new column “Squared Circle Cinema & Shots.” It will be an ongoing column of wrestling stars becoming movie stars (or at least movie actors!), and how much drink it takes to handle their “acting.” Each movie will be graded on how many shots and/or accompanying drinks are needed to tolerate what your eyeballs have just been exposed to. For example, a single shot means it’s good enough to handle and still keep a few brain cells. Four shots means “Turn in your keys. You should not be driving; but your hangover will remind you never to see this again.” (Or your shots could be apple juice; no one is making you drink!)

Since Dwayne Johnson’s new television series about his formative years called Young Rock debuts on February 16th, I felt like this was a good way to start the column and revisit his first forays into family films. The two movies we’ll be reviewing can be found on the Disney+ streaming service, so let’s jump into: the first film:

Billed for the first time as Dwayne “The Rock” Johnson, he stars as Joe Kingman, a primadonna quarterback who lives the bachelor’s life until he has to care for a daughter from a previous relationship – who he had no idea existed. It also stars Kyra Sedgwick as Stella Peck, the uptight football agent helping Joe navigate this family crisis. Other notables include Morris Chestnut as Travis Sanders, the wise, wide receiver family man, and Madison Pettis plays Peyton Kelley, the cute as a button daughter that teaches Kingman the meaning of being a dad and warms his, and our, hearts.

This is an example of the best dialogue from the film:

Peyton Kelly: My mom says that she fell in love with you because you played guitar and you sounded just like Elvis.

Joe Kingman: Really? [In Elvis voice:] Well, what do you think?

Peyton Kelly: I think she was tone deaf, and you sound more like a wounded moose than The King.

I give this movie three shots of Teremana Tequila (or whatever tequila makes you feel good), and mix it into a good stiff margarita for the following:

As Disney movies go, this is just dumb family fun for those football families out there, and it’s good fun for the family, showing The Rock in something other than an action film filled with DOOM (we’ll review that later — my brain and liver can only handle so much). It’s goofy enough (pun unintended) for kids, but still OK for families. However (for the adults) if the cuteness gets too much, start mixing immediately!

If the cuteness was too much for you, let’s balance that out with:

Yes, folks, in this movie, the Race is on (according to the tagline). This is a reboot of the previous Disney forays into science fiction movies Escape to Witch Mountain and Return to Witch Mountain, with The Rock playing Jack Bruno, a world-weary Las Vegas cabbie with a past. The co-star of this film (and screen goddess, IMHO) is Carla Gugino, who plays Dr. Alex Friedman, the sexy scientist who wants to believe in life on other worlds (Fun Fact: This is the first of three times Rock and Gugino have been in a film together, the others being Faster and San Andreas). AnnaSophia Robb and Alexander Ludwig play Sara and Seth, the teens who are more than they seem.

The plot for this movie has Bruno getting caught up with two weird kids that mysteriously enter his cab who turn out to be otherworldly (literally), and with the help of  Dr. Friedman, it’s a race against the clock to get the kids back to their home planet to save humanity. But evil government agents (because, what other kind is there?) and Predator-y-like aliens try to thwart our heroes at every turn.

Best line of the film:

Jack Bruno:  “Don’t go into the pimped out Fridge…”

This movie deserves 1 1/2 shots of Teremana Tequila or maybe a Mexican Mule (which is a Moscow Mule, but you swap out the vodka in place of tequila) for the following:

This is a good reboot of the original, and it has some little cameos from the original “Witch Mountain” franchise, as well as some other sly references to other Disney films. The other neat thing about the movie is the references to Star Wars, and this was at a time before the Mouse House absorbed that franchise into the powerhouse that it is today. I wish they did more films like this. Also, The Rock and Gugino have great chemistry on-screen, and their comic timing just shines through, even when dealing with creepy blond kids.

Thanks for coming by.  Until next time, save me a seat and a shot!