Bourne gives readers a ‘crown jewel’ of a book 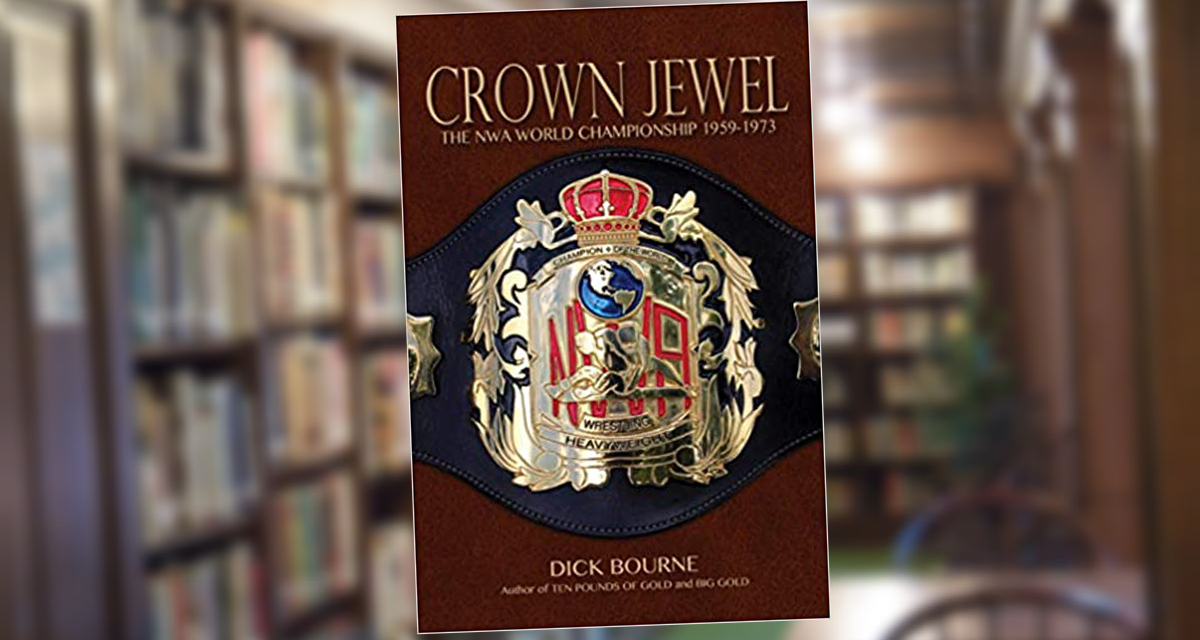 When it comes to the history of wrestling as it concerns the Jim Crockett National Wrestling Alliance (NWA) territory that includes Virginia and North and South Carolina, Dick Bourne is the foremost authority. A native of Mount Airey, NC, Bourne is not only interested in the history of the NWA, but also the design and lineage of its championship belts. Bourne has written several books on the history of the NWA title belts and his most recent is Crown Jewel: The NWA Championship 1959-1973, out now and self-published.  It is a short but comprehensive look at the title reigns of seven NWA champions in this time frame albeit one without an actual belt to carry! 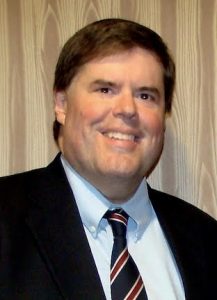 I asked Bourne why he chose to write a book about title belts and not really concentrate on the men that held them. Bourne, in an interview with SlamWrestling.net replied, “When I first became a wrestling fan in the early 1970s, it was the belts that caught my attention the most, especially early on. I’ve always loved them. The belts seemed to be more important to the wrestlers than anything else. They were important to the wrestlers, so that made them important to me as a fan. When I decided to start putting together these book projects, the belts seemed to be a great way to visually connect with folks, to rekindle the memories of the championships they represented and the title histories I wanted to write about and document. As far as this particular project, I laid that out in the preface to the book, the information Tim Hornbaker sent me about the origins of the crown belt proved irresistible to me, and I wanted to document the belt that proceeded the ’10 pounds of gold’ and the ‘big gold’ belts that represented the NWA title.”

Crown Jewel starts after a brief history of the origin of the NWA and continues on with the decision to take the NWA title off Lou Thesz because Thesz was tired of the road and wanted to work his own schedule. What the promotion didn’t take into account was that Thesz owned the belt and took it with him when he left.  New champion Dick Hutton (Thesz’s hand picked predecessor) would win the title on November 14, 1957 and lose it on January 9, 1959 without ever having a real title belt to carry to the ring with him. Bourne explained, “Dick Hutton not having a title belt at all (and Pat O’Connor as well for the first nine months of his reign) is one of the most embarrassing chapters in NWA title history if you ask me. And really odd that it took them so long to have one made after Thesz left with his belt. As mentioned in chapter three, Hutton wore the WLW-TV title to the ring for much of his title reign. No doubt that had to hurt the credibility of the title to some of the fans during that era.” EDITOR’S NOTE: According to Bourne, the WLW-TV title was named for “the call sign of a TV station in Columbus, Ohio that aired live wrestling in the early 1950s for Ohio promoter Al Haft. Haft created the title in 1951 to be defended on his TV show and in his larger cities such as Columbus, Dayton, and Cincinnati. The title was only around for about three years (1951-1954) but Haft kept the old belt in his office. Hutton borrowed it after winning the NWA title from Thesz in 1957 (it isn’t clear if he asked for it or Haft suggested it) to use as a belt he could wear to the ring since the NWA had no world title belt at that point.” 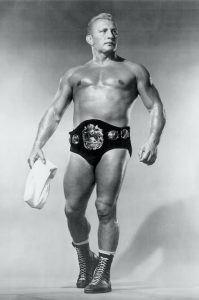 Buddy Rogers with the “crown jewel.”

A jeweler and belt-maker in Mexico City was commissioned by Sam Muchnick to create the new belt. Amazingly, even for 1959, the belt cost a paltry $780. “I think people will be surprised at the dollar amount, a piece of history that came directly from NWA balance sheets, but in fairness, we’re talking about 1959 dollars, and with inflation, the belt cost then roughly what it might cost today,” stated Bourne. “Plus, the NWA likely got a good discount given the path it took to have the belt made.” The name of the belt comes from the crown that sits atop the belt as its focal point. Bourne covers all these points in the book as well as describing the details of how the belt looked to the point he could tell that there were two different versions of this same belt, most likely due to the wear and tear of traveling and being thrown around in the ring.

When I asked Bourne about why the NWA and its champs were not as concerned about the appearance of the belt and didn’t insist on having input in its design, Bourne said he felt the champs viewed the belt as just a gimmick. They just wanted a belt that was colorful and looked nice for the fans. I am sure there were many pro wrestling fans back in the ’50s and into the early ’70s who shared Bourne’s passion of the belt itself. Due to my own curiosity, I also asked Bourne if he found out any interesting stories about the belt that he did not share in the book. Bourne shared,“Well, as I said somewhere in the book, the information and stories I uncovered and learned about weren’t new. It was all just new to me. I think it works that way for most of us. The history is there just waiting for us to discover it, and then maybe help record it, and share for others to learn and enjoy. The story I learned about and wanted to get into and didn’t (other than a brief mention in the exhibits) was the NWA having dual champions in 1957 for a short time (Thesz and Edouard Carpentier). I was curious as to what belt Carpentier wore as NWA champion. But it was too outside the focus of the book. I’ll probably work on learning more about that when I get to my book on the Thesz belt and the world title history from that point forward (1937-1957).” 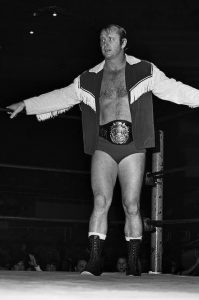 Crown Jewel: The NWA World Championship 1959-1973, is a must read for fans of wrestling history, for fans of championship belts and fans of the NWA.  Besides the details of each champion’s title reign, Bourne has many excellent photos, clippings, programs and other items detailing the NWA crown jewel title.  While there are not any huge mysteries revealed in this book (for example, what actually became of the physical belt once it was replaced by the 10 pounds of gold belt prior to Harley Race losing the NWA title to Jack Brisco), but for the history minded wrestling fan, this is an excellent account about the lineage and physical appearance of this particular NWA championship belt.