Behind the Gimmick Table: Hong Kong collector Ng has an eye for the unique 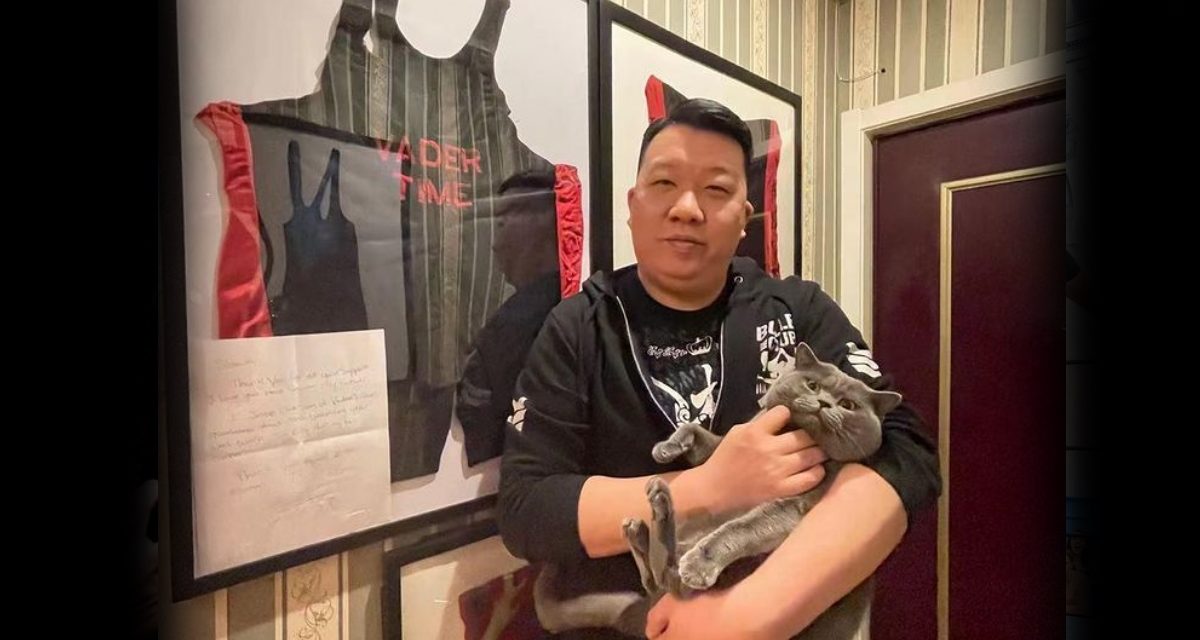 In many respects Shawn Ng has one of the most impressive pro wrestling collections you’ll find displayed on social media. It includes many prototypes, unreleased figures and ring-worn wrestling gear from legends in the industry.

It all started when he became hooked on wrestling upon seeing a random bit of New Japan Pro Wrestling TV in 1983 as a preschooler. But for a fan in Hong Kong of the 1980s, finding any wrestling, yet alone action figures and collectibles, was a nearly impossible task.

In the 1970s, though, wrestling had been available on TV in Hong Kong. “My parents were casual fans of the Australian version of the WCW with Mario Milano and Mark Lewin and those guys,” Ng explained to SlamWrestling.net. 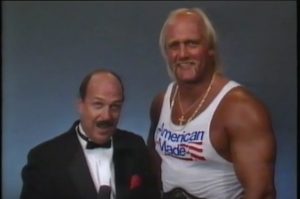 Hulk Hogan and Mean Gene Okerlund as they appeared in a live segment of the Hulk Hogan’s Rock ’n’ Wrestling cartoon.

As a next generation fan, Ng got to see a few WrestleManias in the latter-part of the ’80s, but his primary fix came from an odd source: Hulk Hogan’s Rock ’n’ Wrestling cartoon. “I didn’t really care much about the cartoon. It was too cheesy even at that age. But every Sunday morning I watched. The one thing I really wanted to watch was those 20-second clips of live wrestling in the end credits.”

Another memory that stands out for Ng is his first time seeing a wrestling figure. Although a memorable occasion, it wasn’t an opportunity he jumped on. “I saw one or two loose in one of the second-hand toy shops. The Iron Sheik. I could recognize that guy as one of the wrestlers, he always had recognizable gear and the signature mustache right when I saw it I knew it was a wrestling figure… It was beat up as hell.” Considering the condition and not having a proper opponent for the Sheik, Ng passed on that purchase. 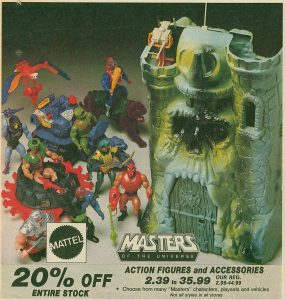 A vintage 1980s advertisement for Mattel’s Masters of the Universe figures.

Before having the opportunity to truly get into wrestling figures, Ng’s action figure interests in Hong Kong focused on Masters of the Universe. He gave his attention to other lines as well, but the He-Man and company were his core interest. Even after having access to a few Hasbro WWF figures later, the Masters of the Universe were repurposed to bolster his ring roster.

A big life change would come for Ng as he entered junior high school, moving to the United Kingdom to attend a boarding school. While the extreme change came with a lot of challenges, the bonus was access to wrestling figures and collectibles.

Through his semi-weekly excursions into town, Ng was able to more than satiate his wrestling hunger, increasing his appetite with every outing.

It all started with a Pro Wrestling Illustrated magazine featuring a Vader poster. From there Vader became a favorite and each outing that followed led him towards more wrestling merch. Ng would ask anyone he could where he could find wrestling figures to buy. 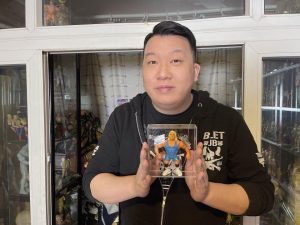 Collecting at boarding school posed numerous challenges. “I would always have to put them in tub boxes, these gigantic chests every student had,” he recalled. “Or I would leave them in my classroom in my desk. One day that backfired on me. I had 20 [Hasbros] in my desk and one day they were gone…”

Between his trips to collectible stores and flea markets in the UK and the limited selection in Hong Kong Toys R Us locations while at home on holidays, Ng was able to cobble together a complete Hasbro WWF collection. It also helped that he was a “bad student” and spent more years away attending different schools all throughout the UK to graduate than he should have.

With the dawn of satellite TV and tape trading, watching wrestling became easier for Ng. But the real milestone in his collecting came upon graduating and returning home to Hong Kong. 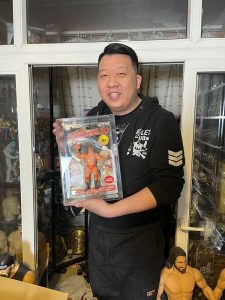 China is the major production hub for action figures of all designs. It houses the factories where most major releases are made. The underground network of collectors proved a tough nut to crack due to the scene being predominantly Star Wars centered and catering to wholesalers. But after befriending the right people, Ng made some progress. He networked through the community in order to know the key places and players where he could score wrestling figures no one else could.

These networks have provided Ng with a collection boasting unreleased figures and prototypes that never left China.

But his collection has expanded further.

Ng has abandoned the popular Mattel line of WWE figures he calls “overproduced.” His intention is to not only collect his favorites, but to attain rarities that Mattel does not provide. Instead his interest has gravitated towards limited AEW releases from Jazwares that cater toward discerning collectors and actual ring worn gear. 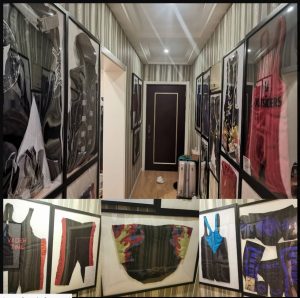 The shift all took place for Ng while browsing listings on his phone during his honeymoon in Bora Bora. He happened upon a Will Ospreay ring-worn jacket that he intended to have signed at Wrestle Kingdom. It didn’t end up happening. But, after seeing his brother’s collection of game-worn NBA jerseys he committed.

Today, Ng has a walk of fame in his home, with many ring-worn items from his favorites, including his initial magazine interest: Vader. He is not done, though. With his English teaching business in high demand, he is able to afford to continue to seek out more goodies, however rare they may be.

TOP PHOTO: Shawn Ng with one of his Vader treasures.