Behind the Gimmick Table: JunkShopDog figures on Bruiser Brody 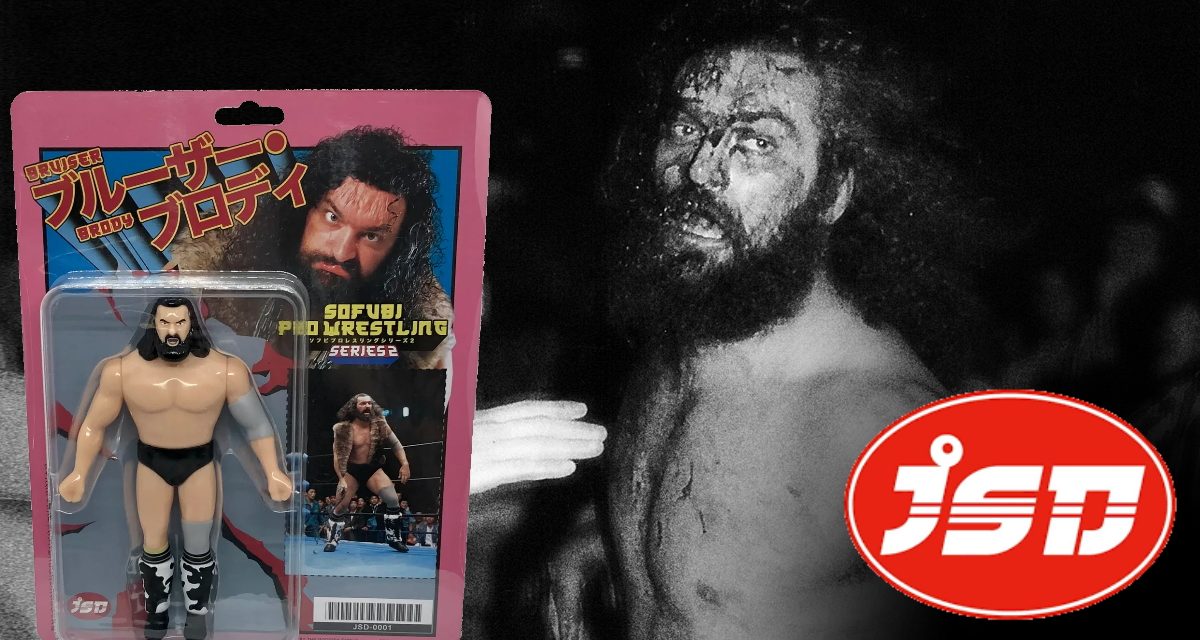 Wrestling collecting has hit all-time highs in demand, interest and prices in 2020, in large part with people forced to stay home because of the pandemic, and, in many cases, with discretionary income to spend.

The secondary market has expanded online beyond the long established staples such as eBay, Craigslist/Kijiji and Facebook MarketPlace. Although not originally intended to be a buying and selling platform, collectors on Instagram now do more than just show off their collections, and have turned it into a lively marketplace.

A recent sampling of the #wrestlingfigure hashtag on Instagram

Without the elaborate trappings and safety net of a buy/sell powerhouse such as eBay, the wild west community on Instagram is a tight knit one with unwritten rules, etiquette and policing.

By utilizing the hashtags and algorithms of Instagram, collectors, buyers and sellers can zero in on the most niche of niches directly. Pro wrestling is a niche in and of itself, but one can dig down to just wrestling figures, and then further, to the very niche market of Japanese wrestling figures.

It is thus that Instagram’s Junkshopdog has come to be known as “The Japanese Whisperer.” 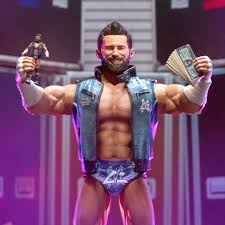 With in excess of 3,000 followers Junkshopdog (JSD) leads the pack in the Instagram Japanese figure scene. His bread and butter is the Charapro line, which garnered him the aforementioned moniker. It was bestowed upon him by customer Matt Cardona (formerly WWE’s Zack Ryder) on the air of his tent pole genre show, The Major Wrestling Figure Podcast.

JSD (real name Adam) told slamwrestling.net that he was first swept away with wrestling in the 1990s and through to the following decade. “When I was a teenager, it was kinda cool but I think my fandom has kicked up in the last five years or so. Having the collecting and buying/selling has gotten me more engrossed in wrestling as a whole.”

An Australia native, Adam was an avid tape trader and made a number of trips to see puroresu in Japan through the 2000s. On one trip in particular, he made a crucial discovery. 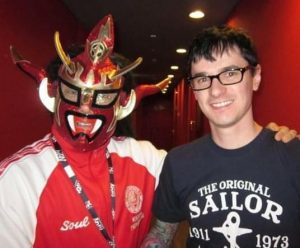 Jushin Thunder Liger and JunkShopDog (Adam) and in Japan.

“I’ve had an interest in Japanese wrestling for the best part of 20 years. I didn’t realize there were figures. I learned about them in going to the NJPW (New Japan Pro Wrestling) shop and buying a [Jushin Thunder] Liger figure. I didn’t realize the size of it until seeing a figure shop in Japan… not only are there a lot of Japanese figures, but a great lineage and history.”

Figures in Japan date back to the first-ever wrestling figures: 1969 JWA (Japan Pro Wrestling Alliance) figures by Bullmark. The series included top puroresu stars such as Antonio Inoki and Giant Baba. These “sofubi” (soft vinyl) figures were in the style that Bullmark was famous for. Sofubi continue to be a popular genre of wrestling figure in Japan to this day. 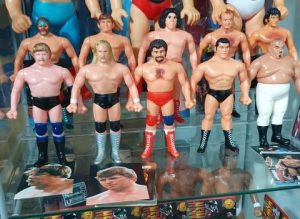 One sofubi set in particular captivated Junkshopdog like no other. “Upon learning more about Japanese figures, I was really taken by this line of figures from the early ’80s by a company called POPY. They have many different lines in soft vinyl. The line that took our interest in particular was the Super Pro Wrestling line. The style, the decoration, the obscurity, the roster. You’d struggle to find 10 better than the ones they chose. My wife is very much part of this journey and this business.”

Adam pitched a thought to Portia: “As I came close to finishing the POPY collection I said: ʻThis might sound stupid but what if we tried to make one?’” His wife was onboard. 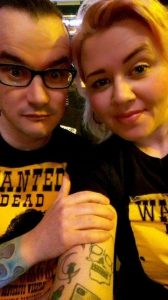 “I had been in contact with Mrs. Goodish (Bruiser Brody’s widow, Barbara). We had a little bit in common in terms of her and my wife are from the same town [Dunedin, New Zealand]. She lived in Sydney for a long time and that’s where she met Brody. We’ve been talking for a couple years, we have some common friends. I [first] heard her in an interview and thought I’d say g’day. We’ve been chatting back and forth ever since.” 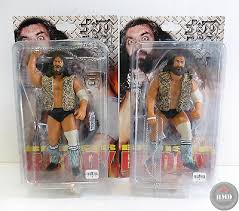 Goodish could only laugh at the coincidences. “It’s a small world. It was really weird when that came up,” she said from her Florida home.

They learned something surprising when it came to Bruiser Brody from Barbara. “She said no Japanese figure releases of Brody was she ever paid for. I took the leap of faith and said, ʻHow about a figure where you do get paid?’ We’ve gone back and forth in the creative process. She’s happy with the royalties. It’s been our labor of love for the best part of 2020.”

According to Goodish, the recent VICE Dark Side of the Ring documentary has led to a resurgence of interest in Bruiser Brody, who was killed in 1988 in Puerto Rico. She has been approached by some others about Brody merch. “After 32 years, it’s quite a shock,” she said. 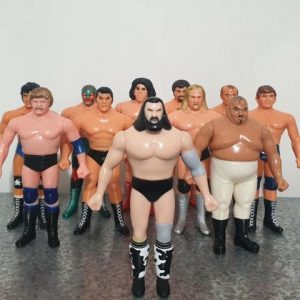 The Junk Shop Dog Sofubi Pro Wrestling Series 2 Bruiser Brody is now a reality. It is available at JUNKSHOPDOG.COM. Just like the prior figures in the series, it’s a five-inch soft vinyl (sofubi) figure with articulation in the arms. In addition to the standard version, there is a variant limited to 220 in a “Chain Silver” color. There are also shirts, caps and pins celebrating the release available on the site. 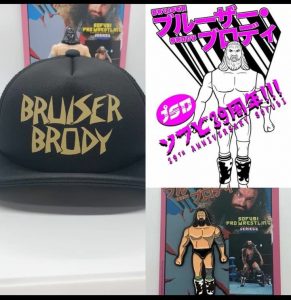 Goodish is happy with it all, and sees a big market in Japan. “I know how popular Frank still is in Japan. And to go back into the Japanese market, I think that’s wonderful.”

“We have plans to do more. We’ve got a few that are currently being designed. We’re putting the feelers out to see about involving others — depending on the Brody sales, if they are consistent. We are pretty damn excited about what’s in the works. Several of them in particular fit the [POPY Super Pro Wrestling] time frame. Several of them have never had a figure before.” 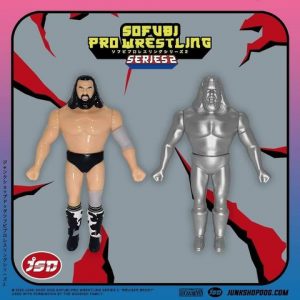