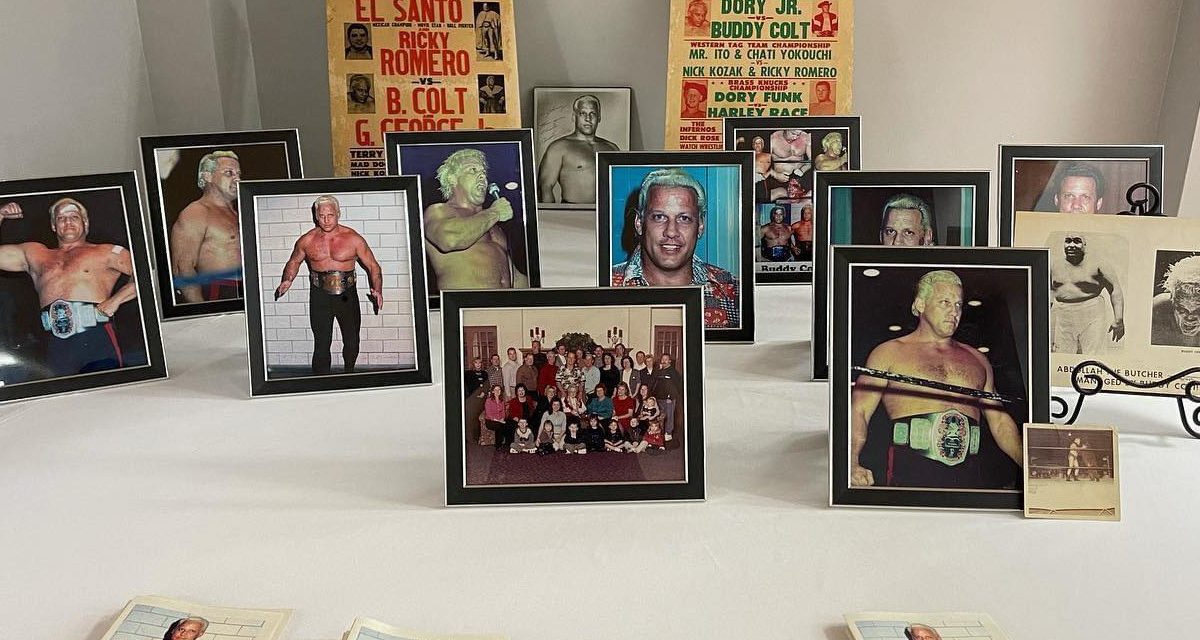 By RICKY NANCE – For SlamWrestling.net

I’m going to do my best to put what my father, Buddy Colt, meant to me here, and I’ve literally spent the last two weeks trying to capture all of the thoughts running through my head and try to get them to make sense. Not just for me, but because I want it to make sense to you all as well.

Buddy was a lot of things: a son, brother, husband, father, bodybuilder, car salesman, pilot, marine, and more. But I think it’s more than fair for me to discuss what he was most recognized for throughout his life, which was being Buddy Colt, the revered wrestler.

Growing up, I thought this was the coolest thing ever. First, being the only son of someone with so much cultural significance was a badge that I wore proudly, and still do to this day. Secondly, it allowed me to never second guess a conversation where another kid would say “My daddy can beat up your daddy!” Deep inside, I knew my dad actually would beat up the other kids’ dads, so those were arguments that I didn’t really have to delve too far into with the other kids while sitting in the cafeteria or on the playground.

With that said, Buddy was still somewhat of an enigma to me as a child. Living in two different states made it hard to see him growing up, but we were always thankful for the phone calls to us and our mother, sending money for things we needed, and the occasional gift. After all, he did buy me and my twin sister Tracey our very first Nintendo in 1989, and if you know me personally, I was extremely thankful for that.

I’m going to follow up on “Buddy Colt the father” again in a bit, but I think it’s extremely important for me to elaborate on how good he was as a wrestler. A list of his accomplishments: 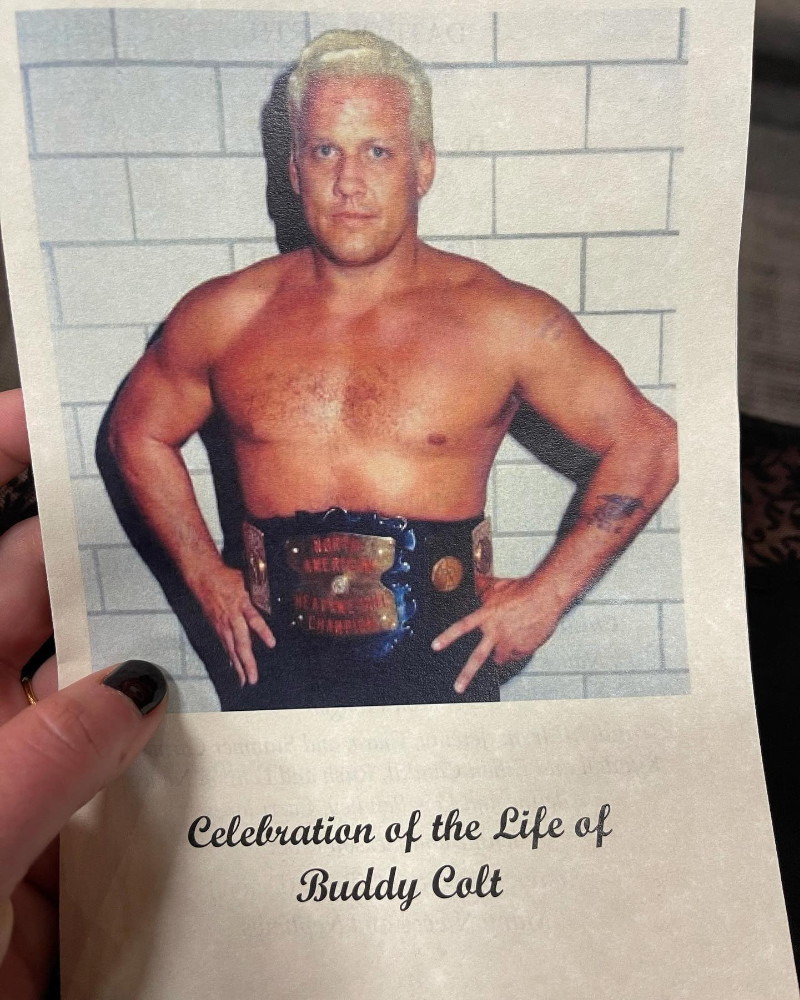 And one of the most coveted belts at the time was the NWA North American Heavyweight championship, which he held twice. This would be the last title he would ever win in a ring, as he was the title holder at the time of the infamous plane crash on February 20, 1975 which injured Buddy, Gary Hart, and Mike McCord (Austin Idol). Unfortunately, this crash took the life of the up and coming wrestler Bobby Shane. I’m not going to mention the plane crash much because one thing Buddy didn’t want is for his illustrious career to be defined by that horrific event. We spoke about this time and again, and I think it made him feel weak.

But he wasn’t weak. In contrast, he was legendary.

When he made the transformation from babyface “Cowboy” Ron Read to “Handsome” Ronnie Reed in the late 1960s, he had to learn how to become a heel as a tag team partner to the great “Dandy” Jack Donovan. I say the word “learn” for lack of a better word, because he actually figured it out rather quickly. Actually, he told me that it was easy, and that it came automatically. And I think his career reflects that.

Even while on the mic, Buddy would deliver insults to his opponents with a perfect military style cadence. He would brag and boast about how great he was, while at the same time talk about how pathetic his opponents were. To quote wrestling journalist Mike Mooneyham, who I had the pleasure of speaking with last week, “The truth is that Colt was a natural who was ahead of his time. The name, the persona, the cockiness, the ability to make fans hate him… Although his in-ring career ended before he turned 40, fans had already rightly placed him in the category of iconic legend. He was a villain of the first order.”

To further elaborate on this, here are some of my favorite stories of my father the heel and the kind of heat he generated from wrestling fans around the world:

That was the kind of heat Buddy generated in the ring. The fans hated him, and he wouldn’t have had it any other way. Years later, when I asked him about these stories, he just said, “I guess I was good at what I did, right?” I think that was the humblest way for him to put it, because he wasn’t just “good at it,” he was incredible at it.

When my twin sister Tracey and I lost our mother to lung disease at the age of 13, we felt pretty lost for obvious reasons. During this time, we needed family. Not just the ones we had on our mother’s side who were already constants in our lives, but more family. Luckily for us, Buddy told his side of the family who we were before we hit our formative years. This started relationships that we hold dear to us to this day. These special people include our sisters Cindy and Vicki from Buddy’s second marriage to Darlene, some amazing aunts and uncles like Aunt Joyce, Uncle Danny, Uncle Bill, and Aunt Linda, and a wonderful brother-in-law Craig, who’s been the real big brother I never had. And years later, we were blessed with another sister Leigh Anne in 2008. I genuinely love you all so much, and I can’t imagine what my life and personal growth would be like without you. I mean that from the bottom of my heart. 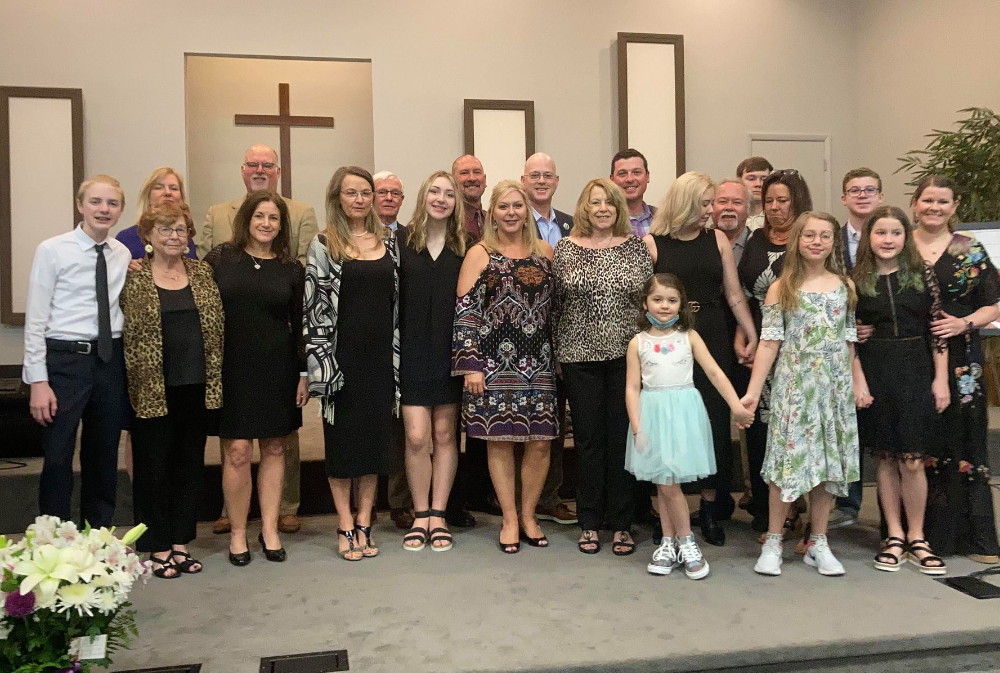 The extended family of Buddy Colt (Ron Read) at a memorial service in Florida on Saturday, March 20, 2021. Courtesy Ricky Nance

As I grew into adulthood, I was able to get much closer to Buddy. When he would attend a Legends of Wrestling convention in Atlanta, I was there with him for some of those. I have great memories of sitting with him at the bar alongside other greats such as Johnny Walker and Stan Hansen (and many others). I would just sit there in awe of not only being surrounded by them, but was always most in awe of the man sitting right next to me, my father. Even then, hordes of fans would approach him asking him questions and asking for autographs. I never heard him say no to any of them. He gladly took the time to chat with them, take photos, and sign their memorabilia. It was really a sight to see how so many people still gravitated towards him.

I was visiting Buddy just a couple of years ago down in Tampa, and he took me to an Ybor City dive bar called Elmer’s to sit and have drinks while his wife participated in a parade down E. Seventh Ave. We got there and I went up to the bar to start a tab. The bartender pointed to our table and asked, “Are you with him?” I replied, “Who? Buddy? Yes, that’s my father.” The bartender looked at me and said, “You’re Buddy’s son? Well, you won’t be paying for a single drink tonight, honey.” And again, I watched person after person approach our table in awe of the man sitting next to me. For that one night, I felt famous as well. I can certainly understand why he never left Tampa, as Buddy was still a larger than life big fish in a small pond. 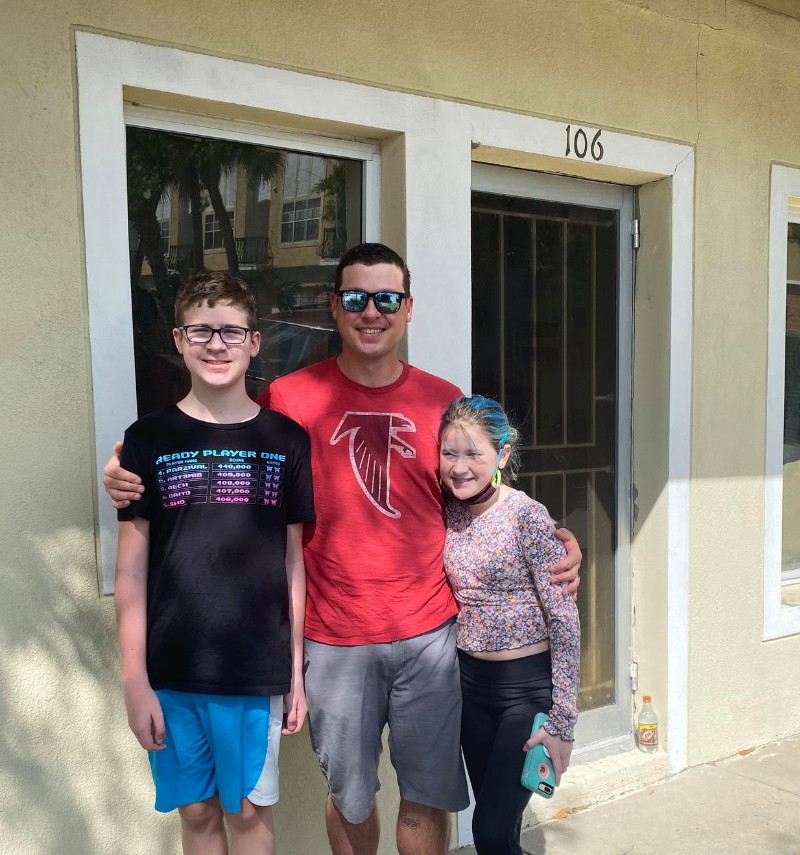 Ricky Nance took his son, Rush, and daughter, Lennon, to where the old Championship Wrestling From Florida office was — where their grandfather was a big star. Courtesy Ricky Nance.

To quote Mike Mooneyham again, “Not many wrestlers who survived gun-wielding fans, a fatal plane crash, debilitating injuries, and hundreds of bloodbaths in the ring can say they lived a ‘storybook’ life… But not many wrestlers were Buddy Colt.”

I’ll leave you all with this. This isn’t an insult by any means; and those of you who knew him well would likely agree. A funny thing I noticed about Buddy was how pleasantly narcissistic he was. Maybe that’s a trait of a lot of wrestlers who’ve had a difficult time moving on from the business, but Buddy loved to talk about himself. And I genuinely loved hearing him talk about himself. He was Buddy Colt till the very end, and he wore it well.

As another fan recently told me upon his passing, “Every heel should be required to take a class on Buddy Colt. He was that good.”

In the ring, Buddy Colt was a lawnmower and his opponents were grass.

TOP PHOTO: A display at a memorial service in Florida on Saturday, March 20, 2021. Courtesy Ricky Nance.

Ricky Nance is one of six children of Buddy Colt. He lives outside Atlanta with his wife, Polly, and their children, Rush and Lennon. Follow him on Twitter at @Rickynance7.
RELATED LINK