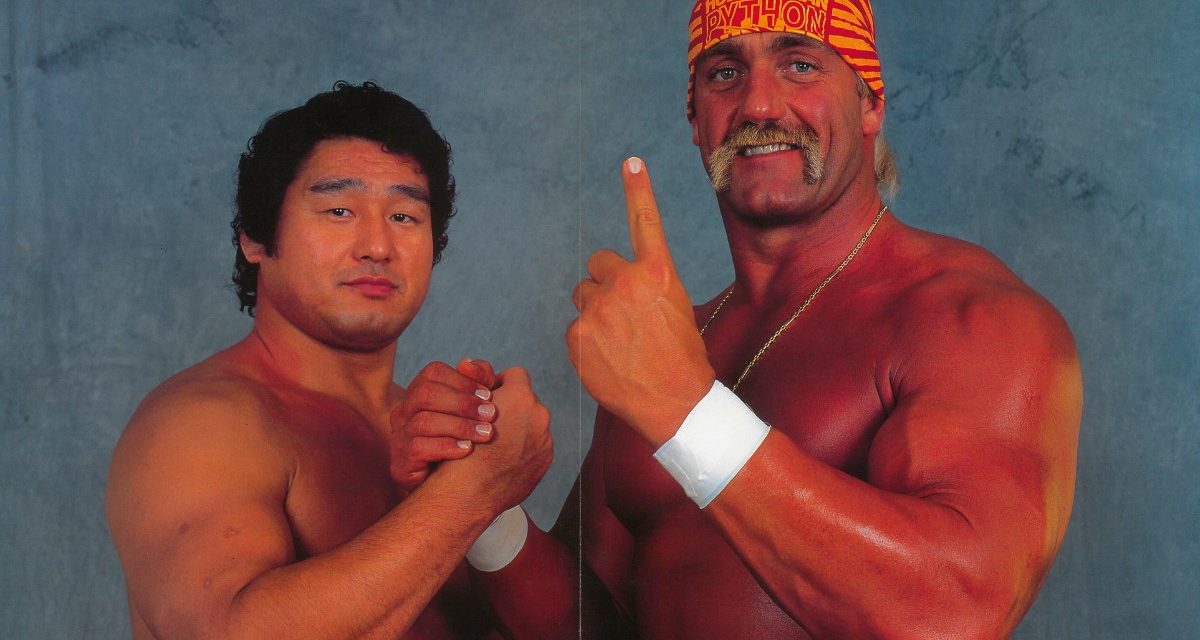 Genichiro Tenryu, one of Japan’s biggest wrestling stars of the past 50 years, is suffering from congestive heart failure. He’s currently in hospital with his outlook uncertain.

Tenryu gained international fame for his hard-hitting brawling style of wrestling which came from his training in the United States and from his sports experiences earlier in life. Tenryu entered the world of professional wrestling at 26 years old, following a 13-year career in sumo wrestling that began when he was still a teenager. The name ‘Tenryu’ was actually his shikona (or sumo wrestler name); and after he left sumo and entered pro wrestling, he decided to keep that name instead of adopting his real name (Genichiro Shimada).

He was scouted by All Japan Pro-Wrestling owner Shohei ‘Giant Baba’ in 1977 and benefitted from Baba’s NWA connections almost immediately. Tenryu was sent to Texas to receive further training by the Funks, Terry and Dory Jr. And like the many that would follow in his footsteps, that training helped craft Tenryu into one of the finest wrestlers of his day.

“Genichiro Tenryu has worked the hardest to overcome adversity,” Dory Funk Jr. once said about one of his favorite trainees.

Tenryu spent the earlier part of the 1980s competing in AJPW’s undercard until about 1983 when he and Jumbo Tsuruta started receiving main-event pushes. By 1984, Tenryu and Tsuruta found themselves joined at the hip and began a long program that saw them wrestle each other many times in epic clashes.

Tenryu’s influence on pro wrestling wasn’t limited to in-ring performance. He was also instrumental in changing the landscape of the Japanese wrestling scene in the 1990s. At the beginning of that decade, Tenryu shockingly departed AJPW after a thirteen-year stint, having been lured away by a Japanese billionaire and the promise of fortune and glory. Tenryu formed his own promotion, Super World of Sports (SWS), which lasted for only two years but enjoyed a brief working relationship with Vince McMahon’s WWF, now WWE.

Tenryu’s sudden departure left All Japan without half of its main-event scene and forced Baba to make critical changes. To fill the void left by Tenryu, Baba decided to have Tiger Mask II unmask and become Tsuruta’s new rival to usher in a new decade. Thus began the main-event ascent of Mitsuharu Misawa and the dawn of the critically-acclaimed era of The Four Pillars of Heaven.

After SWS folded, Tenryu started another promotion called Wrestling and Romance (WAR), which ended up being the home to early 1990s high-flyers like Ultimo Dragon and Lionheart (a.k.a. Chris Jericho). Using WAR as his home base, Tenryu spent the remainder of the 1990s having high-profile dream matches with wrestlers from other companies, including a few appearances for WWE. He and fellow SWS alumnus Koji Kitao wrestled Demolition at WrestleMania VII and he was one of many people to aid Yokozuna in locking The Undertaker in a casket at the 1994 Royal Rumble.

During this period, Tenryu achieved numerous accolades that helped elevate his career to even greater heights, even if he himself was winding down. He defeated New Japan Pro Wrestling founder Antonio Inoki in singles competition, thus becoming the only Japanese wrestler to pin both Inoki and Baba. And in late 1999, Tenryu became the first native Japanese wrestler to win both AJPW’s Triple Crown Heavyweight Title and NJPW’s IWGP Heavyweight Title (the first wrestler of any background being Big Van Vader).

Tenryu’s physical condition gradually declined into the 2000s, but he continued to wrestle high-profile singles matches all the same. Tenryu was critical to All Japan staying afloat following the NOAH split, as he had some iconic matches with his former student, and now company ace, Toshiaki Kawada. This was seen as a major saving grace for All Japan, because (Giant) Baba had previously sworn that he’d never work with Tenryu again. But with his passing, his wife Motoko made the call and Tenryu was back with All Japan.

Tenryu’s career finally came to an end in 2015 when he embarked on a retirement tour that spanned from February to November that year. In his final match, Tenryu wrestled, and lost to, New Japan’s Kazuchika Okada, in a major high-profile performance. The North American equivalent to this match would be if Hulk Hogan embarked on a retirement tour and lost his last match to John Cena. Although the match itself was nothing special, its historical significance could not be overstated, and Tokyo Sports voted it the 2015 Match of the Year.