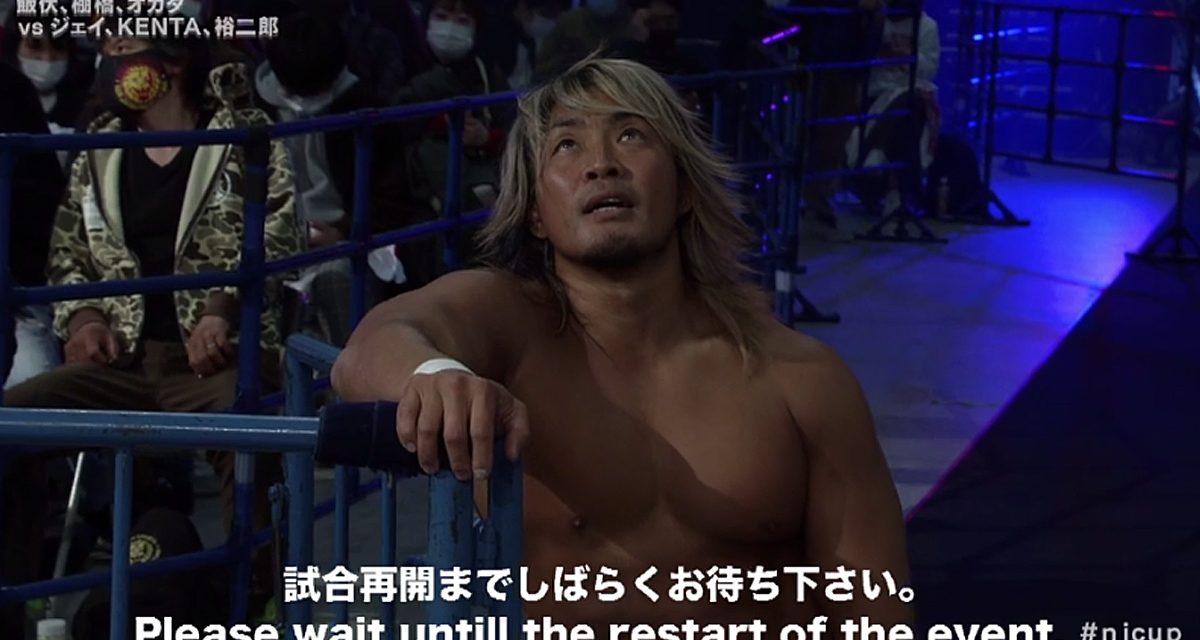 Saturday’s NJPW Cup 2021 event at the Xebio Arena in Sendai, Japan was paused after an earthquake hit the area.

The quake registered at a magnitude of 7.2 with the epicenter being off the coast of the Miyagi prefecture. The quake is considered to be an aftershock of the 9.0 magnitude quake in 2011.

The event was caught on camera and remains a part of the VOD replay on New Japan World.

The quake hit in the middle of the Kazuchika Okada, Hiroshi Tanahashi and Kota Ibushi versus Yujiro Takahashi, Kenta and Jay White match. The cameras caught the phenomenon with the arena shaking and wrestlers, the crowd wondering what was happening around them.

Everyone except for Jay White, who stood stunned in the middle of the ring, had been brawling on the floor. Kota Ibushi walked around the ring signaling to fans to remain calm.

Holy shit, an earthquake has happened in the middle of the match https://t.co/YCKTFJJeYE#njpw #njcup pic.twitter.com/RmoktTtguV

“What is going on here?” asked commentator Gino Gambino as the cameras pulled back on the arena.

“We are being told there is an earthquake,” said Chris Charlton who then reported he felt shaking in the office he was in which is located in Roppongi.

The commentators were all doing their jobs remotely as they have been doing for the last several months.

The show took a bit of a break while things settled down and officials in the building made sure everything and everyone was okay.

After the break, the match and the event resumed.

Officials in Japan have reported that there are no immediate reports of damage in the areas affected by the quake.