ODB has Purrazzo in her sights at Impact Sacrifice 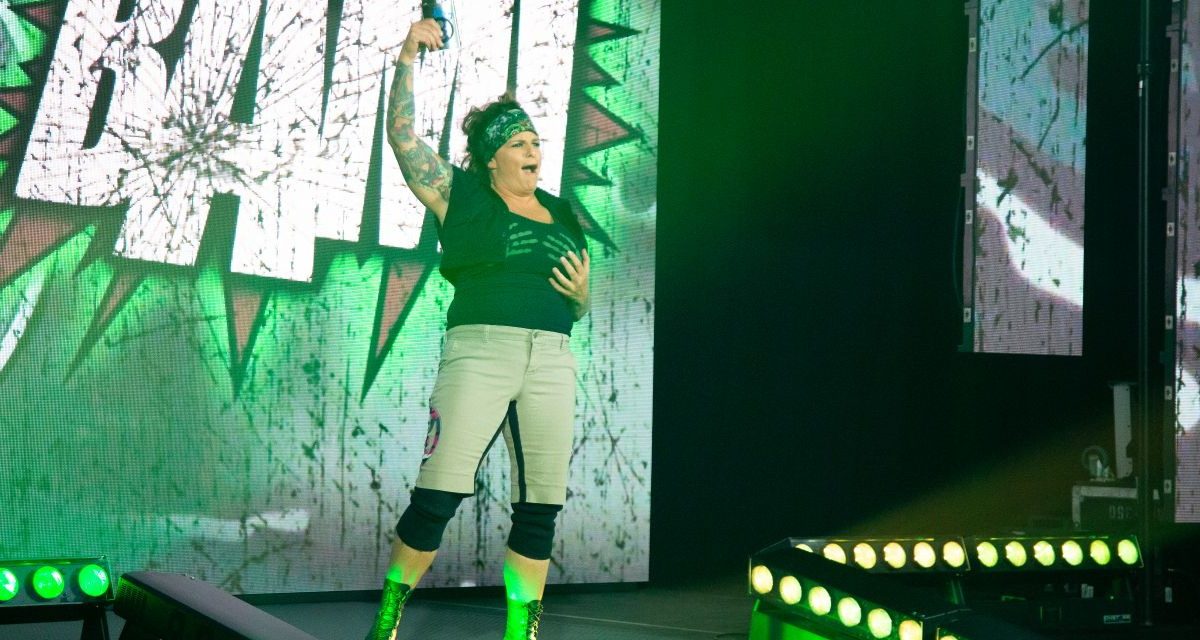 She just made her comeback and now she’s about to show the young Knockouts what it means to be a champion and a leader in Impact’s women’s division. What makes this female grappler so special? Her unique name and an edgy attitude.

ODB will challenge Impact Knockouts Champion Deonna Purrazzo for the title this Saturday, March 13, at Sacrifice, airing exclusively on Impact Plus.

As a four-time TNA Women’s Knockout Champion, and a TNA Knockouts Tag Team Champion, ODB is hungry for her next title reign and knows that this is a good matchup for her. “She’s good. We are so different in styles so I am excited to get in the ring with her,” ODB told SLAM! Wrestling.

While in conversation with us, ODB was driving, on her way to Dayton Bike Week, which she said is the biggest week for her as a food truck owner. “It’s been a hectic, long week but it’s been going very well. This is day seven for me, so I’m almost done.” 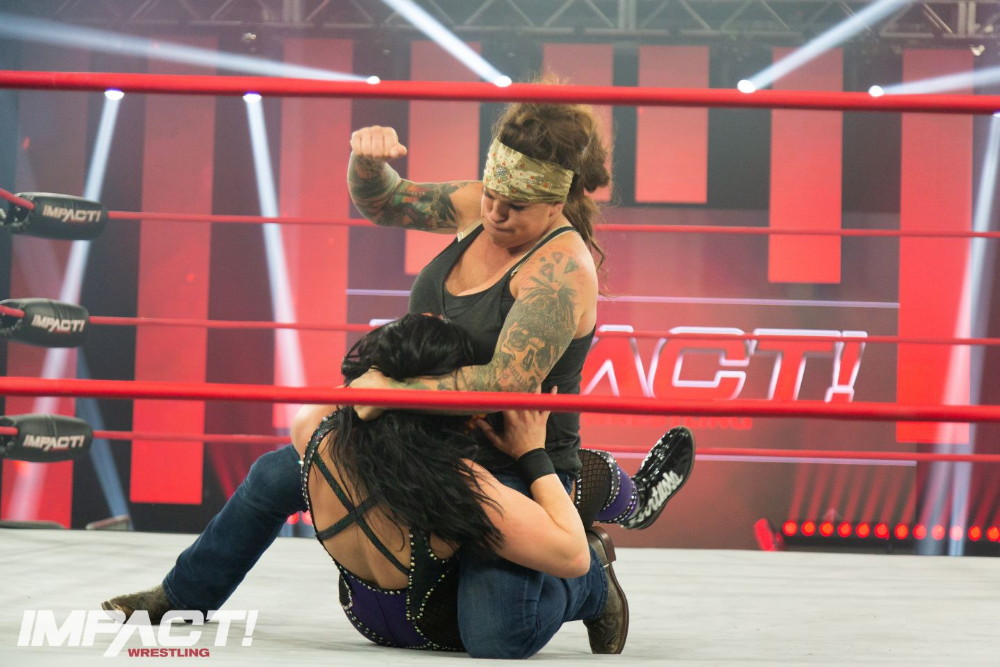 ODB attacks Deonna Purrazzo on the March 3, 2021 episode of Impact.

“The Virtuosa” Purrazzo is more of a technical wrestler, while ODB is more of a brawler. This is what will bring another side out of her, not always something that every wrestler can do. “It’s like when I wrestled Gail Kim. She brought out a side that you normally wouldn’t see from me,” said ODB. She added that she’s excited for the fans to get to experience what more she can add to the squared circle.

On this week’s episode of Impact, ODB got in the ring and went toe-to-toe with Susan, who has been hanging around the Knockouts champion and alongside Kimber Lee. Although she didn’t seem to be worried about the prospect of them being ringside on Saturday and interfering during the match, she has a plan for them. “I’m going to lock those b**tches up!” All kidding aside, ODB would rather focus on the task at hand. “I think it’s time to put the flask away and be one-hundred percent in the ring.”

For those who may not know too much about the 42-year-old Jessica Kresa, it is worth recapping where her in-ring persona and name comes from. It all began when she auditioned for WWE’s Tough Enough show in 2000. “My brother told me, ‘You need a cool name where everyone can chant it.’ And that’s when he came up with One Dirty B**tch!” It has stuck.

ODB’s last contract with Impact ended in 2014, and then she went on to other business ventures — the kind that get your taste buds going. She bought a trailer, started traveling and turned it into a food truck to promote her barbecue sauces. “I travelled the country by myself going to the biggest barbecue spice rallies promoting my sauces. I then realized that it wasn’t making me money.” She then turned back to wrestling, where she performed for Ring of Honor and worked as a bartender here and there. 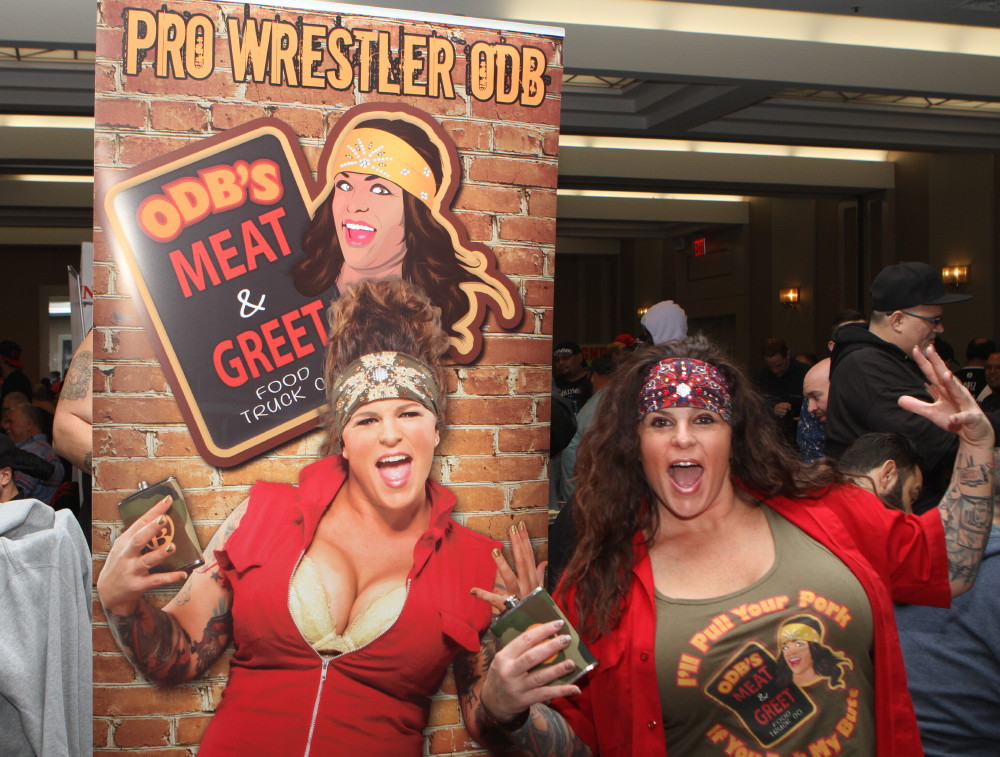 Seeing double at a fan fest in 2016, as ODB promotes her products. Photo by George Tahinos, https://georgetahinos.smugmug.com

ODB said she’s happy to be back working with Impact. It’s one of the companies that let’s her be entirely herself. “I started going to TNA when they were at the fairground in Nashville, when they were doing the pay-per-views every Wednesday. I would hang out backstage hoping [I would one day get my chance].”

The industry veteran already has some ideas of who she would like to face once she takes the title on Saturday. ODB said she has her eye on Jordynne Grace. “She reminds me of a female version of Rhino. Every time I watch her in the ring, she’s improving and I love that. She has so much passion for the business and it really shows.”

For information on Sacrifice, available on Impact Plus, on Saturday, March 13, 2021, visit Impact Wrestling.