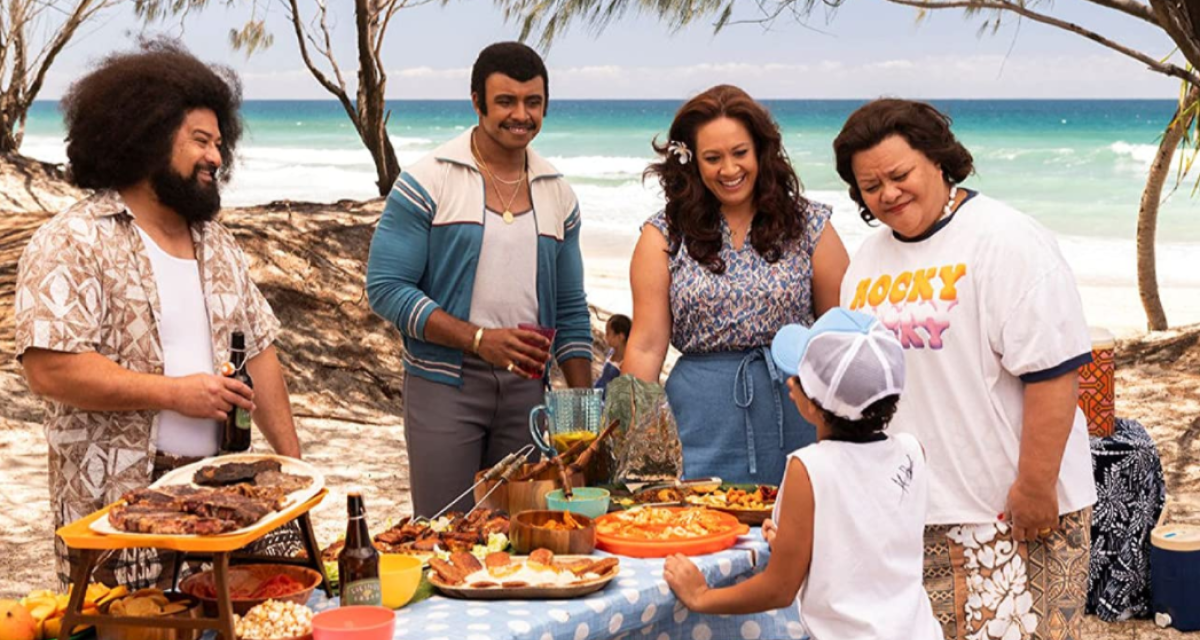 As noted in the review of last week’s episode, Young Rock has laid down its rules about linear storytelling: and it doesn’t care for it (that’s not a criticism). This week, we’re in Hawai’i in 1982, with Rocky Johnson seeing his star on the rise, Lia Maivia struggling with some parts of running the Polynesian Pro Wrestling business not long after the death of Peter Maivia, and a host of wrestlers are featured as they balance offers from Lia, as well as a rival Hawaiian promoter … and Vince McMahon.

Randall Park continues his role as himself from the previous episodes, but this time he’s not interviewing Dwayne Johnson about his 2032 U.S. Presidential run directly. Rather, he introduces a clip of Johnson talking to his campaign manager, giving him a chance to show how well he understands what’s on the mind of the average American.

This leads to a somewhat forced trip back through time, since Johnson isn’t being asked specifically to recount stories from his youth. He just does. Since it’s his show, we have no choice but to go back with him.

So, back in Hawai’i in 1982, the Johnsons are in a hotel with Rocky (Joseph Lee Anderson) needing to explain the differences from a motel to young Dwayne (Adrian Groulx). This is the big-time now, after all. Ata (Stacey Leilua) makes up a song about room service, which sets off a bittersweet story thread for her in this episode. They’re all watching TV, seeing Rocky take on The Black Demon for Vince McMahon (Adam Ray) in the — wait for it — WWF. It doesn’t matter how long it’s been; for fans of a certain age, hearing those three letters just sounds right.

By the way, you can watch that match through WWE’s video library here. 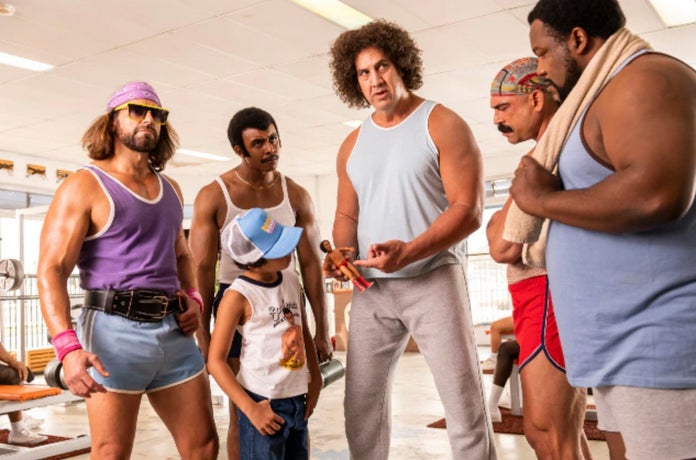 André the Giant stands alone with his own action figure in Young Rock. Photo: NBC

The main thrust of the episode features a taste of the rivalry between promotions and between wrestlers. Rocky’s high hopes of being positioned as Vince’s number one guy are quickly spoiled by competitive jealousy as André the Giant (Matthew Willig), in town for Lia (Ana Tuisila) and her upcoming Island Battle Royal match, is showing off his own action figure. Some of the other wrestlers in town for the match — The Iron Sheik (Brett Azar), Randy Savage (Kevin Makely), and Junkyard Dog (Nate Jackson) — all seem to take it in stride that André is Vince’s number one guy. Rocky wants that spot.

On the other side of the coin, Lia is finding it hard to deal with wrestlers breaking their deals with her to appear in the match. She learns that King Kong Bundy’s reason for backing out, that his mom was sick, was a lie; instead, he has signed an exclusive contract with rival promoter Greg Yao (Ronny Chieng). The show offers a chance for JYD to get a little meat on the bone with a scene after making only a small appearance in the premiere.

Same goes for The Iron Sheik, who gets a funny scene with Lia about what he is not allowed to say at the Maivia family barbecue. Sheik goes off on jabronis, but is forced to drop his favourite swear words.

McMahon makes a call to Lia, promising her that, despite a booking conflict that is forcing him to call back some of his big names, he isn’t going to take her best draws like Johnson and The Wild Samoans (Sika, played by Fasitua Amosa, and Afa, played by John Tui). It feels like the planting of a promise that’s bound to be broken. 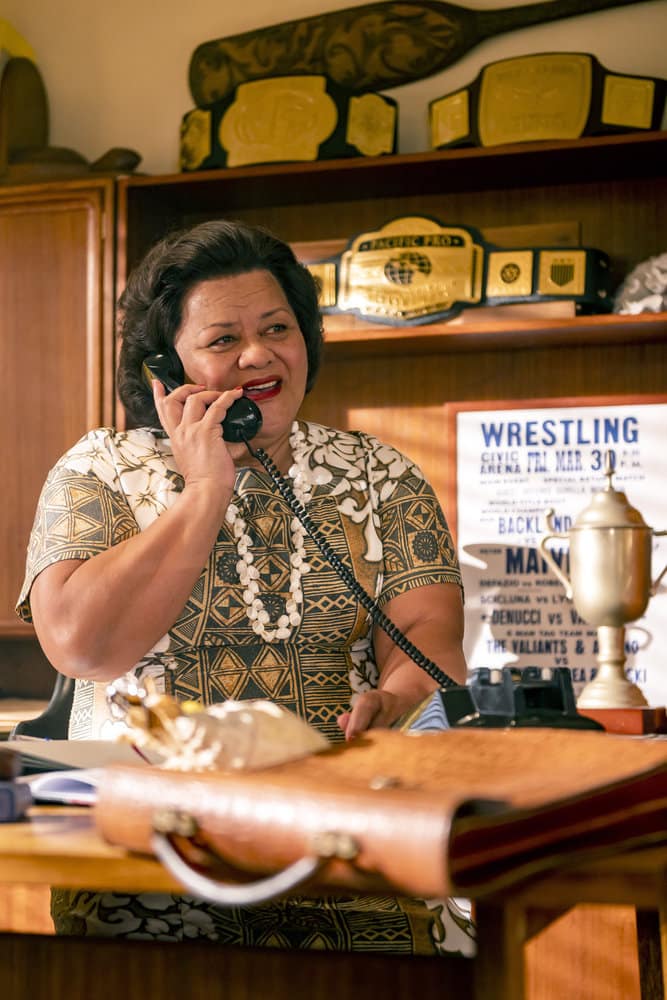 The end of the episode continues Rocky’s uneasy, jealous feelings, but also scores another really sweet scene for Ata Johnson as she reveals what people keep asking her throughout the episode: why doesn’t she sing like she used to? You’ll see why, as well as what might bring it out of her again.

This is definitely a place-setter episode, as the character of Greg Yao looms over top of both Lia’s and Rocky’s hopes for success, and of course Vince McMahon looms large over everyone. The wrestlers are all given more time to feature their characters this week, but we’re still left waiting to see them in the ring.

With the way the series is unfolding so far, don’t bet on that coming next week, as we are likely going with 20-year-old Johnson next time. The tantalizing appearance of so many beloved stars of the 1980s is still a strong draw for this series, as is the strong family relationships that feature the non-wrestling characters.

The episode marks what feels like the beginning of a long-form storyline, whereas the first two episodes, while hinting at bigger story arcs, were certainly more self-contained.

In other words, this third episode really wants you to “stay-tuned”. For wrestling fans, again, especially of a certain age, the hook should be there as they will want to see the further exploits of the stars they remember watching in the ring. Where the show is smartly trying to gain traction is with the family-related parts of the story.

Time will tell and, as with all shows, any long-term success will simply end up being a matter of how many people buy into it.