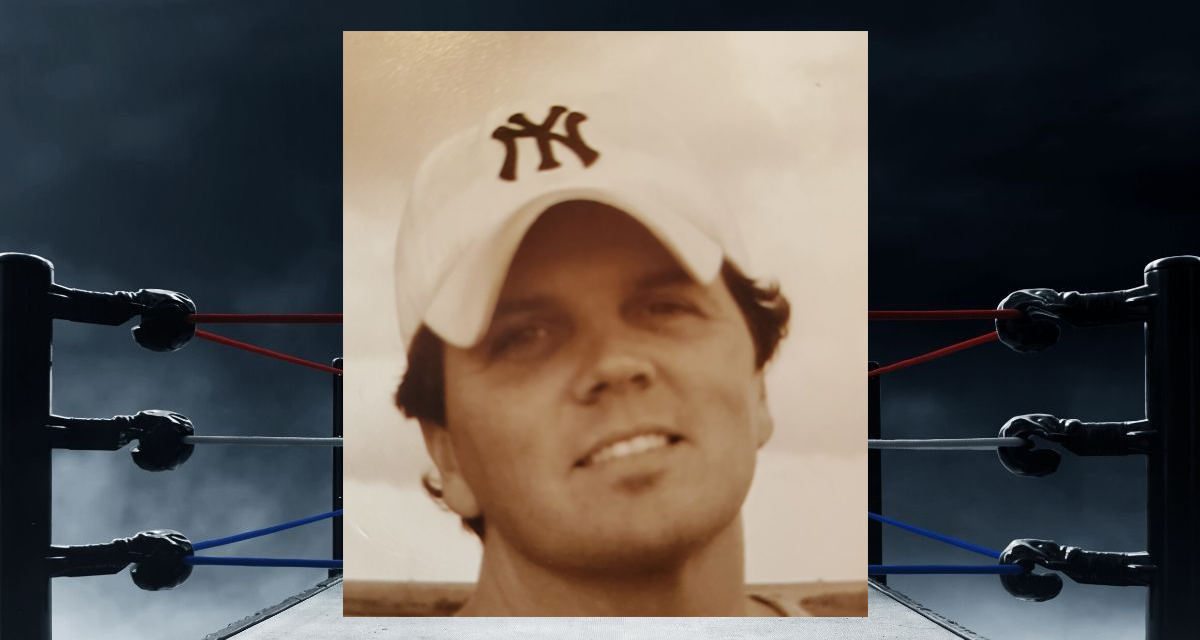 On February 19, 2021, a small group of family and friends gathered to say goodbye to Tom Cole, in a ceremony in Fishkill, NY.

The funeral itself was private, although it was accessible to all via livestream. It was a simple service with no frills, and no mention of Cole’s association with pro wrestling. Cole’s blue casket remained open for the entire service, which appeared to be held in a small room at the McHoul Funeral Home.

Thomas Decker Cole, 50, died by suicide on February 12. He was the key figure in the infamous WWF (World Wrestling Federation, now World Wrestling Entertainment or WWE) ring boy sex scandal. In 1985, Cole was one of many teenagers who would help set up and take down the ring for WWF shows. In 1992, Cole brought forth disturbing allegations including sexual abuse and harassment against ring announcer Mel Phillips, road agent/official Terry Garvin and Pat Patterson, who at the time worked in the WWF’s front office. Cole would eventually reach an out of court settlement with the WWF. Phillips, Garvin and Patterson were never officially charged with any offence of any kind and all three would resign from WWF. Patterson was eventually rehired. 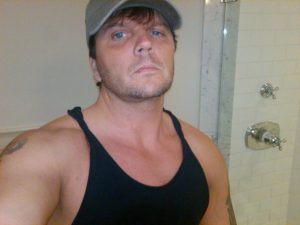 Part of Cole’s settlement with the WWF involved receiving back pay and getting his job back. According to a January 9, 2011 article by pro wrestling journalist Mike Mooneyham: “Cole, who was shunned by many in the company due to the negative publicity his claims generated, wound up leaving WWE again and for good nearly 18 months later, claiming that the company had reneged on commitments to him.”

The funeral was 60 minutes of sheer, unimaginable grief. The mourning of Cole’s wife, Jennifer, and their three daughters was especially visible and audible, and the four could often be seen embracing throughout the service.

The priest officiating Cole’s service appropriately began by remarking, “I really don’t have the words.” Various friends and relatives provided their words as they came forth sharing their memories of Cole in a mixture of laughter, shock and sorrow. Cole’s sister, Maggie Messina, explained how growing up their family was poor and had their “share of heartache,” prompting the siblings to find their own way to survive in the world — which included utilizing humor. She described Cole as “a good guy with a big heart” who loved his family. She also acknowledged the deep suffering Cole endured. “He suffered silently and deeply. No one here is at fault,” she emotionally expressed. She then turned to Cole’s wife and daughters and stated, “I promise you today, I’ll never leave you.”

Each of Cole’s three daughters also gave emotionally charged tributes during the service. “This still doesn’t feel real,” said Cole’s middle daughter, Julianna, through tears. “This feels like a horrible dream. I just want to wake up so bad. I’m going to be strong and live my life for you.”

Cole’s eldest daughter, Alexandra, read a letter that her father had written to her back in June 11, 2012. “My Dad was meant to be a dad,” she declared. “That’s what he was good at!”

Cole’s youngest daughter, Noelle, reiterated the importance of cherishing all of life’s moments, especially the little ones and referred to Cole as the “strongest and bravest man I’ve ever known.”

Cole’s interment, which was not shown on the livestream, was at Fishkill Rural Cemetery

On February 15, 2021, SlamWrestling.net did a phone interview with Cole’s older brother, Lee Cole. Although Lee was understandably emotional at times during the interview, he couldn’t help but laugh when describing his brother. 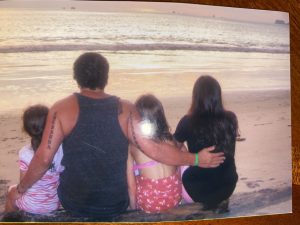 Thomas Cole with his daughters. Picture courtesy of Cole’s obituary.

“Tom was one of the most handsome men I’ve ever seen,” described Lee, who pointed out that he and Cole came from a large family with 11 siblings in total. “Good, good-looking man. He had these shiny blue eyes. And he had a charisma about him.”

According to Lee, he was the last person to speak with Cole before his death. He says the two had a lengthy phone conversation that day. Minutes after Lee hung up, he started receiving calls about Cole’s death.

“We were having a pleasant conversation,” Lee revealed. “We talked a lot about the WWE. And he said to me, ‘You know Lee, if anything ever happens to me, please let everybody know what these people did to me.’”

Lee continued, “I believe I was his (suicide) note. … His family’s hoping that he went to mail some letters or something because it was so final. You know, the percentage of times (regarding suicides) there’s a note left. But knowing my brother, he’s not done. He may have went out there and mailed a bunch of letters. You know, he may have mailed a letter to (WWE lawyer) Jerry McDevitt knowing Tom.”

Cole’s death has indeed sparked fury in his brother towards the WWE which is particularly evident on Lee’s Twitter account. When asked about what would be an ideal resolution to him, Lee answered, “That Vince McMahon and Linda McMahon at least admit that these men did what they did. And personally, I’d like to see their doors shut. I’ll be totally honest with you. I don’t want to see the doors of the WWE to stay open.”

Asked what he wanted people to take away from his brother’s tragic story, Lee pointed out that all Cole truly wished was just to work for the WWE. “That was what he wanted,” said Lee matter-of-factly. “And if they had brought him back to work and just left him alone, he would have been a hell of a worker for them. He would have been part of them. He’d still be with them.”

Lee concluded, “I would like to tell Tom that a lot more people care about this. He always thought that no one really cared. Tom would be shocked right now if he could see what’s going on. He would be shocked.”

SlamWrestling.net did reach out to WWE for a comment on this story. At press time, there has been no response.

In lieu of flowers, memorial donations may be made in Cole’s memory to The Humane Society of the United States; the Rape, Abuse & Incest National Network (RAINN) or Tunnel to Towers Foundation.

EDITOR’S NOTE: Jamie Hemmings will be a guest on the Pro Wrestling Spotlight LIVE weekly Facebook show hosted by John Arezzi to discuss Thomas Cole on February 20, 2021. The show starts at 6 pm ET.

-with files from Greg Oliver and Mike Mooneyham