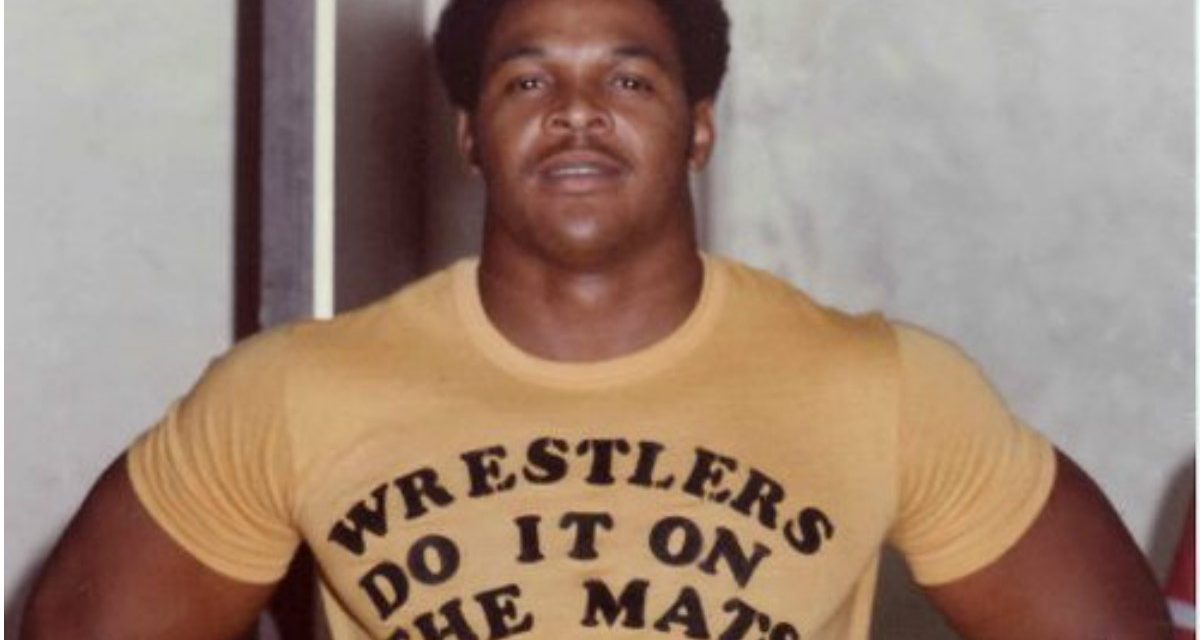 Bruce Reed, who wrestled as “Hacksaw” Butch Reed and was in the championship tag team Doom, has died. He suffered a heart attack a few days ago and died from heart complications. He was 66.

Reed’s career was not planned. He’d attended the University of Central Missouri, playing football from 1973-75 as a nose guard. A pro career did not pan out due to ankle and knee issues. (The NFL’s Kansas City Chiefs announced that Reed had signed on May 21, 1976 and he was cut on July 20, 1976.) In 1979, he was sitting in a bar in downtown Kansas City, Missouri, when he was approached by wrestler Ronnie Etchison.

The veteran saw something in the 6-foot-2 Reed, and began to train him.  “It took me over a year to show him I could make it in the business,” said Reed. “It was hard. I trained over a year. I dedicated myself to being a professional athlete.”

Etchison saw the youngster and wanted to give him a chance. However, becoming a wrestler wasn’t going to happen easily. Reed had to prove to Etchison first he could compete in the big time.

“It took me over a year to show him I could make it in the business,” Reed told the Kansas City Kansan in 2004. “It was hard. I trained over a year. I dedicated myself to being a professional athlete.”

A 1985 profile in the The Shreveport (La.) Journal noted that Reed, who was born July 11, 1954, “grew up as an athlete active in track, throwing the shot put and running 100-yard dashes. He also played football and basketball and competed in powerlifting.”

Reed was one of only a handful of “big” people to come out of Lord Littlebrook‘s training facility in St. Joseph, Mo., where Littlebrook and Little Tokyo (Shigeri Akabane) taught him the ropes.

A natural athlete with a chiseled body, Reed was soon on the circuit locally — winning the Central States tag titles with Jerry Roberts (a young Jacques Rougeau Jr.) in 1980. “We were a salt and pepper team,” recalled Rougeau.

He was known for his flying shoulderblock and top rope clothesline. Reed had good runs in Mid-South (in a memorable team with Jim Neidhart), Georgia and the USWA.

Initially in Mid-South, “Hacksaw” Reed was portrayed as a protégé of The Junkyard Dog, and when he turned on JYD, it was a mega-hot angle, and they faced off as the main event at a bout at the New Orleans Superdome on July 16, 1983. Reed also had a battle of the Hacksaws with “Hacksaw” Jim Duggan.

In his autobiography, The Cowboy and the Cross, promoter Bill Watts wrote of an epic backstage brawl between Reed and Nord the Barbarian (John Nord) from 1985, that had stemmed from Nord’s frustrations in the ring. They had a program to continue after the fight. Watts, who had sat back at watched the incident, told them, “Well, guys, you know, I loved it this afternoon. By the way, you know there’s no bonus for that, right? You do understand that I don’t pay you to do that?”

Reed’s run in the WWF, as “The Natural” Butch Reed, with bleached-blond hair ala Sweet Daddy Siki, was not especially notable. He was there from 1986-88, with Slick as his manager. He was at WrestleMania III, where he beat Koko B. Ware, and lost in the first round of the WWF championship tournament at WrestleMania IV, to eventual champion Randy Savage.

On a national scale, nothing compared to his run in World Championship Wrestling in the tag team Doom alongside Ron Simmons. Initially, they were masked men, accompanied by Woman (Nancy Sullivan).

The February 1990 issue of The Wrestler talked about the team:

Woman needed a tag team that could finish the job she started on Rick and Scott Steiner. She believes she’s found it in Doom, a mysterious 565-pound masked fighting force that’s become the hottest new team in the NWA!

“Well done, gentlemen,” cooed Woman. She was in her glory as she led her masked tag team known as Doom back to the locker room after beating Rick and Scott Steiner at “Halloween Havoc ’89” on October 28 in Philadelphia. “To think, we beat the Steiners in our first match ever! It just goes to prove what I’ve said all along: The Steiners are nothing. And now Doom will become the greatest tag team in NWA history.”

Simmons was a relative newcomer to pro wrestling, having been a star football player. “I followed his lead on most everything, and from my standpoint, I think it went on to be pretty successful,” Simmons said of the team in a shoot interview.

They had their share of differences, said Simmons. “Butch had a different personality from me that was totally different from me in a lot of respects.”

Doom became the NWA World tag champs in May 1990 and were champions as the belts were renamed the WCW World tag titles, dropping them in February 1991. Teddy Long managed them after Woman. 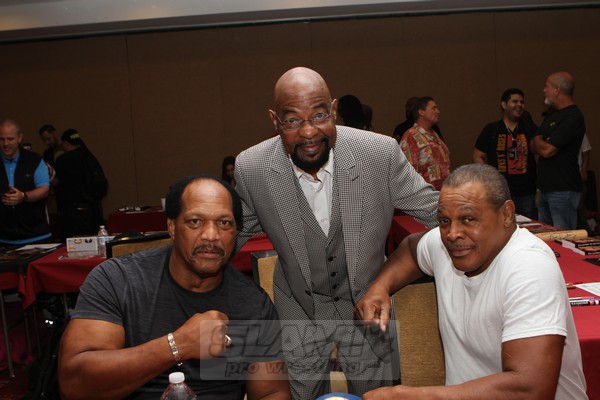 Scott Steiner once said of facing the pairing, “Doom was tough, Ron Simmons and Butch Reed, they were great athletes.”

Unlike many of his contemporaries, Reed walked away from the pro wrestling business, retiring in 2002 (aside from a few more bouts) and was not a regular doing shoot interviews and only appeared at a handful of conventions.

Peers react to the death of ‘Hacksaw’ Butch Reed