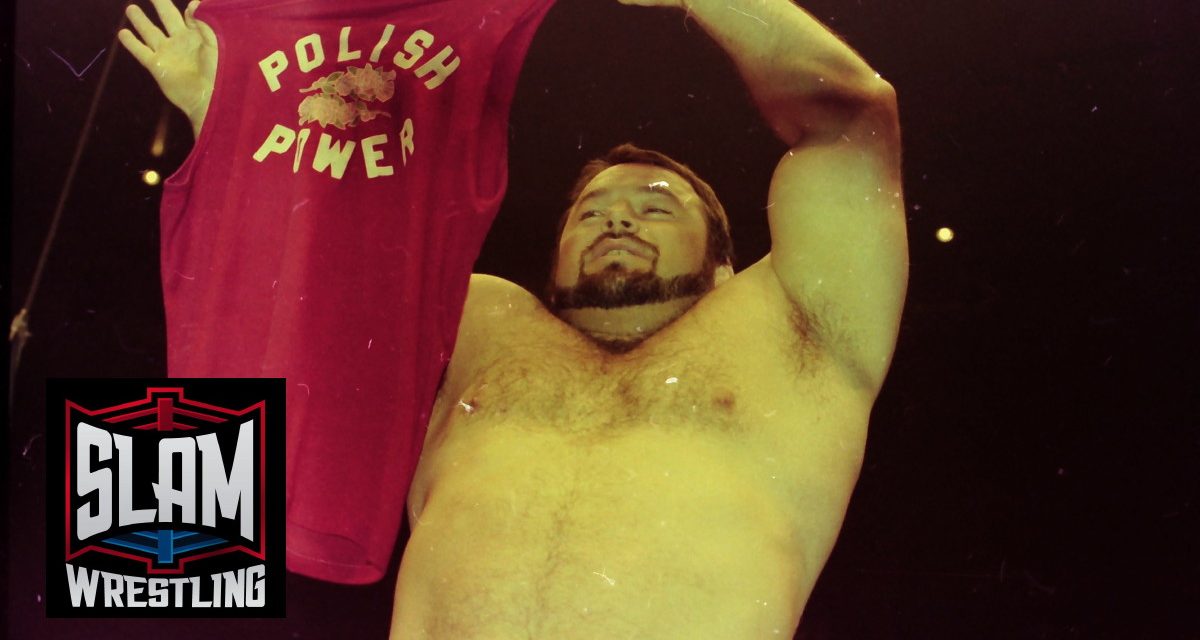 In the years before Hulkamania took professional wrestling by storm, some of the biggest wrestling heroes were those of different ethnic origins. Fans attached themselves to wrestlers that came from different places, and lived vicariously through those ethnic heroes and their exploits. Ivan Putski was one such a hero.

Throughout the 1970s and 1980s, “Polish Power” amazed audiences with his incredible feats of strength while also charming them with his affable personality. And even though he encountered language barriers at first, fans quickly found a connection with this humble yet hard-working immigrant that sought to make a living for himself. Eventually, that connection turned into a widespread upswell in support for Putski that would last up to the dawn of Hulkamania.

SlamWrestling.net caught up with Putski (real name Joseph Bednarski, now 79) in a phone conversation in the fall of 2020. Since he was born in Poland, the conversation began with a mix of English and Polish, much like how he spoke to fans during his prime. But it soon became apparent that, in a reversal of when he first started wrestling, his English was far better than his Polish. But despite that, there was a surge of joy in his voice as he sang out the opening line of the Polish National Anthem:

Jeszcze Polska nie zginęła, Kiedy my żyjemy/Poland has not yet perished, So long as we still live.

Like many athletes of the past, Putski played football before entering pro wrestling. After suffering a debilitating knee injury that required surgery, he returned to Austin, Texas (where he has lived for most of his life), and was approached by wrestling promoter Joe Blanchard. For years, Blanchard had tried to get Putski to get into wrestling, promising him that he’d earn quadruple what he’d have made in football. After all, Putski possessed the chiseled, bodybuilder’s physique that would lend credibility to his strength. And things soon took off from there. 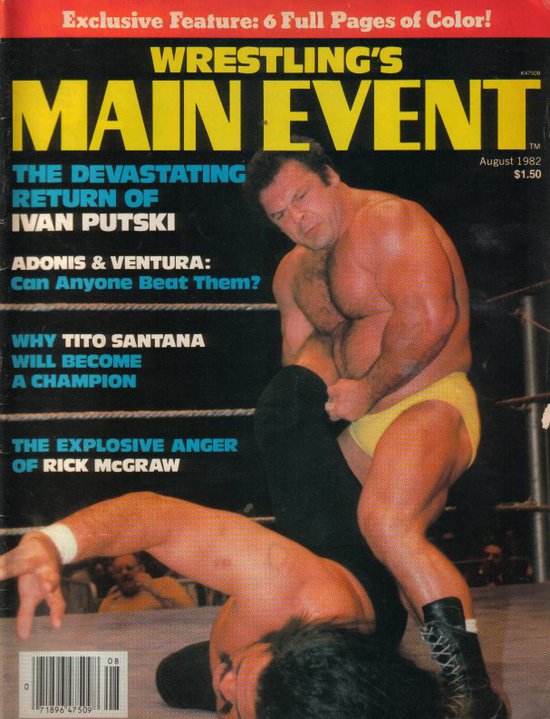 Playing the role of the lovable but naïve immigrant, Putski took a gimmick first created by an earlier wrestler named The Mighty Igor (Dick Garza) and made it a draw all across the territories. In Putski’s own words, “I sold out venues all over the United States. Even Madison Square Garden was sold out. They had to push people away at the gates.”

Indeed, Putski achieved great success and popularity thanks to his ability to connect with immigrants throughout the United States. Since so many ethnic groups had their own wrestling heroes – Italians had Bruno Sammartino, Puerto Ricans had Pedro Morales, African Americans had Bobo Brazil and “Big Cat” Ernie Ladd, and “Soulman” Rocky Johnson, and people from the Pacific Islands had “High Chief” Peter Maivia – it only made sense for there to be an equivalent hero for Poles coming to America in search of their own American Dream. 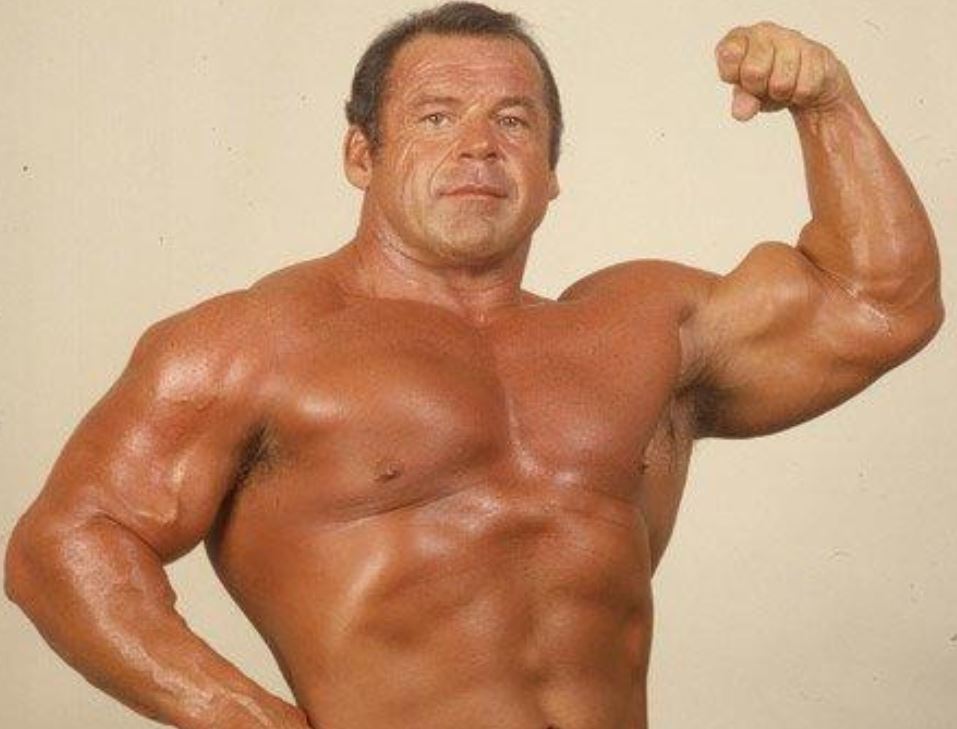 Putski shows off his incredible physique. Photo courtesy of WWE.

Though his gimmick – that of the slow-moving but immovable strongman – has been around long before Putski started, there is one aspect of pro wrestling that Putski is credited with starting. He was the first to popularize selling merchandise at a live wrestling event.

“Putski was the first one to ever sell T-shirts that I know of,” recalled Frankie Cain in a special edition of Whatever Happened To…? “Joe’s brother says to [Houston promoter] Paul Boesch, ‘Do you mind if I set up a little stand here?’ Paul says, ‘Aw, go ahead.’ He thought he’d have an armful of T-shirts. Well, they brought in about five hundred … and sold out in about five minutes. My God. There’s no telling what they made. The next week, they sold a thousand.”

Putski himself confirmed this story. He described how Boesch would only give him 30 minutes to sell the shirts before his matches started. As he described it, “those shirts sold so fast. Everyone was fighting over them. They even had to delay my matches until I was done selling them. I had stacks of them.” 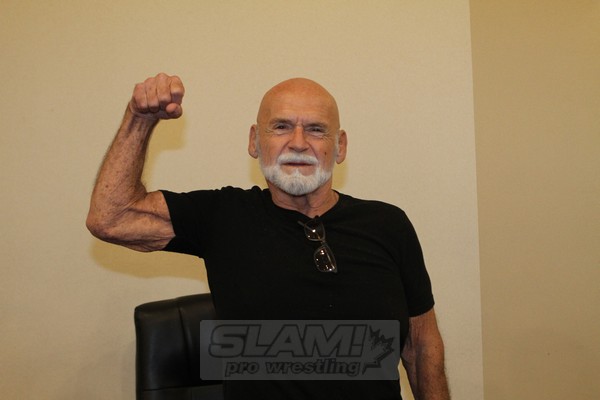 Ivan Putski at a fan fest in 2017. Photo by George Tahinos, https://georgetahinos.smugmug.com

Many years have passed since Putski last wrestled, and his memories of the ring had all but melded together. But he still retains that affable nature of his gimmick, saying nothing but positive things about his various opponents of the past. He had nothing but kind words to say about his various foes, praising the wrestling talents of Stan Hansen, Paul Orndorff and Ken Patera. He was also proud of his many matches with “Superstar” Billy Graham, packing Madison Square Garden.

He also shared some fond memories of helping a young sportswriter named Frank Goodish break into the business. “I first worked with him when he debuted. He lived in San Antonio and I lived in Austin. We met at a San Antonio gym and we became good friends afterwards. Then when I started wrestling, I asked him, ‘Why don’t you join? You’d do great in this business.’’”

Frank Goodish would later go on to become known as Bruiser Brody, one of the greatest brawlers in wrestling history.

And of course, Putski shed light on what he considers to be his biggest wrestling accomplishment: winning the WWWF Tag Team Championships with Tito Santana. “He was a great guy. My old buddy. I really enjoyed having him as a partner. Such a nice person. We used to drive together; we had such a good time. We were the best tag team in the world.”

Putski also had an interesting experience, being one of the few wrestlers to have worked for both Vince McMahon Sr. and his son, current WWE owner Vincent Kennedy McMahon. And while Putski had nothing but praise for the elder Vince McMahon – even going so far as to call him “the nicest man ever” – the same could not be said of his son. Putski left WWF/E in acrimonious fashion after he began seeing how the younger Vince McMahon wanted to portray him. To Putski, Vince McMahon, the father, had spent years building him up, and Vincent Kennedy McMahon wanted to tear him down. So before Hulkamania started, Putski did what few people were capable of doing: he stood up to VKM and called him out.

“I cussed him out in front of everybody and walked out the door. Everybody loved his dad. But when he [Vince Jr.] took over, he wanted to make me look bad. That was it for me.”

Yet despite those circumstances, Putski still returned to WWE years later. First, he was inducted into the WWE Hall of Fame, Class of 1995, and the 11th inductee overall. Second, he had a one-time appearance with his son Scott Putski on an episode of RAW, facing against the team of Jerry “The King” Lawler and his son Brian “Grandmaster Sexay” Christopher. He has also since been featured in the WWE book WWE Legends, which pays tribute to the various heroes of the pre-Hulkamania WWWF territory days.

Putski hasn’t followed wrestling much following his retirement and his son leaving the business, calling it too much of a different animal from what he experienced. He recalled seeing a segment in which two women exposed themselves for publicity and couldn’t watch any further, stating that wrestling just wasn’t the same anymore. He has since made the most out of life, enjoying his retirement on a two-acre piece of land in the city limits of Austin, Texas, surrounded by his family and especially his grandchildren.

In doing so, Putski effectively found his own American Dream.