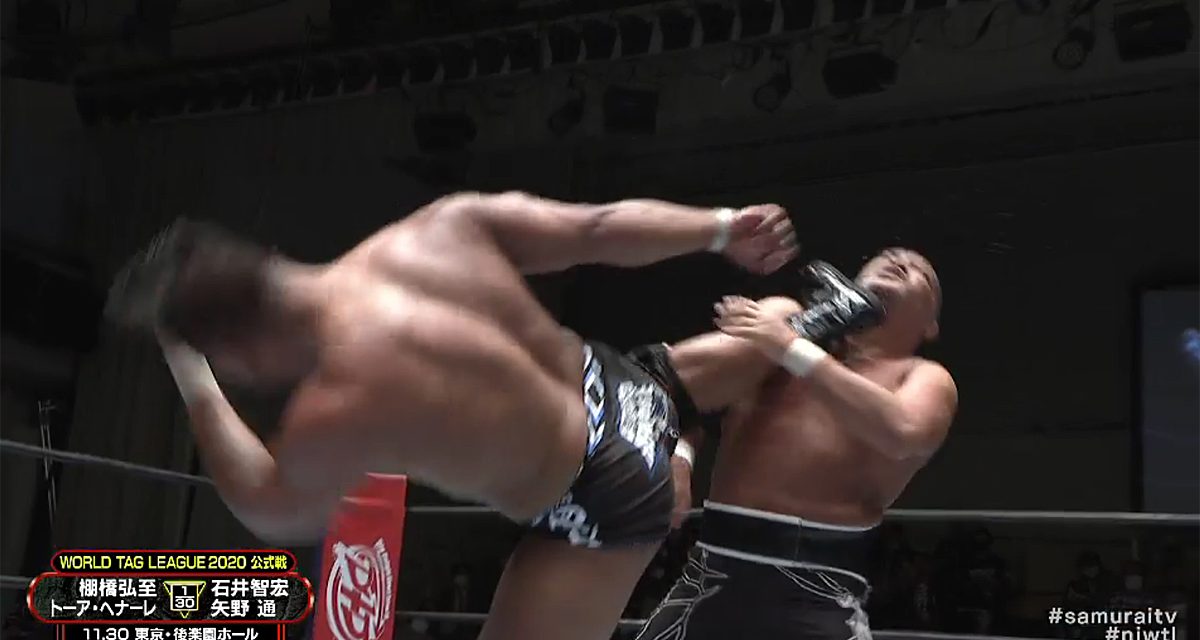 As NJPW’s World Tag League 2020 begins its final two weeks the Chaos team of Tomohiro Ishii & Toru Yano are at the top of the ratings. They are now in first place with 10 points while all of the other teams except for the two Bullet Club teams (Evil & Yujiro Takahashi and Bad Luck Fale & Chase Owens) and Hiroshi Tanahashi & Toa Henare are in six-way tie for second place.

The match ended with a battle of the two powerhouses: Ishii and Henare. Ishii knocked Henare head over heels with a running clothesline. Henare kicked out at two. Henare wrestled free of Ishii’s attempted Brainbuster to head butt and kick him in the face. Ishii countered Henare’s Rock Bottom into a Brainbuster for the 1-2-3.

Okay, Kojima is just being a dick to his partner now. What about Honma scoring the easy win here and there? Poor Honma. Kojima’s Lariat on the Young Lion. Pinfall.

Empire attacks right after Bullet Club does their pre-match “too sweet” routine. Empire beats the crap out of Yujiro as Evil and Dick Togo look on from outside the ring for much of the match. Evil steps in when Khan falls to the floor hitting him with a steel chair in the stomach and his solo Conchairto. Cobb climbs out to help but is distracted by Togo. Evil smashes him with the chair and throws him into the barricade. Yujiro whips Khan into Bullet Club’s tag corner. Evil removes the turnbuckle pad. Khan collides with the steel. Khan heaves Yujiro into Evil knocking him out of the ring. He slings Yujiro into Cobb who pins him with the Tour of the Islands.

Owens is pinned by the Hirooki Goto & Yoshi-Hashi double-team. 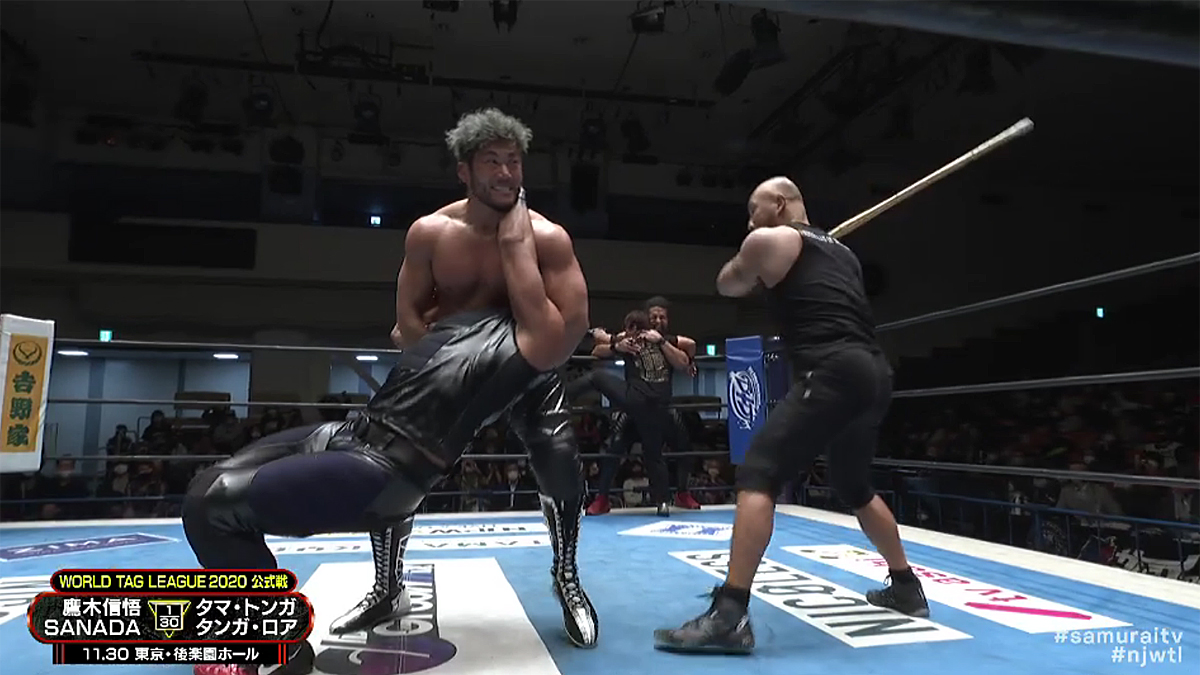 Jado winds up for the pitch. Courtesy: NJPW.

In a cool move, Sanada twists his way out of Super Powerbomb, tossing Loa across the ring. Takagi pushes Tonga away as he tries for a Gun Stun. Tonga runs into the official. Shingo blocks Jado’s keno stick attack punching him in the face. Sanada has Tonga in the Skull End. Jado whacks him with the kendo stick. Tonga pins Sanada with the Gun Stun.