The heroic service of Paul Boesch 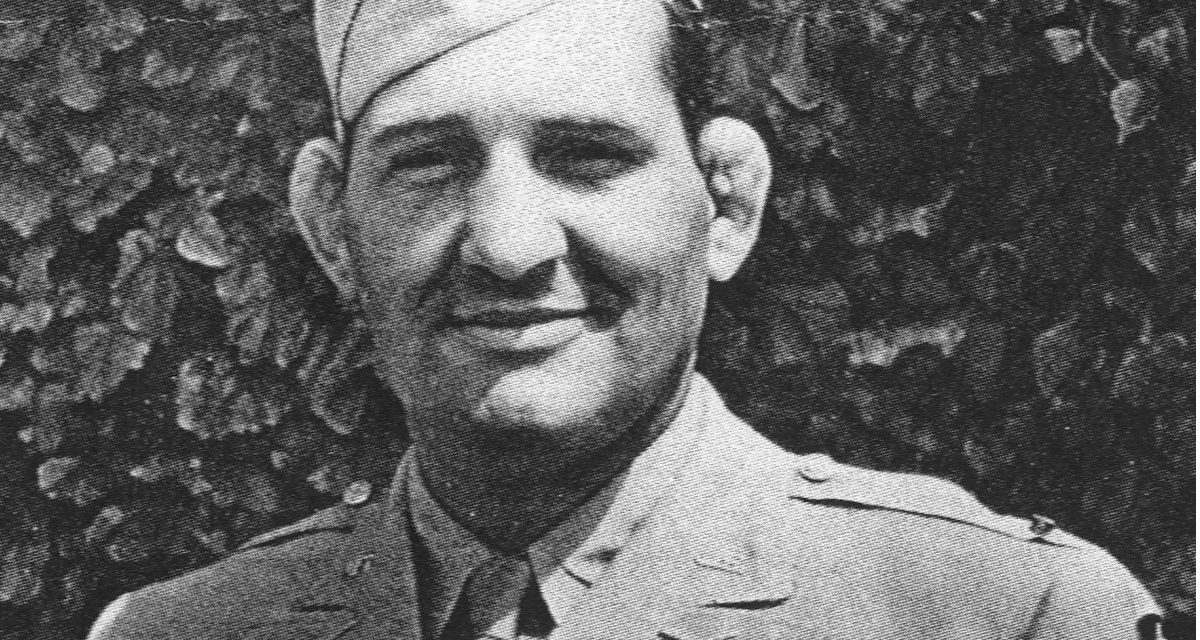 August 28, 1987 was a red-letter day in the life of Paul Boesch. It marked the denouement of a career that had been going on for more than 55 years as a wrestler, booker, announcer and promoter, from the Great Depression to the era of Hulkamania. The WWF put on the Paul Boesch Retirement Show at the Sam Houston Coliseum in Houston that night in honor of his service as one of the industry’s true good guys.

Service to the industry, yes, but service to the country even more so. For even if Boesch never stepped into the ring, never sat behind the microphone on “Houston Wrestling with Paul Boesch,” never promoted the 1973 National Wrestling Alliance world title change match between Jack Brisco and Harley Race, he would have deserved his own retirement show for his duties in World War II.

With his adventuresome spirit, Boesch — before World War II — was wrestling throughout the Pacific from New Zealand to Australia and the Philippines,” wrestling historian J Michael Kenyon wrote. “Narrowly escaping the invading Japanese armies, he got back to the States in time to join the Army and become one of wrestling’s most honored war heroes while slogging through the tough fighting against the Germans in the European theater.”

Honored, indeed. For his duties from 1942 to 1945, Boesch earned a bevy of awards, including a Silver Star, a Bronze Star, a Purple Heart, a Combat Infantryman Badge and a Croix de Guerre. “Paul is a looey over at Company G,” AP war correspondent Kenneth Dixon wrote in 1945 of a horrific battle in Germany. “He splattered krauts all over the streets of Hurtgen and led his men through the heaviest forest fighting.”

Born in Brooklyn, N.Y. in 1912, Boesch had achieved success as a lifeguard before entering wrestling in 1932. Working at Long Beach, N.Y., he was credited in various promotional pieces with saving 130 or more lives from the water around New York, a number so high that it would seem to preclude him from having time to learn how to wrestler. But he broke into the mat game in 1932 and achieved some success as a good guy, mostly topping out semi-main event status. 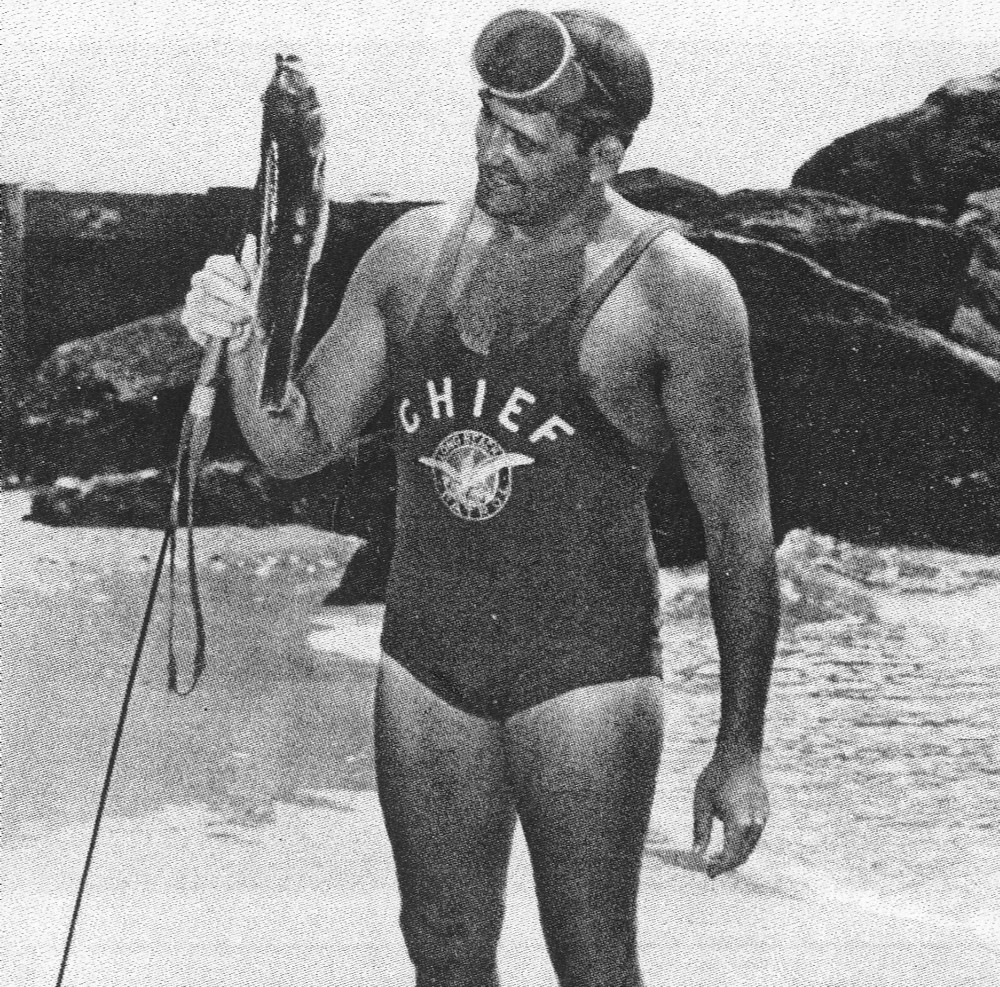 Ring magazine ranked him in its fourth group in 1936, with the likes of Wee Willie Davis and Maurice LaChappelle. By early 1942, when he was working the Louisiana-Texas circuit, his dropkick earned him the nickname of “Bombshell” Boesch. The Shreveport Times called him “something of a sensation. He has 13 years of experience behind him and, despite his 33-year-age, moves around with the agility and ease of a youngster.”

Boesch enlisted in the Army in October 1942, earning a commission as lieutenant in June 1943 after training at Fort Benning, Ga. He was among many wrestlers who labored in the war effort. One count by a Chattanooga, Tenn., promoter listed more than 150 wrestlers stationed somewhere in the world with another 50 holding down defense-related jobs. Rank in the wrestling world meant nothing to rank in the military — past and future world champions such as Joe Savoldi, Gus Sonnenberg and Steve Casey were in there with the ham-and-eggers.

But Boesch did something the others didn’t. He wrote a book about the war. Road to Huertgen: Forest in Hell is his incredibly personal account of a bitter series of battles during fall and winter of 1944-45 that makes anything he did as a wrestler or promoter pale in comparison. 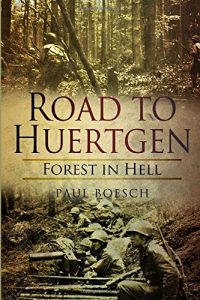 One of many editions of Road to Huertgen.

Military analysts have long questioned the rationale for fighting over a heavily wooded area near the western border of Germany, saying the Nazi-controlled territory possessed little strategic value. At the time, though, it was a fight to the death to break the German West Wall and prevent its deployment as a base for a Nazi offensive. “My orders were very simple: ‘See what you can do about capturing the town of Huertgen,” Maj. Gen. P.D. Ginder recalled in a note in Boesch’s book.

Boesch had already proved his valor before he arrived in Germany. In France, he earned a Silver Star for moving ahead of his own lines to rescue a fallen soldier, even though enemy fire had killed another man on the same route. “The same night Lt. Boesch organized patrol and led it in evacuation of four wounded men from enemy held territory,” the commendation read. 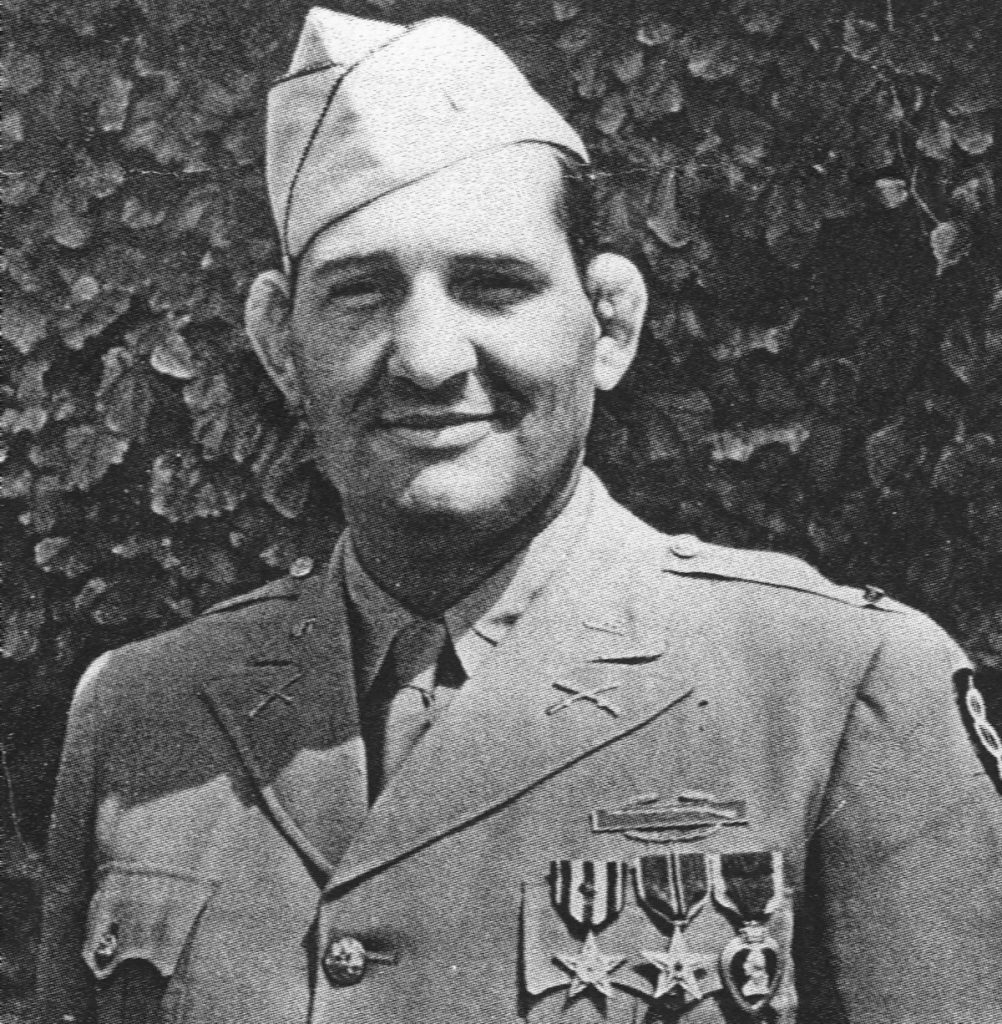 But Huertgen Forest was a fight of greater magnitude. So valuable was it to the Germans that they offered furloughs and Iron Crosses as incentives to soldiers. Waged amid miserable weather and 100-foot-tall fir trees so thick that they blocked any vision, it would claim an estimated 30,000-plus Army casualties. But Boesch insisted that his G Company of the 121st Infantry would gain and hold ground.

“Faster and faster the shells came as if Satan himself urged the gunners on. Shell fragments, rocks, and clumps of dirt rained down. The air became nothing but acrid, choking dust filled with confusing, terrorizing sound,” Boesch wrote.

“I lay there, hugging the ground and holding my steel helmet in an iron grip. At last I spotted a few feet away, a small crease in the earth, a tiny mark of erosion barely three inches lower than the soil I was burying my face in. But three inches looked like the Grand Canyon, and I wormed my way into the crevice and wriggled into it.”

As Maj. Gen. William “Wild Bill” Weaver, a commanding general during the onslaught, concluded: “There was no battle on the continent of Europe more devastating, frustrating or gory.”

Boesch’s book is full of the horrors of war, of men left to die in the field and limbs snapped like twigs with a step on a mine. He waded through ditch river turned red with blood of one of his fallen friends. At one point, he had less than 30 men on duty, down from the original 190 in the company.

Yet he never wavered in his mission, saying he fully expected to return safely to the U.S. “A man did not let his thoughts wander too far from the gloomy present into the even more dismal realm of what might happen,” he reckoned. “Somewhere there had to be a ray of hope to enable you to carry on from one bloody, muddy, miserable day to the next.”

The solace was in doing your job. Boesch and G Company slipped through close-range firefights in November 1944 to gain a vantage point on the edge of Huertgen. “There, completely surrounded, he demonstrated outstanding leadership,” Weaver said. “He and his depleted company hung onto this valuable conquest and with their unconquerable determination gave a springboard from which the final attack was successfully launched.” The incident led to another Silver Star for Boesch.

It would be hard to top that upon returning to the mat. Boesch restarted his career for Tom Packs in St. Louis in September 1945 while stationed at nearby Fort Leonard Wood, earning acclaim as a true war hero and working on cards with Cpl. Lou Thesz. Before a show on Oct. 5 in St. Louis, Packs hosted about 100 members of the Gray Bonnet Division at Fort Leonard Wood — Boesch’s comrades in arms — before they gathered to watch the lieutenant knock off Dick Lever.

His comeback didn’t last long, though. Boesch suffered a broken leg in an October 1947 car collision with a trailer truck en route from San Antonio, Texas to Corpus Christi. The injuries effectively ended his in-ring career, but he soon hooked on with Houston promoter Morris Sigel as announcer, PR man and booker. He understood the power of television early on, once writing, “It is hard to explain how people stood in front of TV sets placed in store windows to watch wrestling, and how Friday night was wrestling party night in someone’s home.” 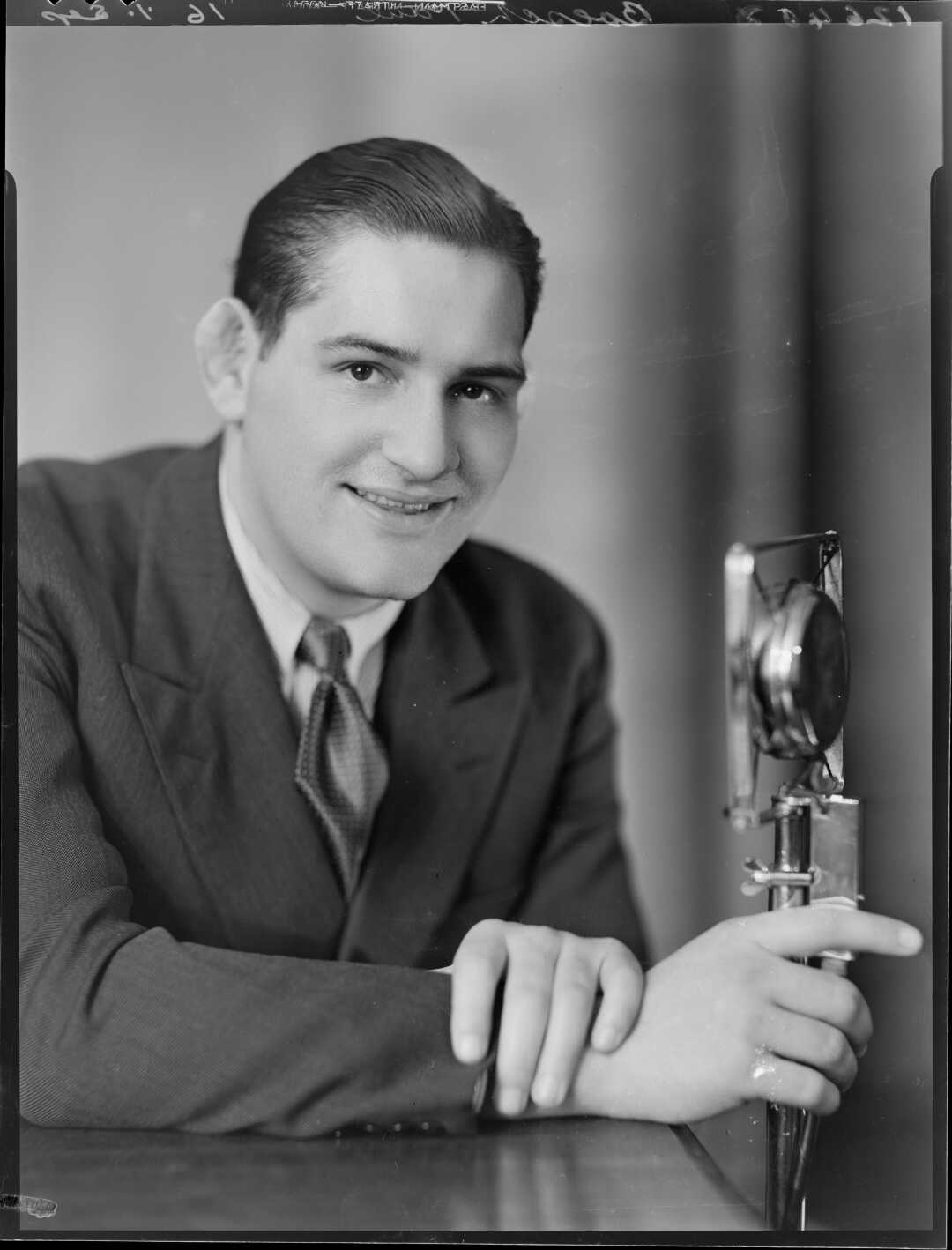 In 1967, Boesch bought the Houston territory following Sigel’s death and earned plaudits for the way he ran his towns. “Houston was probably the jewel of the Texas promotion, second only to the Dallas/Fort Worth area. Paul consistently drew capacity, or near capacity houses for the years that I was with him, and long before,” said manager and booker Gary Hart.

Veteran star Barry Darsow had similar recollections. “When you came into the building, he’d come back in the dressing room, he’d sit down and talk and tell all his old stories and all this stuff. But the payoffs that would be made at that building were better than any other payoff anywhere else.

“So to me, Paul Boesch was a very, very honest man. He treated all the guys with respect. He wasn’t an old-time wrestler or anything that treated you like you weren’t nothing. He made everybody seem like somebody. What a gentleman,” Darsow said.

A gentleman. A war hero. And worth remembering on Veterans Day.