Five things I learned from NXT in Detroit

ROYAL OAK, Mich. – NXT Live concluded its road trip through New York state, Ohio and Michigan, with NXT Detroit. The Royal Oak Music Theatre was packed once again for another sold out show, with the brand’s third event in this venue.

The raucous crowd was treated with a huge six-man main event, an NXT title match, and many more. Here are five things that I learned from attending Sunday’s show. 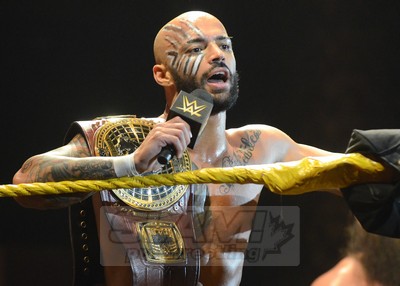 The show starts off hot with two exciting bouts, and looks to have another one, as the new German talent of Marcel Barthel makes his way to the ring. He comes out to his bold, classical theme music “Symphony No. 9,” along with boos and disapproval from the crowd. Barthel raises his arm with a microphone in his hand, attempting to start a promo, only to be stopped by a chorus of boos from the fans. He tries again, with the same results, and eventually this frustrates Barthel. He can’t seem to make up his mind of whether to leave, or start his promo, even though the crowd has openly mocked him, chanting “nien.” Barthel wouldn’t be able to make his decision, as Lars Sullivan runs in and takes Barthel out. 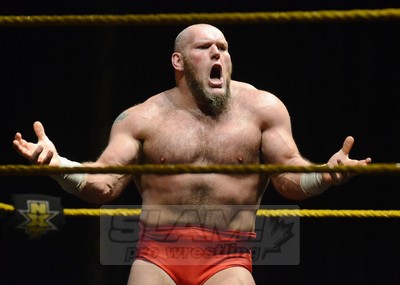 Following his attack on Barthel, Lars Sullivan makes it clear to the NXT audience that he didn’t take out Marcel Barthel for them, but only because he couldis oppo. Sullivan’s opponent, Johnny Gargano, makes his way to the ring with mixed crowd reaction, getting ready for this next contest. Sullivan has the upper hand throughout the match on his smaller opponent, but Gargano kept on fighting. Gargano makes his way to the top, but Sullivan pushes the ref into the ropes, tripping up Gargano, and ending this match in disqualification. Sullivan then grabs a chair, looking to hit Gargano, but Johnny Wrestling somehow reverses it, hitting Sullivan with the chair instead. 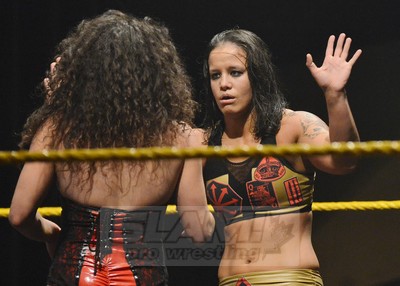 After intermission, the next match up is Nikki Cross and Candice LeRae versus Vanessa Borne and Shayna Baszler. Both teams are obvious odd couples, and this is seen by the awkward altercations between Cross and LeRae. But the same thing occurs in the middle of the bout as Baszler and Borne have a miscommunication, which leads to Baszler taking out her partner and abandoning the match. Cross and LeRae capitalize on this, and pin Borne. The two celebrate their win together. 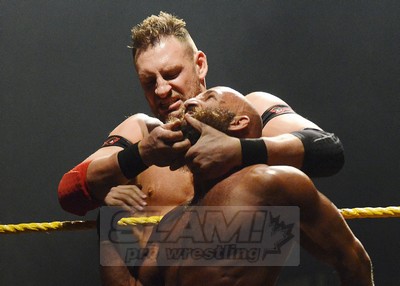 The next match on the card is set to be contested for the NXT Championship. The challenger, Dominick Dijackovic, comes out to a rather quiet crowd reaction. The champion, Tommaso Ciampa, gets the opposite reaction, walking through the curtain with no entrance music, which is instead replaced by clamoring boos and chants. The match starts off slow, but drastically picks up near the end. Dijackovic seemingly made the crowd turn 180 for him, as he shows off his impressive feats for a man his size — strong big boots, second rope moonsaults, and even a top rope dive to the outside. Just when we thought we would have a new champion, Ciampa escapes with a roll-up victory. Dijackovic still stays in the ring though, showered with applause and a standing ovation from Royal Oak, completely opposing his initial entrance reaction. 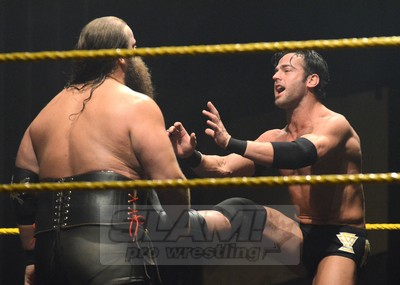 The final matchup is underway, and the War Raiders are the first ones to enter. They are followed by their tag partner, and NXT North American Champion, Ricochet. Following them comes The Undisputed Era, to the loudest pop of the night. The crowd chants along to the signature “boom!” and “Adam Cole Bay Bay” catchphrases as Cole, Kyle O’Rielly, and Roderick Strong enter the ring. The two teams battle it out, delivering blows to one another, and showing off their teamwork. The high-flying abilities of Ricochet (and Hanson, surprisingly, too) and the War Raiders prove to be too much for The Undisputed Era. Ricochet gains the pinfall victory for his team to close the show. Richochet thanks the Detroit crowd for their support, and being “NXT.” 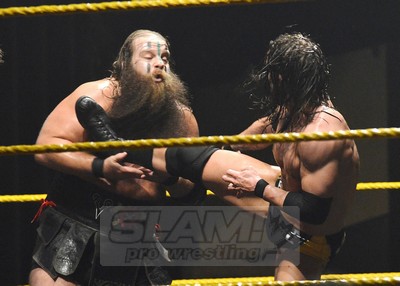 To no one’s surprise, NXT pulled off another incredible show. It had almost all of the brand’s major names, and even NXT alumnus Tyler Breeze. The glaring omissions were NXT Women’s Champion Kairi Sane and Velveteen Dream. Royal Oak chanted for the Dream throughout the night, most noticeably during the two main events when they realized he wouldn’t be appearing. (He worked two EVOLVE shows this weekend.) But even with the absence of the fan favorite, the show went on, and did just fine without him. 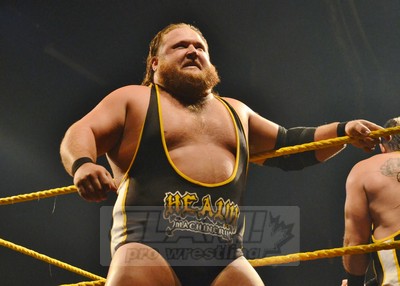 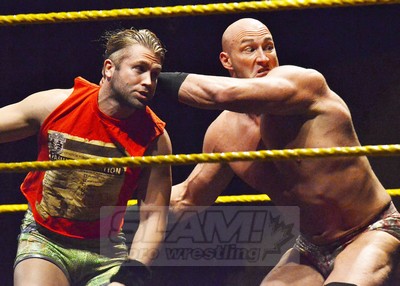