Derek Callon’s book, The Untamed White Savage, is an interesting journey of how his father became a wrestler while serving his country, along with being involved in a situation with the underworld of Singapore.

This hybrid of a story, which is a mix between fiction and the real life story, starts off detailing how young Derek Callon (the author’s father) is busted by Tom Callon (the author’s grandfather) for not attending school, which has happened for several days, due to him being picked on by the students and teachers (which in today’s culture would be considered bullying). Tom decides to teach him some forms of self defense (he was a bare knuckle fighter) and introduces young Callon to a former Olympic wrestler who shows him some moves.

Callon gets called up to serve in the British Army at age 18. During his training, he beats one of the captains in boxing after the captain humiliates a few of the other soldiers. After defeating the captain, Derek gains some respect from his fellow soldiers.

Savage then jumps a year later to 1945, where Callon is sent to Singapore after Japan surrenders in World War II. One night while out with his fellow soldiers, Callon discovers professional wrestling, and at the end of the card, American wrestler Jonny Eagle challenges anyone from the crowd to wrestle him. Callon accepts and beats the wrestler, which brings the attention of a local promoter named Kazar. Kazar offers Callon a spot in wrestling, but Callon declines at first because of his duties on the docks in the Army. Kazar says he can help Callon out in getting him out of some of his duties if he agrees to wrestle, which he finally agrees to become a wrestler when he sees the money he can make. 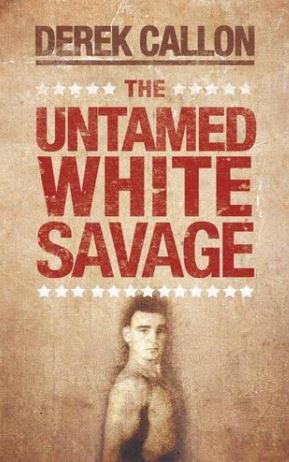 The story then follows Kazar taking Callon to success in wrestling, while being granted special treatment by the Army, with help from Kazar and a “mystery man” who asks Callon to teach him wrestling moves. Callon starts learning the local language working on the docks, while enjoying a celebrity status as the wrestler “The Kid.” Callon’s career takes him to the final four of the Light Heavyweight Title Championship tournament.

Callon’s wrestling career then is featured, while he agrees to help the “mystery man” with driving a truck across the border with a special cargo, which he later finds out to be drugs. Callon gets special treatment after a fighting incident on base with one of his captains, where he injures the captain and several other officers. While serving his punishment for the fight, Kazar sneaks him off base and Callon wrestles under a mask (so the Army does not know who he is). Some members of the Army end up being a part of the smuggling, as well as an incident where a mafia style hit is put out on “The Kid.” Callon is trying to unravel what is going on in this secret mission, trying to put the pieces together of the mystery man, why he gets leniency in his punishments on top of training for the championship.

The Untamed White Savage has many parts to it: action (following The Kid’s road to the title), suspense and mystery (finding out what the cargo is and how the other people play a role in the scheme), and history/biography (The Kid’s real life story). The book has several jumps time-wise, jumping a year later at several points, to keep the story moving. The book, which was self-published in 2011, is 343 pages of action and suspense and wrestling detail, similar to a Rocky-type sports tale. There are photographs of “The Kid” from his wrestling days and him being on the base from the author’s personal collection. The back of the book has a footnote and some background information of some of the characters mentioned in the book, and the author’s take on some of the plot parts that are left hanging.

Overall the book is enjoyable, especially for readers that like mystery, crime, and history, all combined with a wrestling story. This is not just a wrestling book, but a son’s tribute to his father who overcame obstacles in and out of the ring.

The Untamed White Savage is available from Matador, which is an imprint of Troubador Publishing Inc.