Things will only get hotter for Scarlett Bordeaux 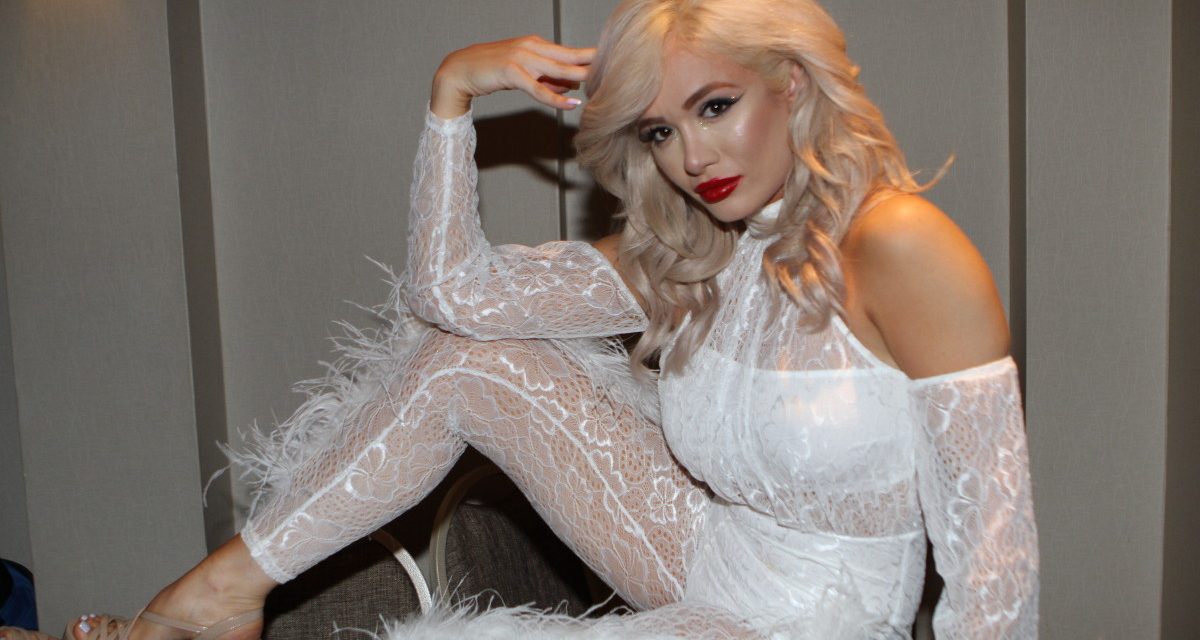 During an Impact Wrestling media conference call Tuesday, Scarlett Bordeaux exuded confidence and good humour, but there was something missing. Ah, yes, the visuals.

In recent memory, no woman wrestler has been pushed so much based primarily on her looks. It’s reminiscent of Sable in WWE many years ago.

It’s all part of the plan, she assured.

“People are still trying to put in a little box about what women’s wrestling is supposed to be, how they’re supposed to dress, what they’re supposed to say,” Bordeaux said during the media call. “So when people say I’m bringing it back 20 years, am I? Honestly. … I think people are easily offended and triggered.”

The whole persona is not far from the sexy character she portrayed in Ring of Honor and on the indy scene for years. It’s been amped up with the production values of Impact Wrestling, the creativeness of the behind-the-scenes team (Don Callis was the catalyst behind her “I will not be hot-shamed” catchphrase), and Bordeaux’s willingness to stand in the face of the #MeToo sexual harrassment world and be who she wants to be.

“It’s just been so over-corrected in my opinion, everyone’s so offended and careful about everything,” she responded when asked about #MeToo. “Even when I was dressing sexy, people were like, ‘Oh, no, you’re being objectified.’ ‘No, it’s my choice to dress sexy.’ And I can still demand respect, I can say what I want, I can dress how I want. And even if in some people’s eyes it’s skanky, or whatever, I can still demand respect and perform how I want. The thing about wrestling — I’m going to go on a tangent now — but the thing about wrestling, in my opinion, is they say it’s an art form, until it’s abstract, and then people lose their minds if it’s something different than what they want. I’m just having fun and being me.”

The 27-year-old, who lives in the suburbs of Chicago, says it’s all her. “The character, deep down, is my alter-egoed heart and soul, let’s put it that way.”

Known as “The Smoke Show” and bragging about being Perfect 10 in a world of threes and fours, she has been involved in a number of Impact Wrestling vignettes, interview segments, and, soon, plans to be involved in matches, ultimately aiming to be Knockouts champion.

Via storyline, Bordeaux claims she “doesn’t feel safe” wrestling the Knockouts yet, but in reality, her craft is only improving as she travels, having recently wrestled in Japan for Stardom, in India in front of a crowd of 70,000 for the Great Khali’s group, and in Mexico for AAA — and she’ll be in Mexico again this weekend as Impact Wrestling tapes its shows there for the first time. “Every little thing adds to my arsenal, and is making me a better performer slowly,” she said.

“When I started, WWE was the end-all, that’s what everyone wanted, and now, you could even ask me, ‘Do I want to go to WWE right now?’ and the answer is no. I’m extremely happy right now in Impact. I love what I’m doing and I love traveling and traveling the world, working for Stardom, working for AAA,” she said. “There’s money to be made on the independent scene right now. The WWE, maybe, maybe one day I’d be great, because I want to experience everything. But right now, I think the entire point of it is to travel and perform and just love what you’re doing, and I am. I think a lot of people are feeling that way too.”

Bordeaux, as the real life Elizabeth Chihaia, was an admitted “late bloomer” in many ways. She did figure skating, rose horses, sang in four choirs, but never played a team sport growing up. Sports never really clicked with her, and she described herself today as a “horror movie, occult, conspiracy theory watching person.” Surprisingly, she loves camping and the outdoors, and is hoping to schedule a trip to Tanzania to climb Mount Kilimanjaro. 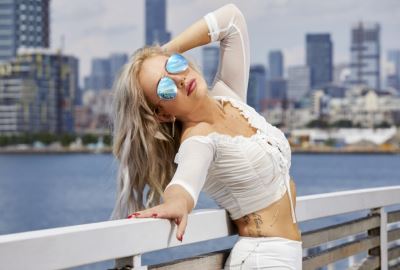 Hard to believe, for one, that she didn’t attend her senior prom in high school — because of wrestling, of course.

“It was the end of my senior year of high school and some of the girls I worked with, they would go to indy wrestling shows every single month, they were huge fans,” she explained. “I didn’t even know what they were actually talking about when they would go. But one day, I was just like, ‘Okay, can I come with you guys?’ I chose not to go to my prom. I was dating from out of state … I decided to go to a wrestling show instead, it was AIW. I saw it, I loved it.”

Musical theater studies at Columbia College called next, but, as she puts it, “I knew I wanted to be on stage and perform somehow.”

She began helping out with Chicago promotions, setting up the ring, selling tickets, until she was asked to put on a sexy Santa outfit and receive a piledriver. “I didn’t know what a piledriver was, because I didn’t watch wrestling until my first indy shows. My parents didn’t let me watch it,” she said.

From there, she really caught the bug and trained at Truth Martini’s House of Truth in Detroit, where Jimmy Jacobs was another of her trainers.

While Chihaia wasn’t Scarlett Bordeaux from the get-go, the wrestling experiences changed her.

“Wrestling really toughened my skin, so I think that’s when I got kind of nastier, and I don’t put up with anything,” she said, adding, “That, and working at a night club. Working around drunk people all the time definitely makes you tough.”

Now, it’s social media forcing her to take a stand. “I’m already kind of used to social media backlash. It doesn’t bother me, I don’t pay attention to it. If there’s anything really aggressive or I feel is dangerous, I just block it. I never get triggered or respond. I just see the people who get upset as toddlers just wanting attention. I think the reason a lot of them even say mean things is to try to garner a response from a me, because they think it’s more likely I’ll respond. But sorry, guys, it doesn’t work like that. I only retweet and respond to things saying how awesome I am.”

An obstacle early in her career was her lack of knowledge about pro wrestling in general. “Being new to wrestling and not watching it as a kid, it was really hard for me,” she said. There were plenty of times where she wouldn’t know who some of the wrestling legends were in the locker room. “There was one time they wanted to throw my bag out of the locker room.”

“There’s a lot of etiquette to learn in wrestling,” Bordeaux said. “Eventually, I caught on. I’ve learned all about the history, and I respect it so much.”

Asked about the lesson learned from her journey so far, she replied: “Don’t listen to anyone else when it comes to what you’re passionate about and what you want. Anyone who cares about you is going to support you no matter what you do.”

Which brings Bordeaux to Impact Wrestling, where she is burning up the screen.

“It’s definitely the most fun I’ve ever had in wrestling. I didn’t know what to expect,” she said of the promotion. “I didn’t know the amount of creative freedom I would have. It turned out amazing.”

Long-time readers of SLAM! Wrestling and Ontario fans will recognize that “Bobo,” the erstwhile Impact interviewer Bob Kapoor, is actually our own writer, “Bloodthirsty” Bob Kapur.

There is undeniable chemistry between Bordeaux and her fawning admirer. How about bringing Bobo on the road?

“I would love to. He is great at serving me drinks, and fanning me, and he’s not a bad singer. When he belted out that song, I was trying to act nonchalant about it, but deep down, I was like, ‘Damn, this is actually pretty good.’ Because that was all him.”