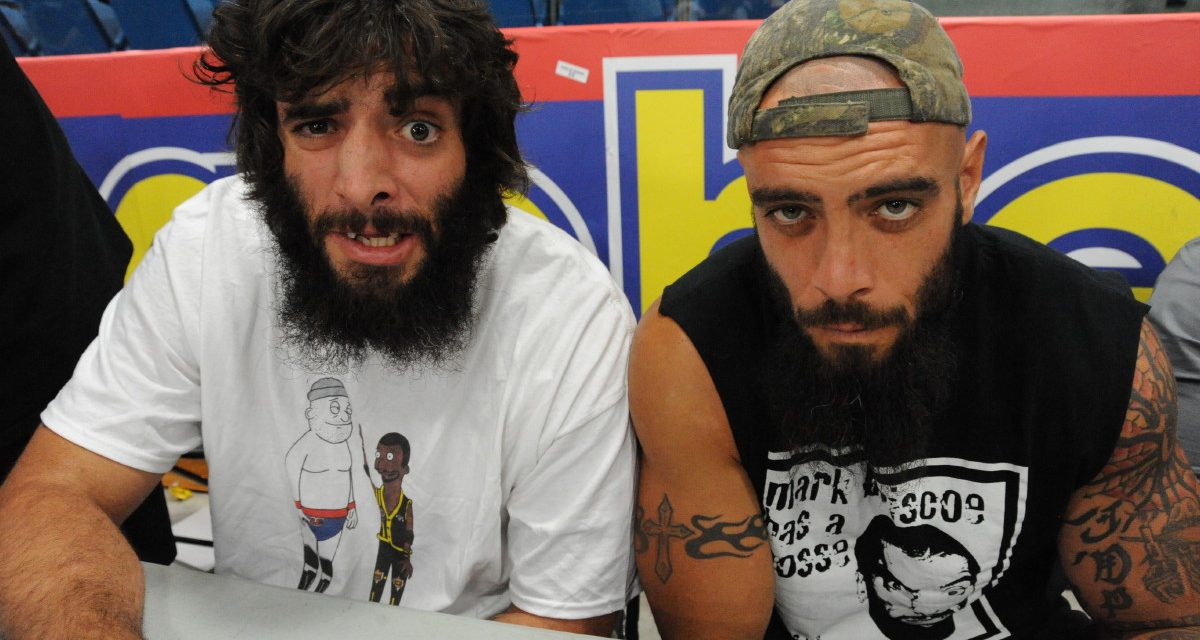 Being a top star in any wrestling promotion is not easy, as it comes with an awful lot of responsibility. But Jay Briscoe has already been a major star in Ring of Honor for several years; only now, he has a World Championship to dot the exclamation point.

“ROH has always had the basic concept of guys going out there and busting their ass, and just proving that they can go. As far as the heart and soul of the company, it’s always been about going out there and putting on the best show possible,” Briscoe said. “I’ve been here for so long and I’ve seen it all. It’s just an honour that this company would have faith in this old simple country boy from Delaware.” 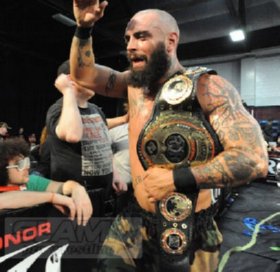 Jay Briscoe heads to the ring for the ROH Border Wars iPPV. Photo by Mike Mastrandrea

After a successful title defense against Adam Cole at the recent Border Wars Internet pay per view in Toronto, Briscoe is now looking forward to future title defences. He only hopes to be matched up against worthy contenders.

Being a champion is not just something that Briscoe pretends to be for the benefit of the viewing audience; it’s what he is. And he wears and defends the championship with pride, just like any other champion in any other sport would.

“[Recently] in North Carolina, I was wrestling a guy, and they (fans) were wondering if it would be for the ROH World Heavyweight Title,” Briscoe said. “Everybody wants to see the belt involved and I always bring it out, but you can’t just be defending the title against people who haven’t earned a shot.”

With all the title defenses that Briscoe has lined up for future dates, one has to wonder if this could potentially be the end of Mark and Jay Briscoe as a team in Ring of Honor.

“Sh– no!” Briscoe said. “I’ve always done singles matches here and there, but I’m a tag wrestler at heart. I’m the champ now, so I guess I got to wrestle singles matches, so we’ll see how it goes.” The brothers tagged this past weekend in Pittsburgh. “so it’s definitely not the end.”

Briscoe actually competed on the very first Ring of Honor show in 2002. So being an ROH original, he might now be looked up to by some of the other wrestlers as kind of an unofficial locker room leader; a role that Briscoe doesn’t mind at all.

“I just do what I can. If somebody asks me something, I’ll be happy to help him out or let him know what I think,” he said. “But the whole locker room’s like that. We all like to help out the younger guys. It’s a group effort.”

It was during WrestleMania weekend, at Supercard of Honor VII, that Briscoe beat Kevin Steen for the World title. Steen admits to being a fan. “I think Jay’s the best guy to be champion, other than me, honestly,” said Steen. “He’s been here forever, and worked so hard for this company for so long. Losing the title is never fun, but if I was to lose it to anybody, I’m glad it with Jay Briscoe.”

When thinking of the greatest tag teams of this generation, or maybe even of all time, The Briscoes are surely at or near the top of most peoples’ lists. Just because they have different agendas now, doesn’t necessarily mean that they won’t ever team up again. After all, they just took on The American Wolves at the May 5th TV taping in Toronto. But what’s on most fans’ minds is the title match at the next iPPV, pitting brother against brother, Jay against Mark.

That iPPV is Best in the World, which takes place on June 22 from Baltimore, MD.

Until then, Jay Briscoe is enjoying his run as the ROH World Champion and hopes to keep that title for a long, long time.

EDITOR’S NOTE: This interview was conducted before Briscoe’s controversial tweets on homosexuality.