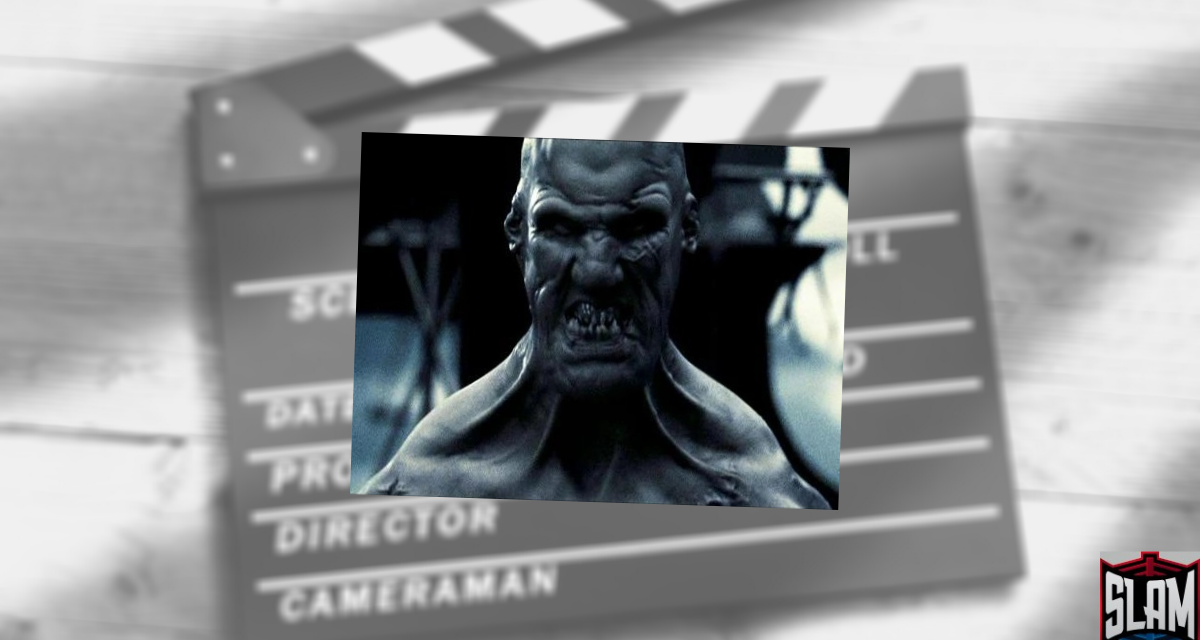 There was a time when Robert Maillet, better known as Kurrgan from his WWF days, figured it might be fun to be in a movie. He dreamed of being an actor — and a wrestler — as a young boy. Having been on a movie set for the better part of the last three years, it’s safe to say both dreams came true. With Guy Ritchie’s upcoming Sherlock Holmes, out in theatres on Christmas Day, he’s reconsidering his future and Hollywood keeps calling for him.

Maillet got his start in wrestling through Stephen Petitpas, who also worked as Sheik Ali in Montreal. His big break in the WWE was thanks to none other than all-time great Bret Hart; Maillet was a part of the controversial South African influenced Truth Commission. After that faction had run its course, he was repackaged to be part of the Oddities, a group of oddly shaped or very tall wrestlers that was partially influenced by radio shock jock Howard Stern’s group of individuals who were physically different from most. After Kurrgan left the WWF, he was only to be seen on a select few indy wrestling shows throughout North America and abroad. 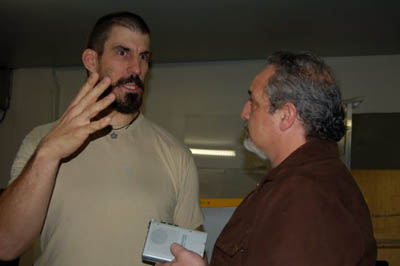 In 2001, however, Maillet took a shot at being an actor, starting with niche television shows produced in Canada, with his role as Leroy in an episode of the sci-fi television series, Lexx, as his most memorable one. These Canadian roles, though small, helped to prepare him for his biggest role to date: as a film actor in Zack Snyder’s 300, as Uber immortal (a giant, of course).

If one Canadian wrestling legend helped to give Maillet his big break in the WWE, it was another one that helped him get his big break in 300: Jacques Rougeau Jr. Rougeau was approached by the producers of 300, which was shot in la belle province, and asked him if he could suggest an actor with a villainous screen presence who could do his own stunts. Rougeau offered up Maillet’s name without hesitation, since they had worked together in Rougeau’s promotion. After looking at photos and wrestling clips, Maillet was flown down to Montreal, from his native New Brunswick. After a short audition, and a brief huddle discussing the pros and cons of Maillet in their movie, he was given the role on the spot.

Following that big break, Maillet was approached by the director of Sherlock Holmes, Guy Ritchie (Snatch, Lock, Stock and Two Smoking Barrels) to be in yet another movie, but this time beside an actor who was arguably the hottest and busiest movie star in the last three or four years, Iron Man star Robert Downey Jr.

When interviewed by Slam Wrestling, he confirmed his future plans. “I definitely enjoyed doing 300; it was a great movie with a great crew. But in Sherlock Holmes, my role is much more involved, and that only made me more ambitious to do more movies.”

While he may have been mocked as an “Oddity” in the WWE, he hasn’t been the target of ridicule by his fellow actors. On the contrary, he has received a lot of support from some of the biggest names in the business.

Their friendship was cemented through an on-set accident. For a key fight scene, Ritchie wanted Downey and Maillet to actually face off — no stunt doubles. Both were game. Rehearsal time, however, was restricted. Maillet had taught Downey how to back off from his punches, but when the scene was live, Downey didn’t move and Maillet connected with a thunderous right to the jaw. Down went Little Bob in a TKO. There was no movement on his part for five or six seconds before he came back around. 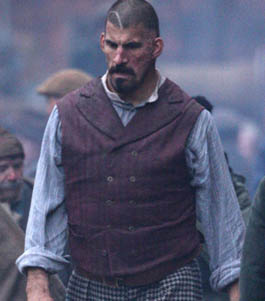 Once Maillet saw the blood coming out of Downey’s mouth, he figured he was done. “I thought, I just knocked out Robert Downey Jr., one of the most popular stars on the planet, I am so done in the business,” he admitted.

Even though Downey rose, cleaned himself up, and still finished the scene, he was taken to hospital. The next day, Maillet was in his trailer getting his makeup done, when he heard a knock on the door. In comes Downey with a sealed letter and a gift — obviously a gift-wrapped bottle.

“When I saw him coming in, I figured he was giving me my release letter himself,” Maillet recalled. “But no. He put down the gift on a table in front of me, then leaned the letter in front, gave me a wink, and left the trailer.” It was a simple card with a personal note in it that read: “No hard feelings … Robert Downey Jr.” And the bottle was champagne, “but not just any champagne,” replied Maillet, “I don’t know how much it was worth, but it was great champagne!”

With filming of Sherlock Holmes behind him, Maillet moved on to another film, to be released in 2010, called The Big Bang, with rapper Snoop Dogg, Sam Elliott and Antonio Banderas.

His experience in the movie business has been like a dream. Maillet admits that he would surrender his other love in a flash if he knew he could be busy filming for the next few years.

“I would give up wrestling right now, if I knew I could make a living in movies. However, I am happy that my first dream became reality and I was able to wrestle professionally and reach the top,” he said.

Maillet will never forget that it was his friend Rougeau that gave him the chance to be in the movies. “I am so grateful to Jacques for getting me connected in this business, and that’s why I am so happy to help out his wrestling federation the best I can.” He’ll be on Rougeau’s two Christmas shows — December 26th at 7:30 p.m. and December 27th at 2 p.m. at Montreal’s Verdun Auditorium.