On Friday, January 9th, the Ontario independent wrestling scene will bid farewell to one of the local greats. “Dangerboy” Derek Wylde will wrestle his last match.

Derek Wylde has been a main fixture on the Canadian circuit, wrestling for the now defunct Neo-Spirit Pro Wrestling, 3PW, JAPW, the popular Ontario promotion UWA, PWX, LLW, and many others. His contributions to the Canadian indy scene are immeasurable. 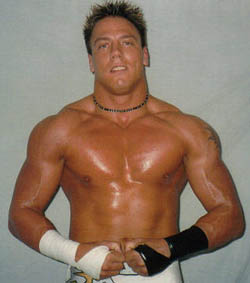 “The best way I can sum [up his contributions] is by repeating what I told the locker room after an indy show this past summer when Dangerboy wrestled ‘Showtime’ Eric Young in one of his last matches,” promoter Donnie Abreu told SLAM! Wrestling. “The match was outstanding and (in my opinion) will be named Ontario’s Match Of The Year on January 9th.”

To commemorate Wylde’s retirement, his DVD, Wylde in the Ring: The Absolute Best and Worst of Dangerboy Derek Wylde will be released on the 9th, as well as the Oblivion! CD, featuring original theme music for 14 independent wrestlers, Tha O Show theme, and a tribute track to Derek Wylde.

SLAM! Wrestling was given the opportunity to watch a screening copy of the DVD. It is exactly what it advertises itself to be — the best and the worst. Whereas most DVDs feature only the best matches in a wrestler’s career, this one takes a more honest approach.

“I didn’t want to put just my best stuff on there,” Derek Wylde told SLAM! Wrestling. “That would be a lie. For every great match I’ve had, I’ve had a bad one too. I wanted something that could show the progression of me as a wrestler. I picked a lot of matches the fans enjoyed, even if I hated them. I wanted to let the fans see that it wasn’t always easy for me in the ring. Being good at anything means being able to admit where you need improvement. Hopefully, everyone who gets this DVD will see how I’ve changed over the years.”

Indeed, the DVD accomplishes just that. Chapter One is entitled “Humble Beginnings,” and features a three-way ladder match for a Ring ‘N Ears event in 1997. It also features a match against L’Artiste for HWF in 1998. Both matches are relatively sloppy, as Wylde admits in his introduction to the chapter, and both appear to be recorded with a home camcorder. Granted, the matches aren’t as bad as Wylde seems to think, but neither are something you would typically see on a Best Of DVD.

In Chapter 2, entitled “The Neo Years,” Wylde begins to find his groove. His style and his work ethic evolved immensely during his time with Neo Spirit — an almost ROH-like Canadian indy promotion based in Niagara Falls. Wylde is critical of these matches but he is his own worst critic, as two of the three matches in this chapter, which includes a ladder match with “Showtime” Eric Young from 2002, are quite strong.

Chapter 3, called “Finding My Way” features matches against C.J. O’Doyle in 3PW, and Wylde’s participation in a fantastic match in the Best of the Light Heavyweights VI show for JAPW in 2003, taking on Grim Reefer, Ruckus, and Roderick Strong.

By Chapter 4, if Wylde’s humbleness hasn’t already won you over in his commentaries which open each chapter, then his performances in the ring will. Titled “Enter UWA,” this chapter runs down his time in, you guessed it, the UWA — which was, arguably, the most popular Canadian indy promotion running until its recent closure. The chapter features a very entertaining match with Sabian, and a Battle of the Sexes Street Fight with his now fiancée, Jennifer Blake, which must have been a difficult bout to make believable, but somehow they pulled it off and it comes off very well.

Finally, Chapter 5, dubbed “End of Days,” features Wylde in the current era, wrestling in 2008 for PWX against Pepper Parks, in a Last Man Standing match against Cody Deaner, and his final match in LLW against “Showtime” Eric Young.

The four-disc set also features some of Wylde’s personal favorite matches, including a spirited 60-minute Iron Man Match with Tyson Dux, Wylde’s favorite opponent, and fittingly, his opponent this Friday night in his final match.

“Tyson Dux was my first pick as my final opponent in July. At the last minute, he got called away by TNA and couldn’t do the show. I know he was hurt by it, so was I,” Wylde said. “I also understand business is business. I was given one final chance to get in the ring with Tyson on January 9th and I couldn’t pass it up. Tyson is my polar opposite in the ring. That’s what makes our battles (and yes, I do mean battles) so good. It’s like a chess match, trying to think ahead and scout the other guy’s moves. It makes for very exciting, hard-hitting matches. These matches always take me to the limit physically and mentally and that all comes out in the ring. Pound for pound, Tyson Dux is the best pure wrestler walking planet Earth, period.”

Wylde is battling his emotions as he prepares for the match, which will surely be worth the price of admission alone. 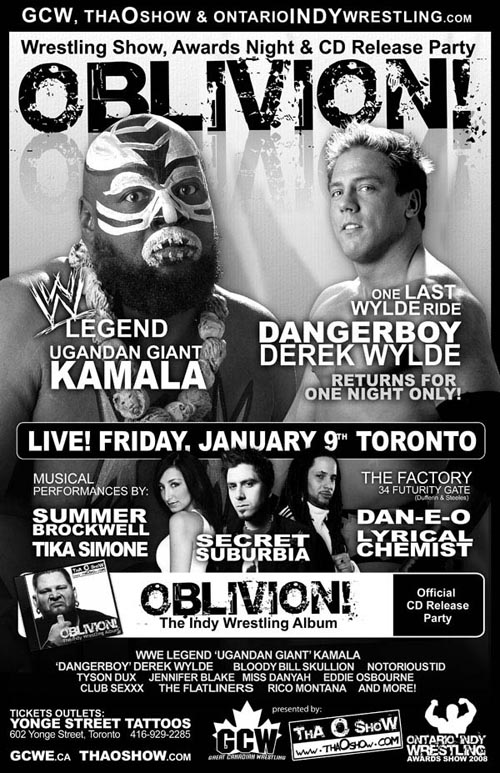 “Right now, I’m nervous as hell. I haven’t been in the ring for six months but I’m training hard to show up in peak condition. It’s my worst nightmare to not be able to hold up my end in this match. I guess we’ll find out January 9th.”

Wylde’s decision to retire was a tough one, but one that was beyond his control. His injuries caught up to him, and ultimately the decision wasn’t his.

“It wasn’t really a choice. I had gotten so beat up over the years that my body was falling apart. My style is hard on the body and I was feeling the years creep up on me. I wanted to be remembered as a guy who could go in the ring… not a guy who used to be good, taking up space.”

Despite his forced retirement, Wylde has no regrets. His attitude is indeed one to be admired.

“I got to do everything I set my sights on… I was on national TV, PPV and got to wrestle in Japan. More importantly, I have earned the respect of the fans and my peers. How can I ever look down on that? I said it a thousand times and I’ll say it again: I never wanted to be famous, just good.”

As mentioned, also being released on January 9th is the Oblivion! CD. It is an original score featuring theme music for indy wrestlers. Also on the disc is a tribute track to Derek Wylde.

“I really enjoyed it. It was a nice surprise. I’m looking forward to this album, I’ll be in line like everyone else getting my copy on January 9th,” said Wylde.

Donnie Abreu, one of the main contributors to the album and a former SLAM! Wrestling columnist, spoke highly of Wylde and explained the decision to include a tribute track for the Dangerboy.

“I’ve been proud to call Derek Wylde one of my true friends in the wrestling business for years. He’s a stand-up guy, with an incredible work ethic. He cares so much about protecting the business. He also looks after his friends,” Abreu explained. “When we launched O Show Music in November of 2007, Dangerboy was one of the first people to contact me. He hired us to create a theme for his fiancée, ‘Girl Dynamite’ Jennifer Blake, as a Christmas present. I was honoured that he put that much faith in us… without fully knowing how the end product would sound. It all worked out. On Christmas morning I got a text from Jen that said ‘OMG OMG OMG OMG! I LOVE IT!! THANK YOU!!’ When we were finalizing the tracks for Oblivion! Tha Indy Wrestling Album, we decided to surprise Danger with a track of his very own. It’s called ‘Legendary,’ and I hope people see it as an appropriate tribute.”

Oblivion! Tha Indy Wrestling Album is indeed an original. Never before has a CD been released featuring original content created for independent wrestlers.

“O Show Music was created out of demand,” Abreu continued. “I host Tha O Show radio program with Canadian Hip Hop star, Dan-e-o. Our technical producer is TJ Habibi of the Toronto band Secret Suburbia. I myself have no musical talent at all, but we saw an opportunity to leverage the talents of these two, as well as others in the music business to create custom theme songs for pro wrestlers.”

Encouraged by this album, plans are already underway for a second volume, which will feature more original songs for North American indy wrestlers. 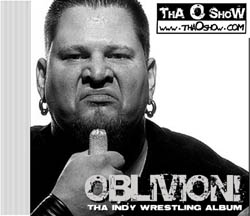 The tracklisting for Oblivion! Tha Indy Wrestling Album, is as follows:

Again, the album is being released on January 9th, along with Derek Wylde’s DVD, Wylde in the Ring: The Best & Worst of Dangerboy Derek Wylde at the CD release party, set to take place at The Factory (34 Futurity Gate – Dufferin and Steeles in Vaughan). Doors open at 8:00 PM EST.

The CD will be available for purchase for $10.00. GCW, one of the premiere indy promotions in Ontario, Ontario Indy Wrestling, have partnered to present an outstanding card to be held at the release party as well.