During the late 1980s, Dusty Rhodes changed his intro music from Bob Seger’s “Old Time Rock ‘n’ Roll” to “You Can’t Judge A Book By Looking At The Cover.” Apparently such was also the case for Gordon Solie, the announcer for over 30 years for the old Championship Wrestling from Florida telecast and Georgia Championship Wrestling for over a decade in the ’70s and ’80s. 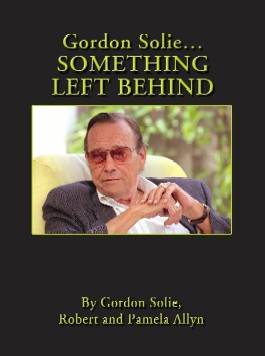 Pam Allyn, Gordon’s daughter, has lovingly crafted a record of her father’s life, along with her husband Robert, in the recently-released Gordon Solie … Something Left Behind.

When I first purchased the book at the recent Wrestlereunion, I told Pam just how much Gordon had meant to myself and my circle of friends. She seemed geniunely touched by not only my comments, but the many kind words of others at the weekend-long event about her father.

At first glance, the book appears to be a nice coffee table book, complete with some fantastic photos from Gordon’s private collection. However, the book, much like Gordon, offers much, much more after a full reading. The memories of Gordon from the perspective of a longtime Florida wrestling fan like myself, were of the “dean of wrestling announcers”. Gordon was the guy who not only taught you the wrestling holds, but why they worked and were effective, and the particular body part that was being disabled. He truly was a wonder to listen to.

But Gordon was so much more.

I had known that Gordon had a lifelong love of stock car racing, including some early work in broadcasting the races to fans along the west coast of Florida, but I didn’t know he was involved in publicity work also. The book has some wonderful photos for fans of really old school stock car racing, going back to the early ’50s.

And quite obviously, fans of wrestling will enjoy some of the many wrestling photos from throughout Gordon’s career in both Florida and Georgia, along with some stories from the road. One story recounts a great prank played on Gordon by Eddie Graham and Sam Steamboat when Gordon was “secretly” training to become a pilot of private aircraft.

The real surprise of the book though, is in learning that our man Gordon is quite the man of the world, a bit of a bon vivant, if you will, with the publishing of some of Gordon’s poetry and short stories. And you know what? They’re really good. The short stories are almost of a “pulp fiction” variety, with plots involving prostitutes and armed robberies gone wrong. The poems reveal a far more personal Gordon than any of us ever would’ve guessed, with Gordon laying bare his soul with poems about divorce and being seperated from his children.

Gordon Solie … Something Left Behind was a wonderful surprise … great photos, wonderful stories from the road and some very thought-provoking prose from the man who fans of Florida will forever know as “the dean”. What was at first a simple coffee table book is so much more. Truly, you can’t judge a book by looking at the cover. 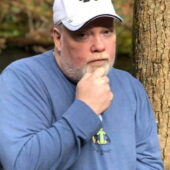 Jeff Bowdren has been a wrestling fan since the early 1970s, and has been writing about wrestling since the early 1980s. He has had books published through CrowbarPress.com, and is the co-host of the popular podcast, Breaking Kayfabe with Bowdren and Barry, with Barry Rose.