Guest column: Col. DeBeers: It’s an honor to be honored

LAS VEGAS – Man, it’s hard to get out of bed here in Vegas. The aches and pains of years of wrestling are only compounded by staying up too late, drinking too much, and telling too many lies.

But the pain is worth it. 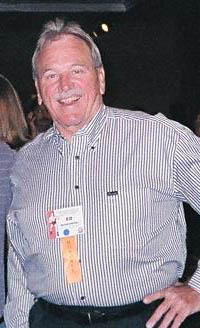 Tonight I’m being honored by my peers here at the Cauliflower Alley Club reunion, and it’s really a cool feeling.

I’m just not a 100% sure who I’m being honored as, I worked under so many names.

Most of the time when I’m shooting the bull with my buds here I’m just Easy Ed Wiskoski.

There’s a huge contingent of workers and friends from the Pacific Northwest, which is where I live now and run a wrestling school with “Playboy” Buddy Rose. In fact, Tubby is being honored tonight too along with Moondog Ed Moretti, another Portland guy.

It means a lot that some old running mates like Buddy Wayne, Art Crews, and Bryan Alvarez have come down from Oregon too.

In fact, I almost fell through the floor when I saw Art Crews. I hadn’t thought of him in years and I thought from reading Ring Around The Northwest that he was far removed from wrestling.

Reggie Parks is a guy I worked with lots, and he looks great, and still makes the belts.

I really enjoyed talking to “Rubberman” Johnny Walker too, who I hadn’t seen from my first years in the business. Some know him as Mr. Wrestling II as well.

In the end, there are many others that I wish were here too, people who had an influence on my career like Lord Littlebrook, Lord Al Hayes and Kay Noble.