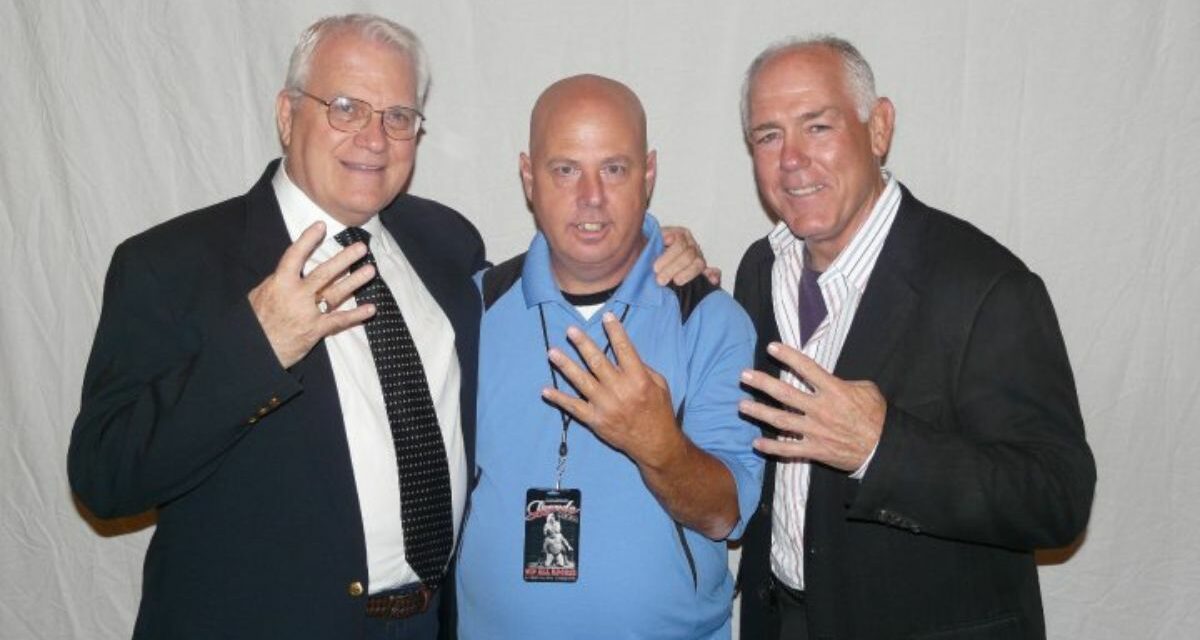 David Chappell and I were very sad to learn this morning of the passing of our friend and Mid-Atlantic Gateway contributor Eddie Cheslock. Eddie’s family posted on Facebook this morning that Eddie died peacefully and comfortably at 3:30 a.m. Wednesday morning, January 25, 2023. We send our heartfelt condolences to Eddie’s wife Janie and his son Michael, and to all of Eddie’s friends and family.

Eddie was a ringside photographer in the Mid-Atlantic area for Bill Apter in the 1980s, based out of Richmond, Virginia. His work was seen regularly in the wrestling magazines you bought on the newsstands in that era. His work has been featured frequently on the Mid-Atlantic Gateway and in the Gateway books. Eddie also provided many of the wrestlers in Jim Crockett Promotions with photos they could use for publicity purposes or autograph signings, and this continued well into the following decades as he maintained relationships with many of the stars he had befriended in the 1980s, 1990s, and on into the 2000s.

Eddie was perhaps more familiarly known for his regular attendance to the many wrestling conventions and independent supershows held in and around Virginia and the Carolinas, most notably the Mid-Atlantic Wrestling Legends Fanfest and The Gathering in Charlotte, and Wrestlecade in Winston-Salem, NC. He and Janie and Michael traveled a lot of miles over the years and enjoyed seeing friends and “Mid-Atlantic mafia” members at many of these shows along the way.

I personally want to remember Eddie for his incredible generosity to me over the years with regards to his wrestling photo archives, both on the Mid-Atlantic Gateway and in my various book projects. 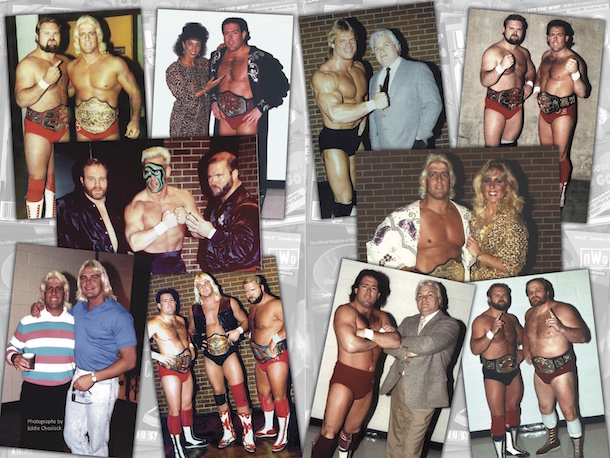 A collage of some of Eddie Cheslock’s photography as featured in the book Four Horsemen.

I met Eddie at the first Mid-Atlantic Wrestling Legends Fanfest at the University Place Hilton in Charlotte, NC, in 2004. When I checked into the Hilton that Thursday night, Eddie was sitting in the lobby with George South looking at a huge three-ring binder of 8×10 photographs that Eddie had taken during the 1980s JCP glory days. These weren’t his ringside photos for the magazines, these were posed photos from his personal collection. George introduced us and Eddie had nice things to say about the Mid-Atlantic Gateway and before an hour had passed he had pulled out about a dozen or more 8x10s and gave them to me hoping I could use them on the website. I still have those original 8×10 photo prints in a special notebook portfolio. Over the years he provided me with dozens of photographs digitally that we used in Gateway articles and more prominently in the books I published on the Four Horsemen, the Big Gold belt, and the Mid-Atlantic title histories. As soon as Eddie heard I was working on a new project, he would call and and ask, “What do you need?” His photographs greatly enhanced my books and all our work on the website.

Whenever Eddie would call in recent years, he would always ask about my Dad, remembering that the only Mid-Atlantic Wrestling Legends Fanfest I ever missed was when my Dad was having heart surgery. Eddie was always thoughtful in that way.

Our best to Janie and Michael, and I hope they will know how much David and I will miss our friend Eddie. Rest in peace.

For more on Eddie Cheslock, head to the Mid-Atlantic Gateway website, where there is a gallery of a tiny portion of Eddie’s work and the keywords list of other pieces about him on the site.

Dick Bourne, along with David Chappell, runs the Mid-Atlantic Gateway website. Bourne was the recipient of the Jim Melby Award for his contributions to pro wrestling journalism from the George Tragos/Lou Thesz Professional Wrestling Hall of Fame in 2022.