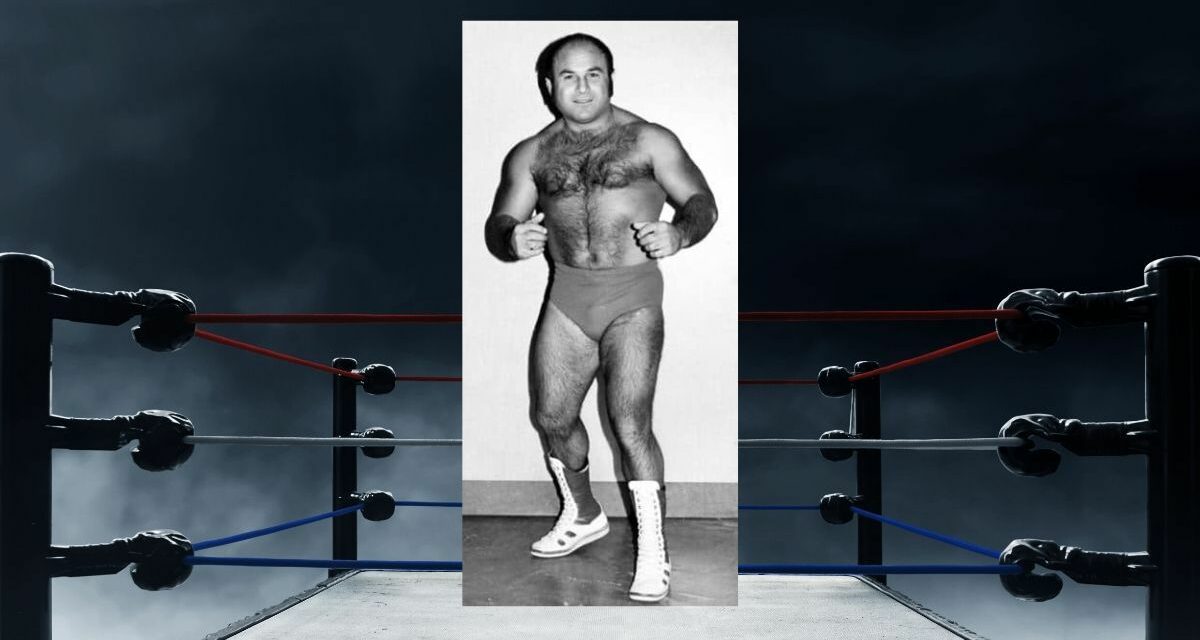 After a lengthy battle with colorectal cancer, “The Flying Greek” Mike Pappas has died. He was 81.

He had been going downhill since October 2022, when one of his two sons, Packy Savvenas, shared the news on social media that the stage 4 cancer had progressed to the point that his father’s kidneys shut down.

Pappas, being the fighter that he was, kept on — even attending another screening of the documentary on his life — before succumbing on December 31, 2022.

Manoli Savvenas learned to wrestle in Rhodes, Greece, before making a name for himself in North America as “The Flying Greek” Mike Pappas. After wrestling for a decade, starting in 1968, he retired from the ring in 1978 to focus on, well, rings. As a young man, Savvenas had picked up skills as a jeweler and, after having hung up his boots, opened a store in Springfield, Missouri, with his wife Valerie. They were married over 50 years.

Pappas is most known about the US northeast, working undercards in the WWWF — and for being agile in a land of giants.

“Not a lot of guys did the flying, aerial maneuvers that he did,” said Bill Apter in the film about Savvenas’ life, The Flying Greek, directed by Jason Braiser, and released in December 2021.”

A March 1974 newspaper piece, previewing matches, was typical of how Pappas was promoted: “Mike Pappas, who is pound for pound one of the toughest pro wrestlers in the game … Pappas, who weighs only 202, is usually outweigh by from 20 to 70 pounds.”

One from August 1971, in the Asbury Park Press, was similar: “Mike is a 5-9, 210-pounder, much smaller than most of wrestling’s big stars. Pappas gets an endorsement from Gorilla Monsoon, the one-time bad guy turned hero. ‘That kid has everything except height and weight. Put five inches and another 25 or 30 pounds on his body and he’ll give them all a run for their money.'”

While Pappas was recognized throughout the WWWF, he had more of push in other locales, such as in Tennessee, under promoter Nick Gulas (who was key to Pappas getting his working papers), in 1972, and in Iowa, in 1975.

Savvenas’ second career, as a jeweler, had a real shine to it. The Manoli’s Jewelers website described his skillset: “Manoli is a Master Goldsmith with decades of experience in jewelry repair having serviced over 50 stores including your bigger retail chains like Zales, Gordons, Montgomery Wards, Service Merchandise and many others. If you’re in need of any type of jewelry repair then Manoli is your go to jeweler.”

As Braiser worked on the film, Savvenas’ health worsened, and there was a chance that the star of the film wouldn’t even make it to the premiere, in his adopted hometown of Springfield. But he did, capping a memorable night, where the film’s narrator — Debrah “Madusa” Miceli — presented Savvenas with a Courage Award from the Cauliflower Alley Club.

“I would never had known about Mike Pappas without Jason inviting me to be a part of the documentary,” said Miceli. “What an incredible journey to overcome all that he did and to persevere. It’s a beautiful immigrant’s story.”

The film was a chance for Savvenas to be in the spotlight again as Mike Pappas, and he did numerous interviews, happily talking about his past. “Wrestling is real – trust me,” told the Springfield Business Journal. “They tell you what to do, but you earn it. You work very, very hard.”

Brasier shared his thoughts on the film and Pappas on Facebook:

I am thankful to have known Manoli and that I was able to get to know his family and admirers through the documentary we made.
I am thankful that I was able to help preserve his life story so generations could hear about his motivating tenacity, powerful work ethic, and his wonderful sense of humor and encouragement.
Filmmaking has taken me to places I never knew about, to meet many wonderful people, and allowed me to create lasting friendships.
I will always cherish the friendship that bloomed out of filming with Manoli and his family.
Manoli was more than just a former world renowned wrestler…he was a master craftsman…. husband…. father…. grandfather… and friend.
On behalf of the crew of the Flying Greek…. Flintlock Syndicate, American Wasteland, and Carbon Trace Productions…. our thoughts, prayers and love are with the Savvenas family during this difficult time.

Independent Circuit Wrestling Federation (ICWF), based in Republic, Missouri, gave Savvenas a Lifetime Achievement Award for all he did in pro wrestling in February 2022. “I’m very, very touched to be here. I wrestled a long, long time ago and I’m really surprised people still remember me,” said Savvenas at the show.

“I was part of the history of wrestling.”