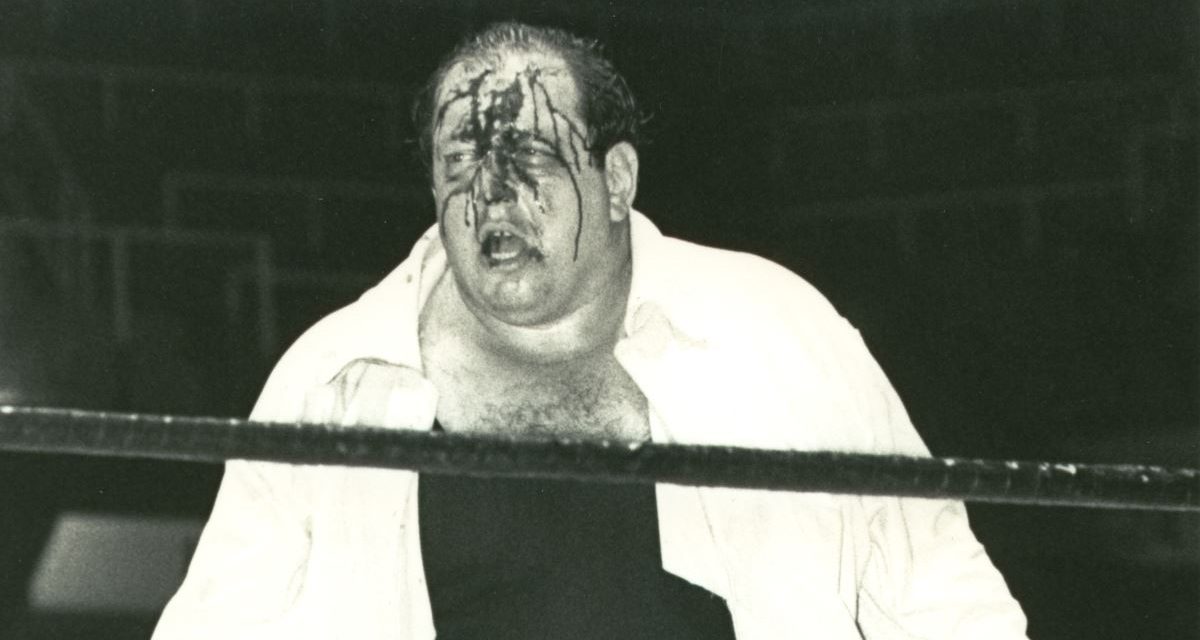 When Jack Stanbro thinks of Bob Marella, he remembers the elbow. Not the big elbow drop, which Marella employed as the beastly pro wrestler Gorilla Monsoon, but a different kind of elbow. 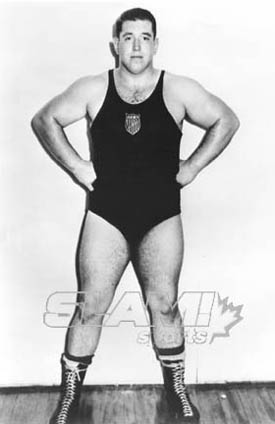 Gino Marella as a competitor at Ithaca College in upstate New York.

Stanbro was working out with Marella, to whom he spotted 100 pounds when they were teammates on the wrestling team at Ithaca College in upstate New York in the late 1950s. Using some little-man moves, Stanbro got Marella on the mat and frustrated him for several minutes. Then came the elbow.

“He was over on his side and an elbow stuck up. I reached through to take hold of his elbow, and he took his other hand and took hold of my wrist and dislocated my elbow,” Stanbro recalled. “I tried to get ‘Tiny’ to pull my arm back out and he wouldn’t do it. He cried like a baby. He felt terrible. That’s how strong he was, but also what kind of a heart the guy had.”

Fortunately, Stanbro recovered in time to wrestle in a big meet a few weeks later, and Marella overcame his grief to become an All-America amateur and one the most recognizable figures in pro wrestling. Those accomplishments are part of the reason he’ll be inducted this weekend into the George Tragos/Lou Thesz Hall of Fame at the National Wrestling Hall of Fame Dan Gable Museum in Waterloo, Iowa.

“His career is without … without … I can’t think of a word that would tell you the excitement, the dedication and the heart that this man put into this business,” said professional contemporary Davey O’Hannon. “And he was truly a good person. Anybody who worked with Gino Marella knows that he had a heart that was sometimes so big that it was that full.”

Marella first became known for his mat prowess at Jefferson High School in his hometown of Rochester, N.Y., where the 270-pound teenager twice won both the city heavyweight wrestling championship and the high school sectional championship. As a high school junior, he took just 65 seconds to beat his opponent for the sectional title. He made such an impression that he was inducted into the Section V Wrestling Hall of Fame in 2010. 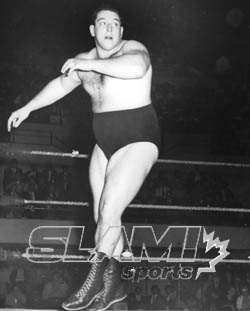 A young Gorilla Monsoon, light on his feet in the ring.

Ithaca gave Marella a chance to play a different sport every season and the Dean’s List student, who used his mellifluous voice as lead singer in the school production of Oklahoma, took full advantage. He played guard on the Bombers football team and won letters in 1955 and 1956. In track and field, he competed in both discus and shot put, setting school records in each event, and earning the New York state small college shot put title in 1958 and 1959.

But anyone who thought Marella was just a beefy, oversized college kid probably never saw him with a roundball in his hands. “If you watched him run down the basketball court and dunk a basketball, you wouldn’t say that,” Stanbro laughed. “He was probably 315 pounds and you could just watch his thighs bulge as he came running down the court.”

Marella lost as a sophomore in a controversial dual wrestling meet with Lock Haven, when a referee, perhaps sensing the future Gorilla Monsoon’s antics, ruled the big guy had illegally locked his hands. From the point, “Tiny” became pretty close to unbeatable. He won the heavyweight division of the 4-I Tournament as a junior and a senior and was named co-captain of the wrestling team during his senior season in 1959 when he went 9-0-1.

At the 1959 NCAA national championships in Iowa City, Iowa, he knocked off the better-known Pete Veldman of Minnesota by a 6-1 count and decisioned Walt Goltl of Colorado State to advance to the finals. There, he lost a nip-and-tuck affair to Ted Ellis of Oklahoma State by 1-0 in overtime, but he was Ithaca’s first All-America heavyweight wrestler.

Less than a month later, Marella made it to the finals of the AAU Greco-Roman national tournament in Stillwater, Okla., where he fell to the legendary Bill Kerslake, a three-time Olympian and another 300-pounder who won 15 national championships in a row in Greco-Roman and freestyle. 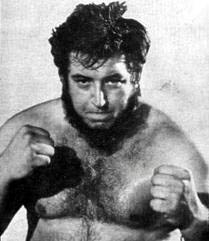 The hairy Gorilla Monsoon from Manchuria.

When Kerslake cited other obligations, Marella, as runner-up, took his place on a select team tour of Europe in the summer of 1959. The U.S. wrestlers, coached by the great Henry Wittenberg, hit the mats in Poland, Russia, Iran, Turkey, Bulgaria, Austria and several other countries during a gruelling two-month swing. Though Marella lost more than he won against the more seasoned Europeans, he claimed a victory against Suleyman Bastimur that July, outscoring the Turk in a match in Istanbul. “He had a little tummy that hung over his belt, but that didn’t mean a thing. I remember wrestling guys in the amateurs that seemed to have an unnatural gift. They were born to wrestle. Monsoon had that gift,” Dick Steinborn wrote in Whatever Happened To …?

After a brief fling with teaching, Marella traded his amateur status for a shot at the pros. He started for promoter Pedro Martinez in Rochester, and also worked in St. Louis and the Pacific Northwest as “Gino” Marella, an Italian babyface who sang before his matches.

In 1963 Gorilla Monsoon was born, a monster heel challenger to Bruno Sammartino’s WWWF heavyweight championship, who came from the wilds of Manchuria and spoke no English. “Gorilla Monsoon was the most logical contender, so they asked me to put him over on TV,” Ron Hill said in a 2001 interview. “I agreed. It was like working with a building with arms.” Though he never captured Sammartino’s title, he held tag championships at different times with Bill Watts, Crazy Luke Graham, El Mongol and Killer Kowalski in New York and Los Angeles.

Marella tried to recruit Stanbro in the pro ranks, but his friend, who also was an All-America wrestler and had a distinguished career as a coach, balked at the time away from home and the showmanship aspects of pro wrestling.

“He was probably the strongest man I have ever met. Just to show you how strong he was, put 25 pounds in your hand and then hold it straight out and see how long you can hold it. Well, I saw him put 150 pounds out there, arm straight out, and shake all over just holding it in place,” Stanbro said. “‘Tiny’ was a great person. I thought the world of him.”

Marella had health problems in later years and suffered a personal tragedy when his son Joey, a referee, died in a car accident in 1994. He succumbed to heart failure in 1999 at age 62. But back on the campus where he shined more than 50 years ago, the Bob “Tiny” Marella Award still goes annually to Ithaca College’s outstanding wrestler.