Stephen P. New: Meet the consigliere of The Cult of Cornette 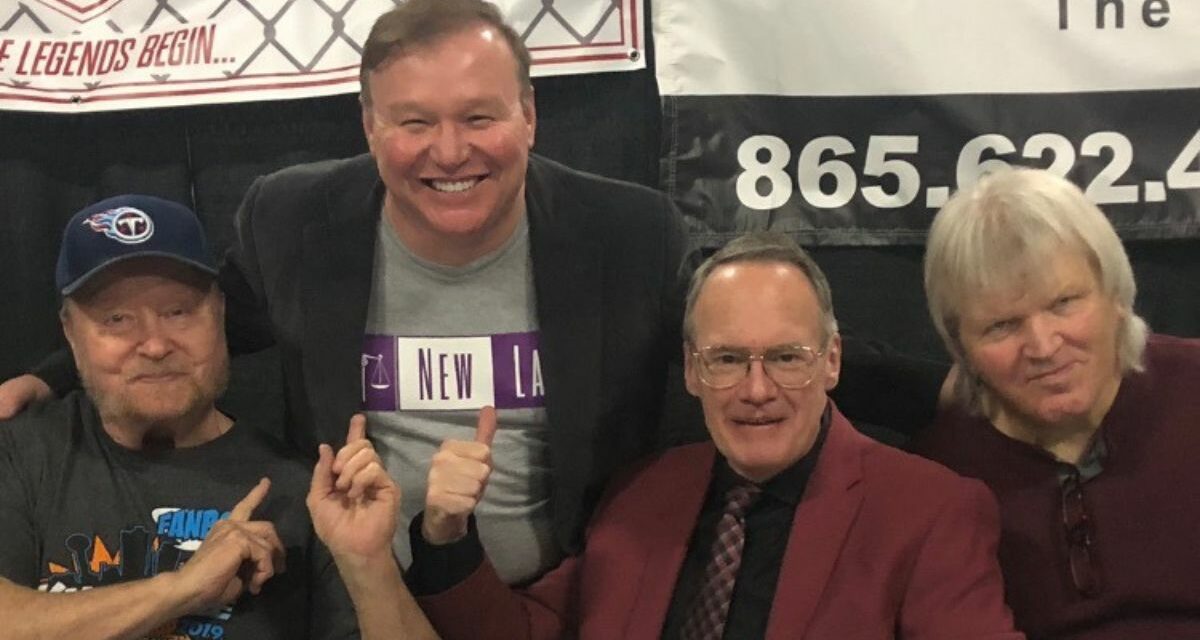 Stephen P. New gets a chuckle when he’s in a courtroom and a “Blue blood you’d never expect to know anything about wrestling stops you in your tracks and says he collected action figures from the ’80s.”

It’s been an interesting ride for New, the champion attorney for wrestlers as well as the downtrodden.

Born in Gilbert, West Virginia, 52 years ago — he just celebrated on January 17 — New was encouraged while still in middle school to look at law as his profession. New remembers that it was Bonita Wolford, a Civics teacher, who identified his ability to debate and suggested he pursue “things I like studying.” It was a skill that came rather easy to the son and grandson of coal miners. He tried his hand at mock trials and “lost the same case two years in a row.” 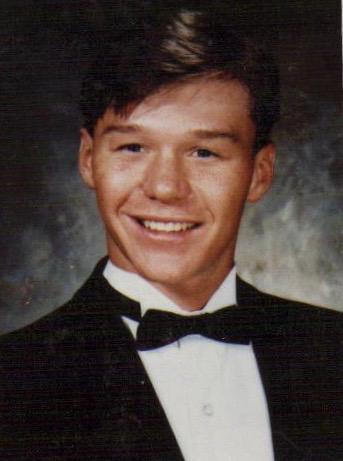 Around the same time in the early 1980s he discovered another passion: professional wrestling. As New tells it, he was a part of a group of kids who always rode bikes, built tree houses and generally toiled together on Saturday afternoons. One of his pals, Ryan, would simply disappear around 2:30 in the afternoon each week. New soon discovered the vanishing act, and when he followed and asked, Ryan told him he went home to watch wrestling.

“I remember the first match I ever saw,” the litigator recalls. “It was Ronnie Garvin, the One Man Gang and Ricky Starr for Angelo Poffo’s ICW championship.” Like many first-time viewers, New was instantly hooked.

He watched everything he could. Televised programs were scarce in rural West Virginia, but some neighborhood entrepreneurs had satellite dishes and could hook a fan of the sport up to other territories. They would erect a satellite at the “top of the hollow” and run a line of cable to TV sets down below. It’s a memory New cherishes.

Then, uncle Tommy Duane also did “Stevie” a solid. Duane owned a “big satellite dish” and had a VHS recorder in which he collected all kinds of programs, like Memphis and World Class, for his nephew. “It wasn’t like today, where you can watch something else while you are recording,” says New. “My uncle and his then-wife watched a lot of wrestling for me.” Duane would deliver a bag of tapes and Stevie was in heaven. 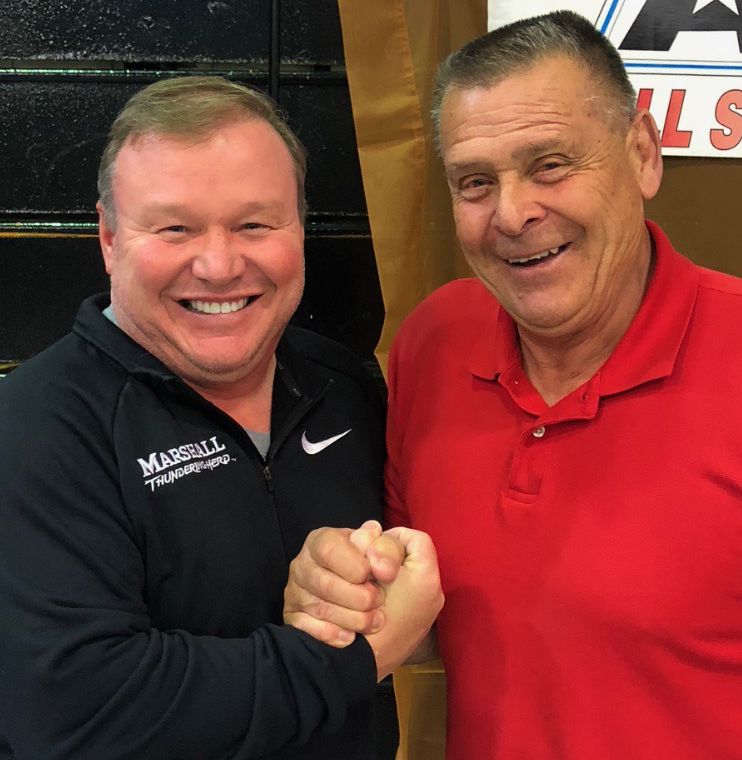 In June, 1982, New attended his first live event in Logan, West Virginia, where The Masked Superstar (Bill Eadie), “Wildfire” Tommy Rich, Dusty Rhodes and the Great Kabuki headlined a Georgia Championship Wrestling card. By 1984-85, he was watching “a big diet of wrestling.”

New cheered for “all of the good guys we were supposed to,” like Rhodes, Rich, Jimmy Snuka, and Hulk Hogan. He was also a big fan of the Rock ’n’ Roll Express, the legendary team he much later helped acquire the trademark for their name.

He was fortunate enough to attend a lot of matches as Jim Crockett Promotions ran events in and around Beckley. By that time he was also able to catch WWF Prime Time and other shows on TNT. “I hated Jim Cornette,” he jokes.

Steve enlisted in the Army National Guard in 1988 and worked as a tank crewman at Fort Knox while still a student at Gilbert High School. He graduated from Gilbert High in 1990, then attended Marshall University. He graduated with a Bachelor’s in Political Science, and earned his law degree from West Virginia University College of Law in 1998.

New actually drifted away from wrestling while he was in college. He missed all of the steroid-trials and other drama, and early WCW. He did start watching again when the Monday Night War took off.

Since then, he has worked in a variety of legalities, including personal injury, wrongful death and employment discrimination. Recently, he was in New York City for the “Opioid Justice Team,” where he helps those affected by drugs. He has been appointed to high-profile professional roles over the past few years, but he still loves helping wrestlers and personalities whenever he can. 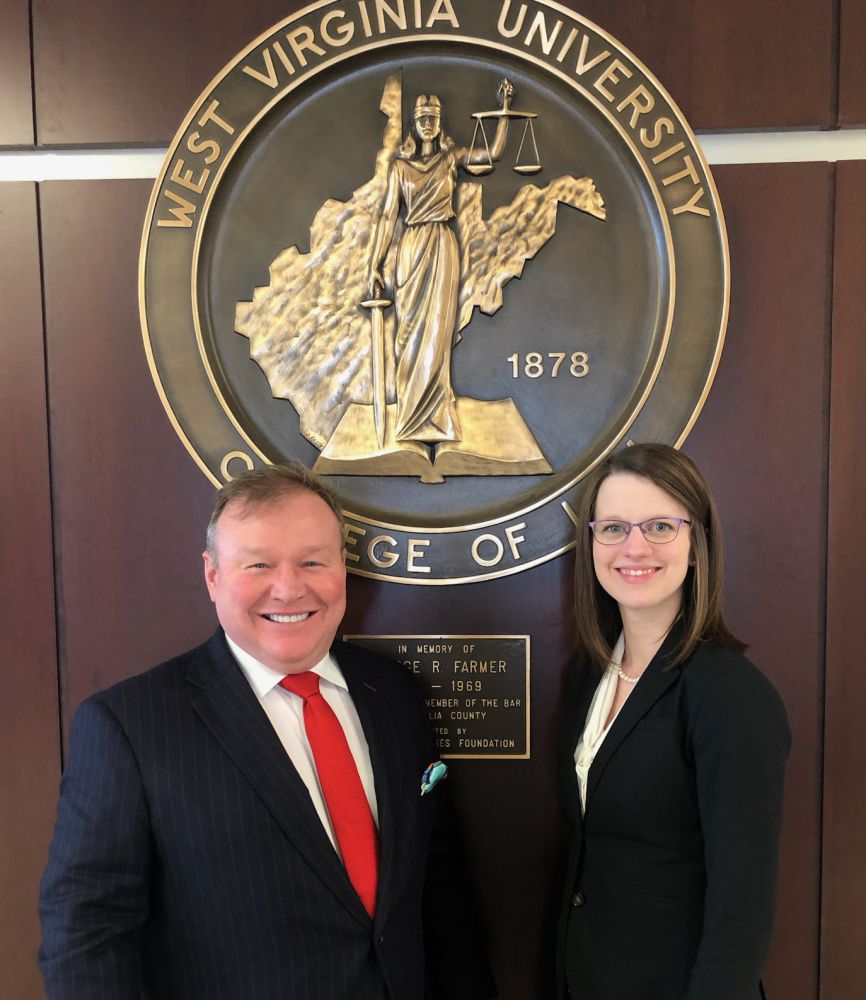 Stephen P. New initially met Jim Cornette in 2004. “Being at a show, from a distance,” he said. Later, New shared copies of the Massey v. Jim Crockett Promotions lawsuit with Cornette and the Midnights. In the 1989 lawsuit, “Sweet” Stan Lane, “Beautiful” Bobby Eaton and Cornette were charged with attacking a fan in 1987. The case made it all the way to the West Virginia Supreme Court of Appeals.

Since then, New was “the lawyer from Beckley.” The attorney and manager kept in touch over the years. Years later, Cornette dialed New up and asked for some legal advice. New became Cornette’s lawyer around 2015 and, in 2017, Brian Last asked him if he’d like to get on the ground floor of the Jim Cornette podcasts that have become some of professional wrestling’s most popular shows.

Cornette calls New the “Consigliere of the Cult of Cornette,” and he even has a snappy theme song for his appearances and ads. Through the podcasts, New has established a wealth of wrestling-related contacts. Many are like the Ricky Morton and Robert Gibson “trademark” business — and he has helped the Rock ’n’ Rolls frequent foes, the Midnight Express, also secure their tag team name. He has also assisted in employment-related, accounting and royalty scenarios for wrestlers in all of the major brands. 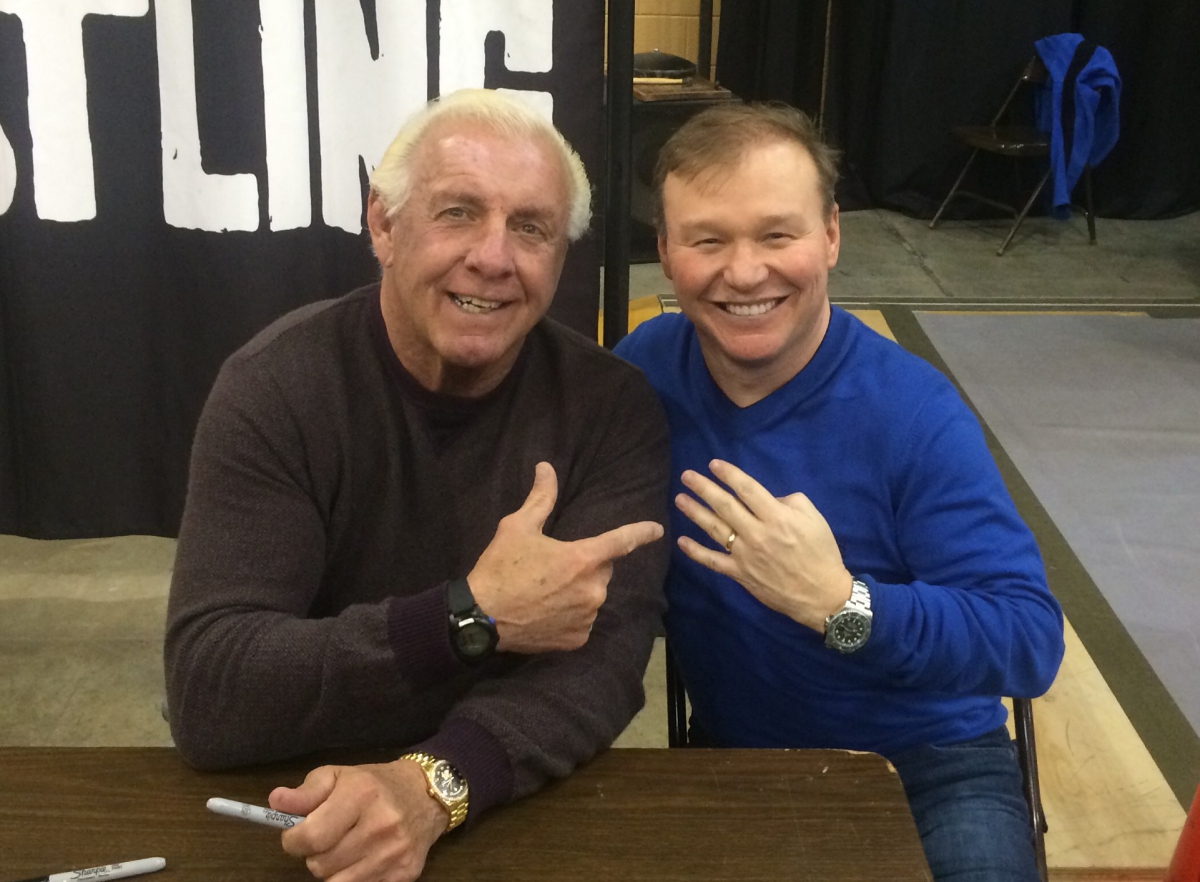 When an independent wrestler from Pennsylvania brazenly used Cornette’s likeness in a warped manner on a tee-shirt, New supported Cornette. The wrestler eventually won the court case, but when everyone realized he only sold dozens of tee-shirts – even with all of the wrestling industry publicity – the matter was dropped. Most recently, that same wrestler was arrested as a suspect in a battery of serious drug charges, New took the high road. “I don’t wish ill-will toward him. Nothing but the best of luck. Addiction is tough.”

New prefers the positive side of the wrestling business. He sponsors wrestlers and personalities at events like the recently-concluded Wrestlecade. There he underwrote AEW referee Aubrey Edwards’ appearance. As for current-day wrestlers he enjoys rooting for, “I really like Claudio Castagnoli. He is also the nicest guy around.”

When he isn’t working to bring justice to his clients, New is spending time with his daughter, Rebekah, who is a sophomore at the University of Kentucky. She is working on a double major, pre-law and musical theater. New is enthused about the prospect of his daughter following in his legal and entertainment footsteps. His dad, Joe, spent 43 years in the coal mines and his mother, Deanna, went back to school and was a respected educator in the Mingo County, West Virginia, School District. They remain proud of their son. “I’m abundantly blessed,” he says.

Stephen P. New is also gearing up for some “big surprises in 2023.” He won’t spill the beans yet, but he promises some big news in the “first quarter” of the new year.

Until then, he will still maintain offices in the Jim Cornette podcasts, and others who need his help, in-and-out of the ring.