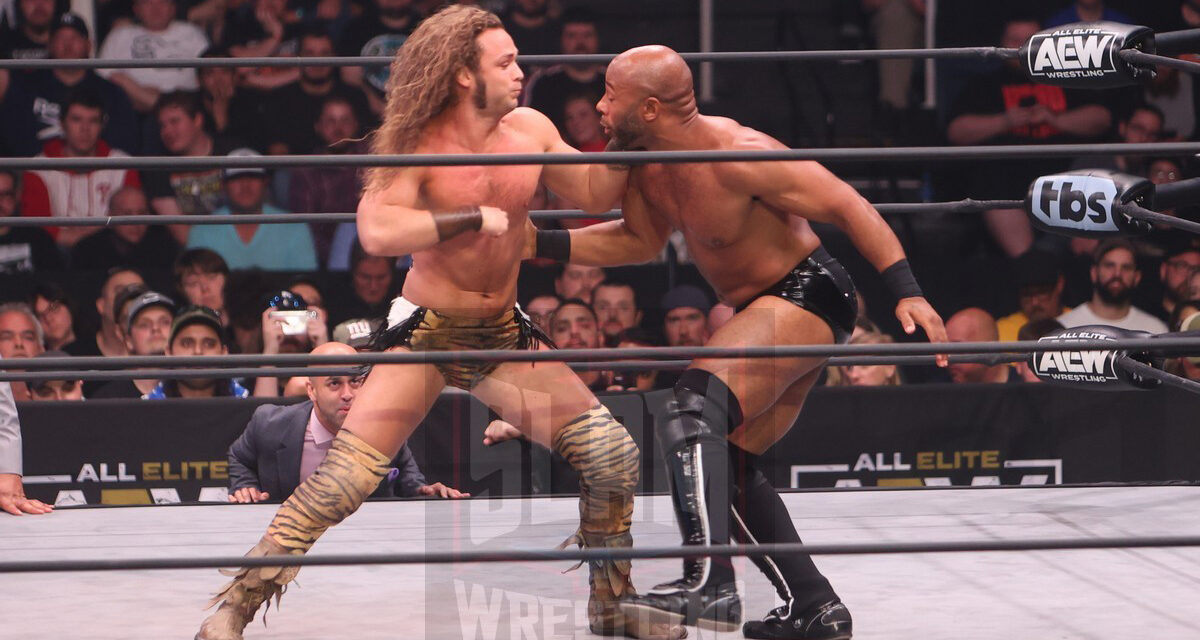 More AEW stars are making their backstage frustrations known publicly. Over the weekend what seemed like a casual back and forth between the Gunn Club and ‘Jungle Boy’ Jack Perry escalated rather quickly.

During the media scrum after Full Gear, Perry revealed that his ring gear during his steel cage match with Luchasaurus was a tribute to Sean Michaels’ Hell in a Cell match versus The Undertaker at WWE Badd Blood in 1997. Perry also said it was also meant to as a dig against Luchasaurus as that is his favourite match ever.

Austin Gunn Tweeted this in response:

kid wants to be a Gunn so bad pic.twitter.com/FswMbVvqJS

I don’t know… I think I prefer being booked on the PPVs. https://t.co/jgVAEr0kOX

In a now deleted Tweet Colten Gunn wrote back:

I guess if we changed with the Bucks and stayed up until 6 AM with the boss we could get a spot too.

Recently many stars such as Miro, Sammy Guevara, Andrade and CM Punk in his now infamous media scrum comments and others have taken their backstage feuds public or have voiced their displeasure with the politics at AEW and haven’t been afraid to do so whether on social media or in press interviews.