Velvet After Dark has Beautiful People on this NWA PowerrrSurge 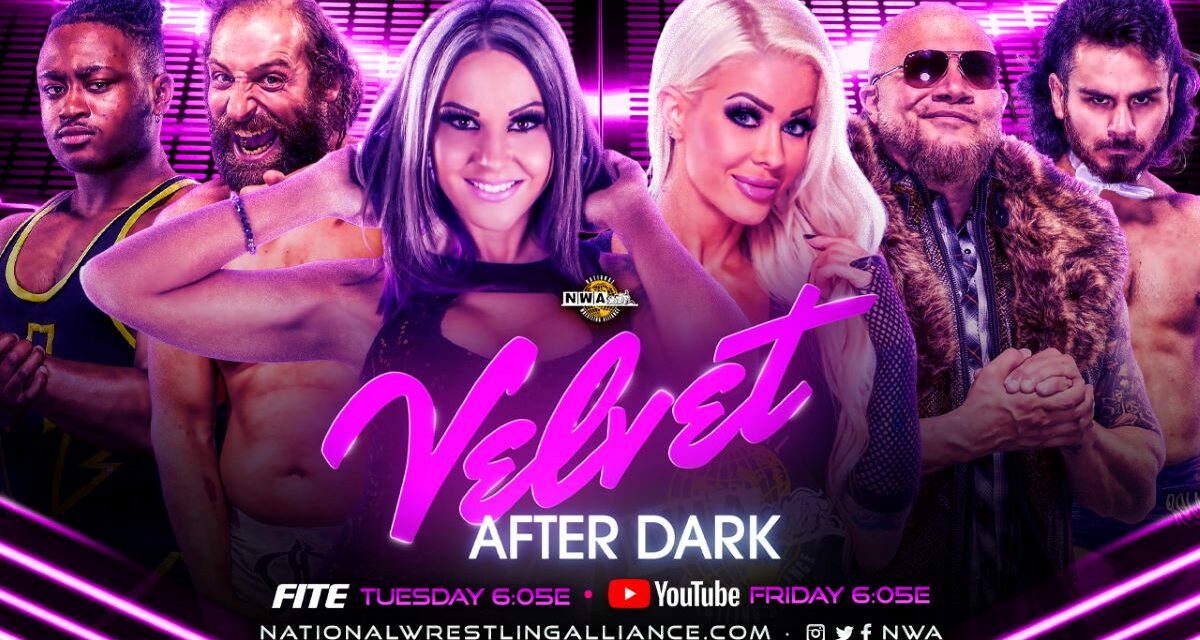 Velvet Sky and Angelina Love host a special episode of Velvet After Dark, and things are looking to get sexy in the National Wrestling Alliance with The Beautiful People. For now, turn down the lights, as we head to this special NWAPowerSurrrge.

Angelina Love and Velvet Sky greet us, and tells us the last time she did her special, she got heat for her skimpy attire. So, because we can’t have nice things, all we fans get now is the frumpy look, complete with turquoise hoodie sweatshirts.

(Author’s Note:  Maybe it’s because I haven’t dated in, like, a good while but this still works for me!) 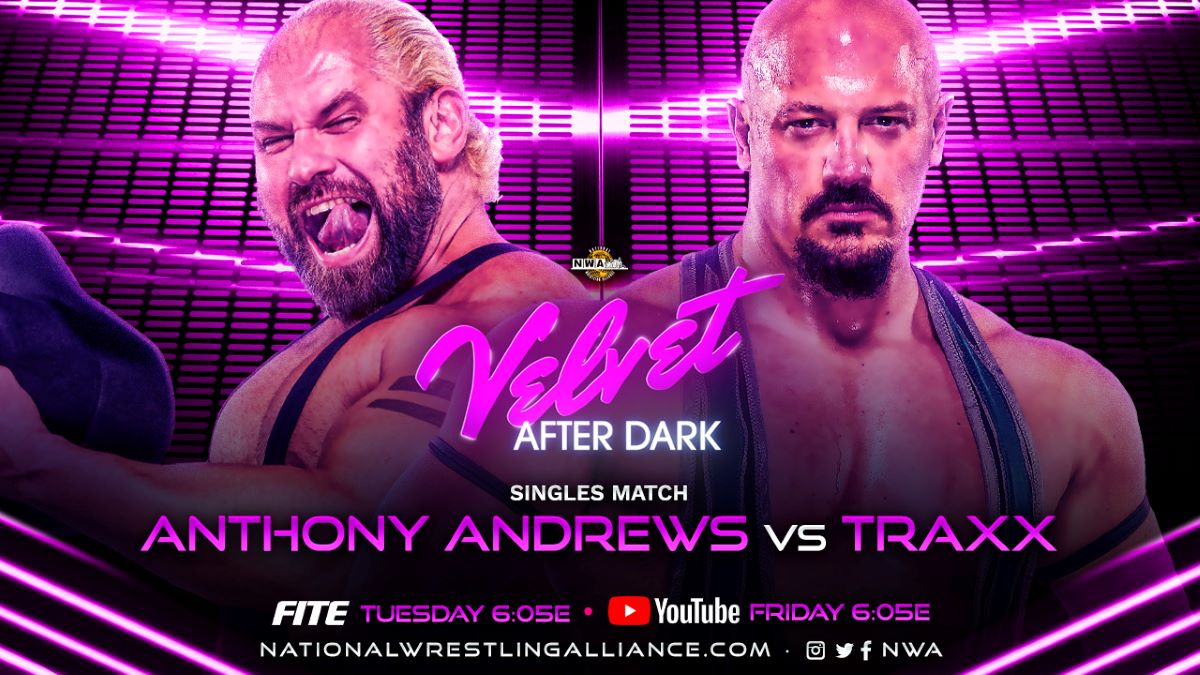 This is the second match for Traxx in the NWA, and he and one-half of The Country Gentlemen are having a hoss match, according to Joe Galli at commentary.  Both men are evenly matched as Traxx lands with a flying shoulder tackle, but Andrews trips him up and derails Traxx as he crashes into the middle turnbuckle (see what I did there?  Eh?  Ok, I’ll stop.)

The Adorable One is taking his sweet time with Traxx, nailing a running knee to his face.  Traxx chops at the big man, but Andrews hits a big boot for a near fall.  He follows up with a leg drop that misses, and Traxx lands an exploder suplex that almost dumps Andrews on his head, and then follows with a corner splash into a spinebuster for a two count.  Traxx is chugging along, and he gets into a fireman’s carry, but Andrews pulls his nose to escape the hold and gets the Haybaler (a pump handle into a running powerslam) for the win.

We come back to Sky and Love, and they think they’re magic, so it’s natural their first guests are “Magic” Jake Dumas and CJ. Dumas says all he wants is just for all of the fans to believe in not just magic (including evil magic), but in The Magic Bastard.  Dumas is also teaching CJ the magic of learning English, and she gives us a preview with words like: “Jake’s”, “grocery”, “list”, “eggs”, “milk”, “Trojans”, “extra”, “extra”, “small.”

Again, this is still better than Criss Angel, and now I’m hooked on phonics.

But let’s go to the next match… 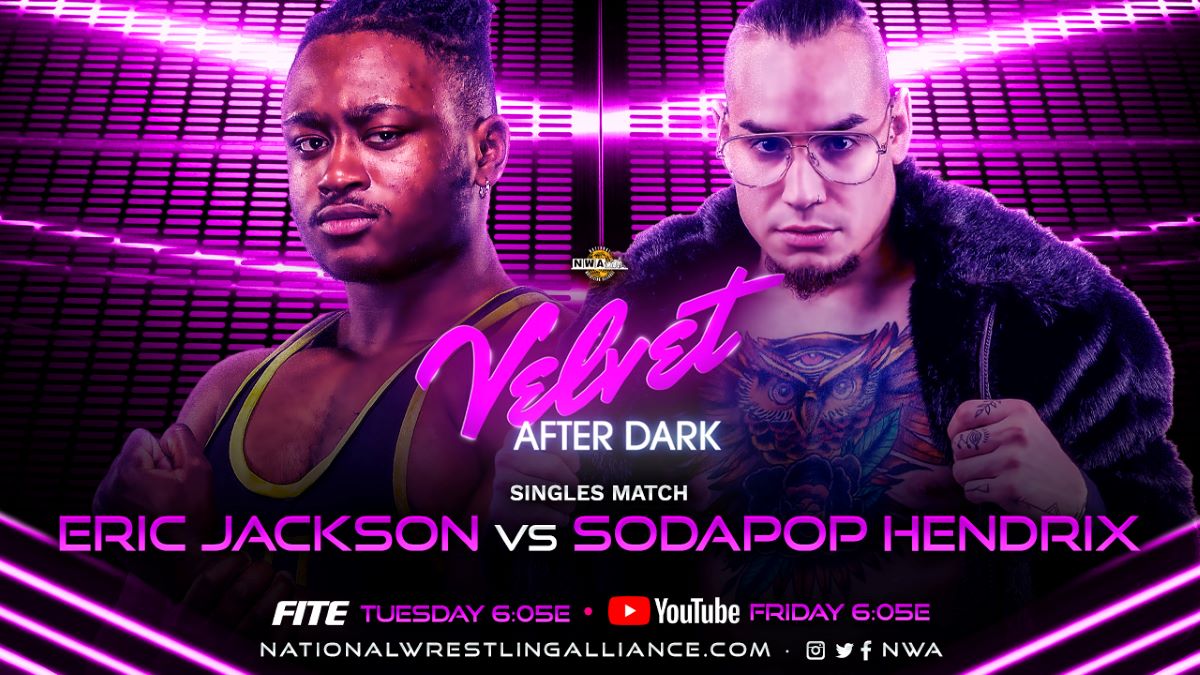 This is the debut of Hendrix who, according to his Instagram, has wrestled in places like Texas Style Wrestling, and Dogg Pound Championship Wrestling in the Texas area.  Both men have a nice back-and-forth, but Jackson manages to take over with some nice suplexes to Hendrix.  Jackson goes again, but Hendrix scouts it and nails a step-up enzugiri followed by a leg drop for a near fall.  He stays on offense and gets a standing dropkick for another two count.  He hits the ropes, and Jackson goes for a tilt-a-whirl, but Hendrix reverses to a Russian legsweep for another two count.  Hendrix is looking good, but it’s not long before Jackson comes back with a sling blade and a corner clothesline and finishing into a bulldog to a cover, but it gets him a two count.  Jackson goes up the top turnbuckle, and attempts a sunset flip that makes Hendrix overrotate, but Jackson then transitions to a German suplex to a bridge, and that gets the pin, and the win.

Your Winner via Pinfall:  Eric Jackson

Kyle Davis is in the NWA Control Center without a shirt, because he’s getting into the spirit of Velvet After Dark.

(Author’s Note:  So, wait…Love and Sky can’t be revealing, but Davis can?  Psshh!  Double Standards, am I right ladies?)

Anywhoo-sles, he talks up two other matches coming up for Hard Times 3, Since there are two masked men in The Question Mark II and The Question Mack, a match has been made that night between both men, and the loser must unmask. Also, because we didn’t get a winner of the NWA Television title on this last NWA USA, NWA Owner William Patrick Corgan set this match for the pay-per-view, and either Jordan Clearwater or AJ Cazana will claim the vacant belt.

Now Sky and Love welcome their next guests Natalia Markova and Taryn Terrell.  Sky remarks on their unique relationship, and that results in Terrell hogging the mic, and then Markova takes it back, and the segment devolves into a bicker fest.

How bad was it?  Imagine Twitter but, you know…worse.

So let’s get to a Spectacular match with… 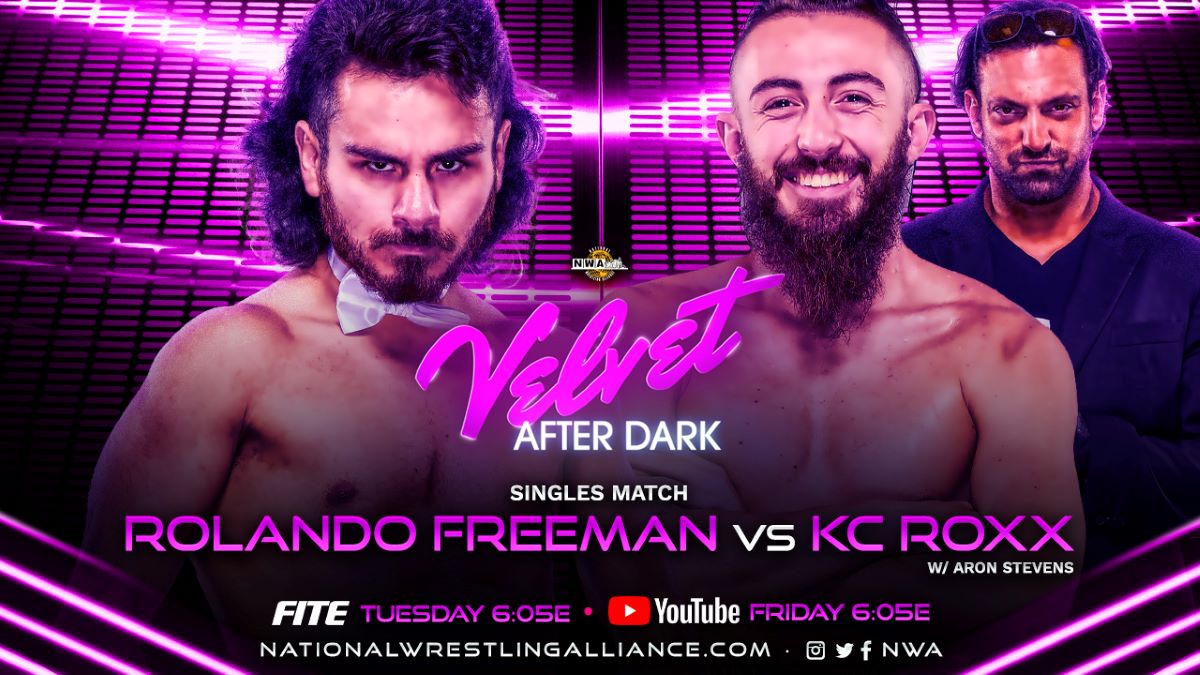 Galli notes that Freeman still remains undefeated(!) in the NWA, and he looks to extend that streak against the human chihuahua that is KC Roxx.  As the bell rings, Freeman fires away, going for a ground-and-pound attack at poor Roxx.  He goes out of the ring to talk to Stevens (who finally looks up from his phone to wonder what’s going on with his protege), and Freeman goes for a tope suicida that almost didn’t clear the ropes to connect with Roxx on the outside.  Freeman sends him back in the ring and sets him up in the corner, and goes for a cannonball, but Roxx gets out of way.  He covers Freeman for a near fall, and then he gets a Russian legsweep and an elbow drop and Roxx is looking pleased as punch with himself, he tells Stevens, who wonders what the hell he’s doing.  That gives enough time for Freeman to recover and nail him with a Flying headbutt.  He’s feeling Spectacular, and Freeman delivers a big boot for a three count.  Poor Roxx.

Your Winner via Pinfall:  Rolando Freeman

Sky and Love now have Mercurio (which Sky pronounces like Mario). Mercurio wonders “why the pajamas,” and Love and Sky explain the whole thing.  As for himself,  Mercurio has his beautiful face on the book he’s carrying, and he has another bestseller in Italy. As for what he likes to do “After Dark”, well…he likes the light on.  You know, so he can see what’s going on in the front, and sometimes in the back, and sometimes when the lights are off, he just likes to explore.  That’s all Sky needs to tell the Production Monkeys to cut the lights, and just enjoy this Main Event… 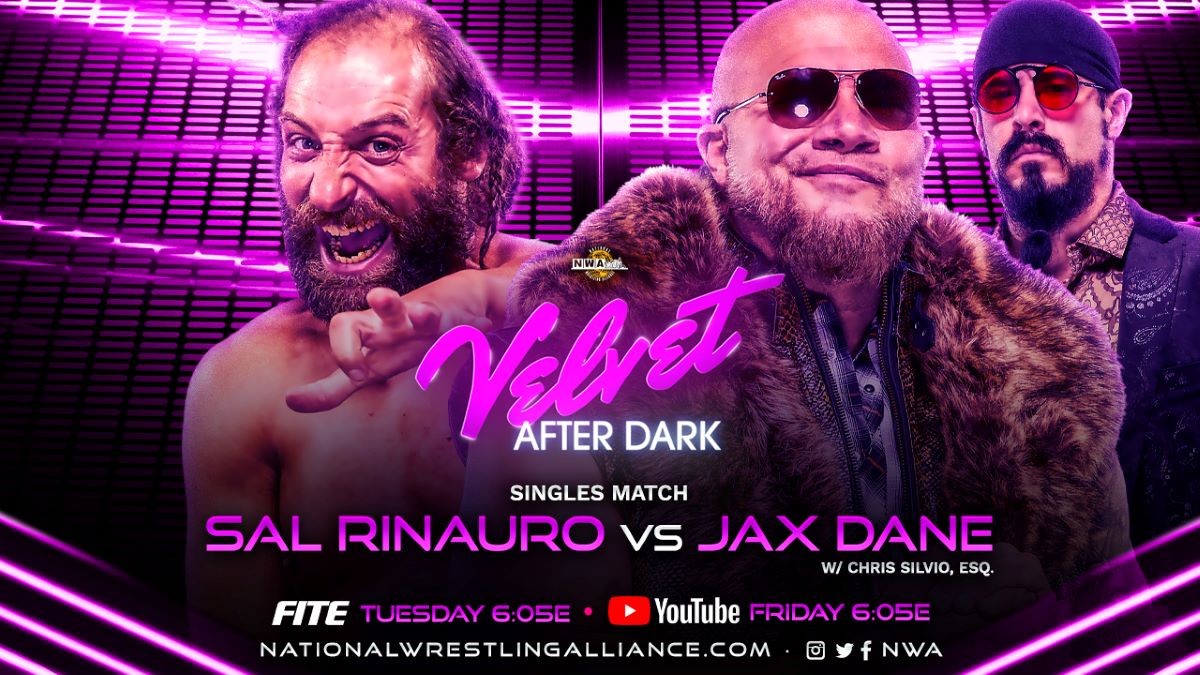 Sal the Pal vs. “The Dane Event” Jax Dane (with Chris Silvio, Esq.)

As the bell rings, Sal is in a daze, and Dane is all “Let’s get this other with.”  but Sal is really going for the weird vibe as he pets the furry vest of Dane.  The Dane Event isn’t sure what to make of this, but then he throws Sal to the corner, and he escapes to go back to petting the vest.

Dane rushes at him in the corner, and Sal trips him up as he crashes into the middle turnbuckles.  He leads Dane on a merry chase in and out of the ring, and Dane is getting more frustrated by Sal’s antics.  Grabs a steel chair, and the ref and Silvio are talking him out of it.  As Silvio grabs the chair away from Dane,  Sal hits a baseball slide dropkick from the ring to the outside.  Now Dane has finally had enough and rams Sal back first into the ring post, and then rams him again into the post for good measure.  Back in the ring, Dane stomps his leg, takes off the vest, and picks him apart.  But Sal makes a comeback and gets Dane with the 666 (like Rey Mysterio’s 619 move, but…you know, evil) and covers with a rollup for a two count, but one Dane Event clothesline ends it and Dane covers for the one, two, and three.

As Love and Sky end this Powersurrge, they’re with someone dressed like the Swiss Miss.  Sky asks if there should be a Velvet After Dark 3. “Ja, says the Swiss Miss, and then we head to the credits.

A little more comedy with this Velvet After Dark and their interview segments, and some nice debuts like Hendrix.  I also dug Traxx in his second match, so we could see them back soon.

Well, I better get prepared because Hard Times 3 is just around the corner, so see you in seven!