Mat Matters: My love for pro wrestling has returned 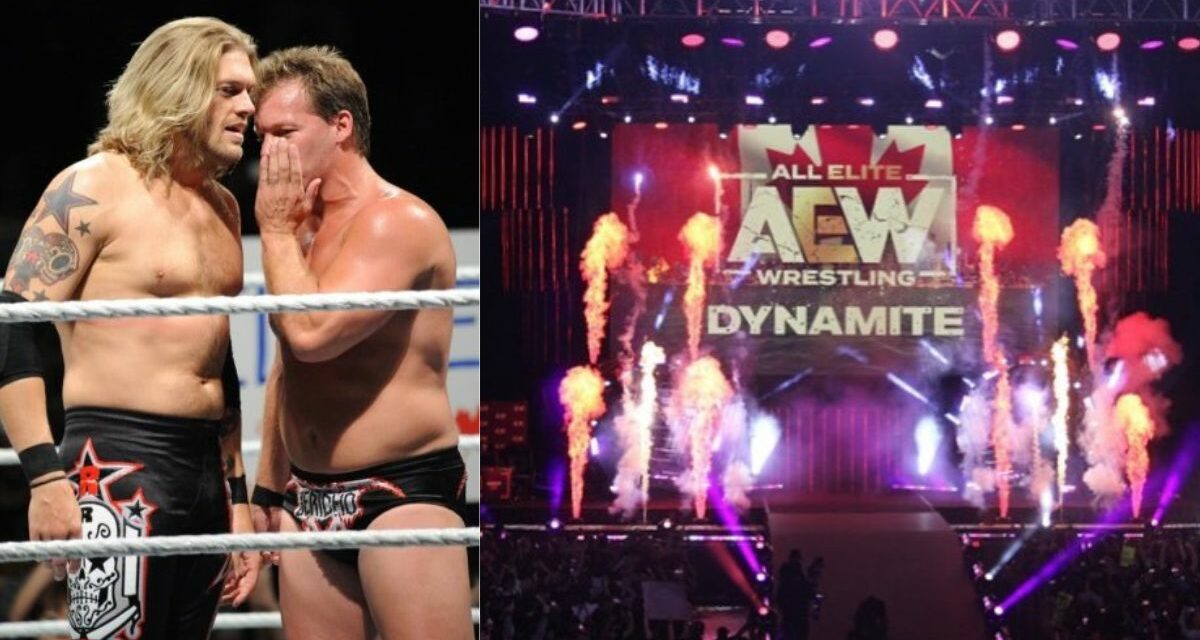 I remember it like it was yesterday, watching old ruthless aggression episodes of RAW and Smackdown on what was previously known as The Score here in Canada. The allure of the flashy lights, athleticism, zany characters, and drama captivated my attention ever since I was a young boy. Growing up, I idolized such names as Jeff Hardy, Batista, and Rob Van Dam. As I grew older into my teenage years, my fandom of pro wrestling spread further to knowledge and devotion to the independent and puroresu scene. “Internet darlings” such as Kevin Steen and Shinsuke Nakamura arose as new favorites in a time when my main subject of interest was solely professional wrestling. As an adult, what was once a passionate love and desire for pro wrestling slowly dwindled. I became more invested in my new love for the sport of mixed martial arts and a growing fondness for basketball.

In the years since my passionate wrestling fan years, I have kept up with watchable products (whether WWE, Ring of Honor, New Japan, and later AEW) from time to time, but I would consider myself up to this point to be a casual fan.

Even when I landed the fortunate position of working as an intern here at SLAM! Wrestling last summer, it was during a stage in which my knowledge of the current product was quite general.

So far in 2022, though, it has been a complete turnaround for my demeanor toward pro wrestling compared to the last few years. I had always been one to keep up with the ‘big’ shows such as the Royal Rumble or WrestleMania, and that tradition continued into this year. However, tuning into pro wrestling shows or events spread further from simply these ‘big’ shows targeted towards a casual audience. Once a stubborn attitude towards watching the AEW product, I realized that I enjoyed it quite a lot after giving it a chance. After good ol’ Papa H took over creative with the ‘fed’, WWE’s weekly programming drew my attention once again as if we were back in 2006-07.

After many years without the spark that pro wrestling used to provide in my life, it has been rekindled once again and hopefully stronger than ever. In my early years of being a wrestling fan and even later into my teenage years, I was always embarrassed or fearful of teasing or ridicule for my love of something the general public and others deemed fake and dumb. I think this rhetoric began to influence my perception of professional wrestling as well and it had a strong effect in making me lose interest over the years. Not to mention I found a lot of the products to be stale in their own right or losing a sense of that aura that attracted me as a young boy. However, as an adult now in my 20s, I’ve realized that pro wrestling is a feel-good piece of nostalgia for many. I can’t count how many times I see people wearing vintage pro wrestling t-shirts and references to nostalgic pro wrestling on social media or in music and pop culture. In more ways than one, pro wrestling can be seen as ‘cool’ once again. 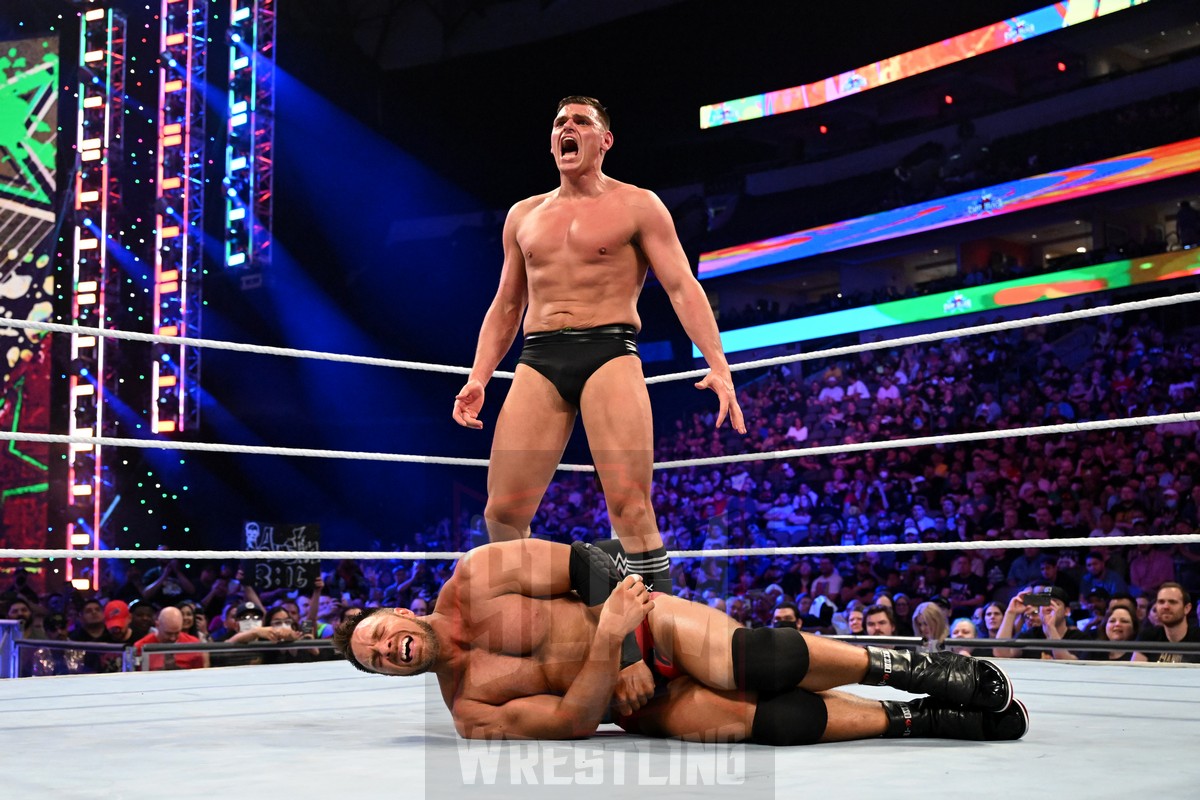 Despite being swamped with school and work, I try my best to tune into RAW, Smackdown, and AEW Dynamite every week when I can. Names such as Gunther, Judgment Day, Edge, Kevin Owens, Johnny Gargano, and Cody Rhodes have drawn me into the WWE product once again. Over in AEW, I am captivated by young rising stars such as Daniel Garcia, Wheeler Yuta, Hook, Jamie Hayter, and the Acclaimed, not to mention old faces such as Bryan Danielson and Chris Jericho.

Even more special to me is being able to watch and share my love for professional wrestling with my loved ones. Growing up, it was my father that I would always entice into watching live pro wrestling with me even though he wasn’t necessarily a fan himself. It was my dad who bought me my first pro wrestling event tickets (a WWE house show in September 2010) and later supported my fandom for Ring of Honor and the independent circuit, buying me tickets to later events in the years that followed. As I’ve grown to find my way back to loving professional wrestling, it’s those special moments shared with my father as I watch and the heartwarming memories I’ve shared with him that make the sport mean so much to me. It’s even funny when I watch RAW nowadays and we reminisce about guys like Kevin Owens fka Kevin Steen who we watched at ROH shows in Toronto back in the day. As my dad says, “Mr. Kevin is in the big time now, eh?” 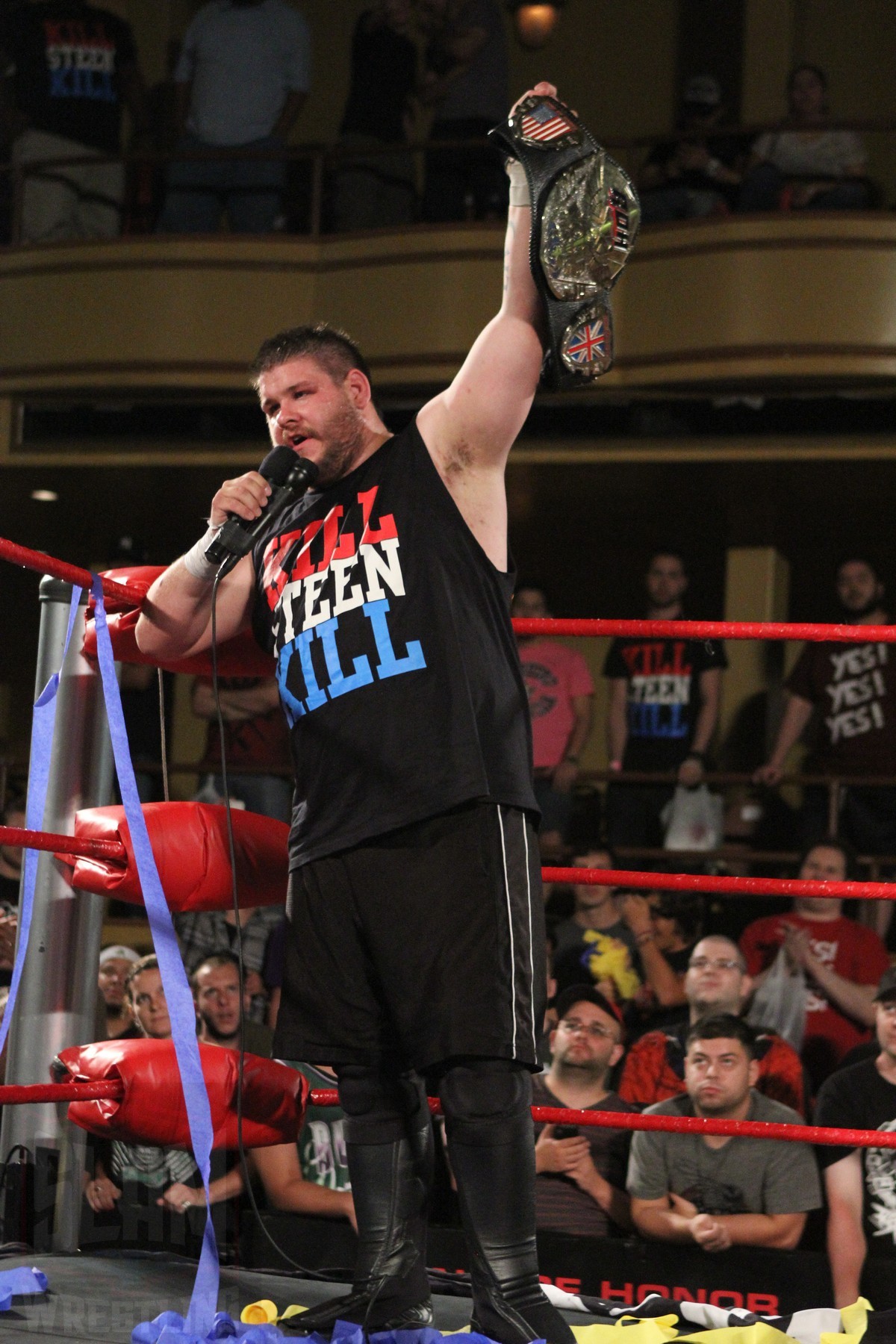 It’s not only sharing and reflecting on my fondest memories of watching wrestling with my father, but it is my desire now to show and share my love for pro wrestling with my girlfriend. I don’t think she knew a single thing about pro wrestling prior to meeting me and I wouldn’t even consider her much of a fan, but she knows how much I enjoy it and she’s more than open to supporting my hobby. Back in August, I took her along with me to watch RAW live at Toronto’s Scotiabank Arena, and despite going into the event without many expectations; I remember she told me the show left her quite entertained. The times she recognizes a random name like Finn Balor out of the blue makes me so happy — she’s paying attention! Even now, she’ll join me for weekly watch parties of AEW Dynamite and she’s getting quite acquainted with that product now too. AEW is headed to Toronto for the very first time next week, and she’ll be accompanying me to that event as well. I can’t wait to bring her along to an indy show at some point too.

All in all, it may have taken some time to retrace my love for professional wrestling, but here finally in 2022, I am proud to say that I am a loyal and devoted pro wrestling fan once again. If I can, I will try my darndest once again to have a general scope of other pro wrestling scenes as this rekindled spirit is mostly targeted towards the big two companies, WWE and AEW. Nonetheless, I think it’s fair to say I’m starting off with baby steps going back into my pro wrestling phase (including going to AEW Dynamite in Toronto, reporting for this site), but in due time … we shall see where this new (old) journey of being a pro wrestling fan takes me!