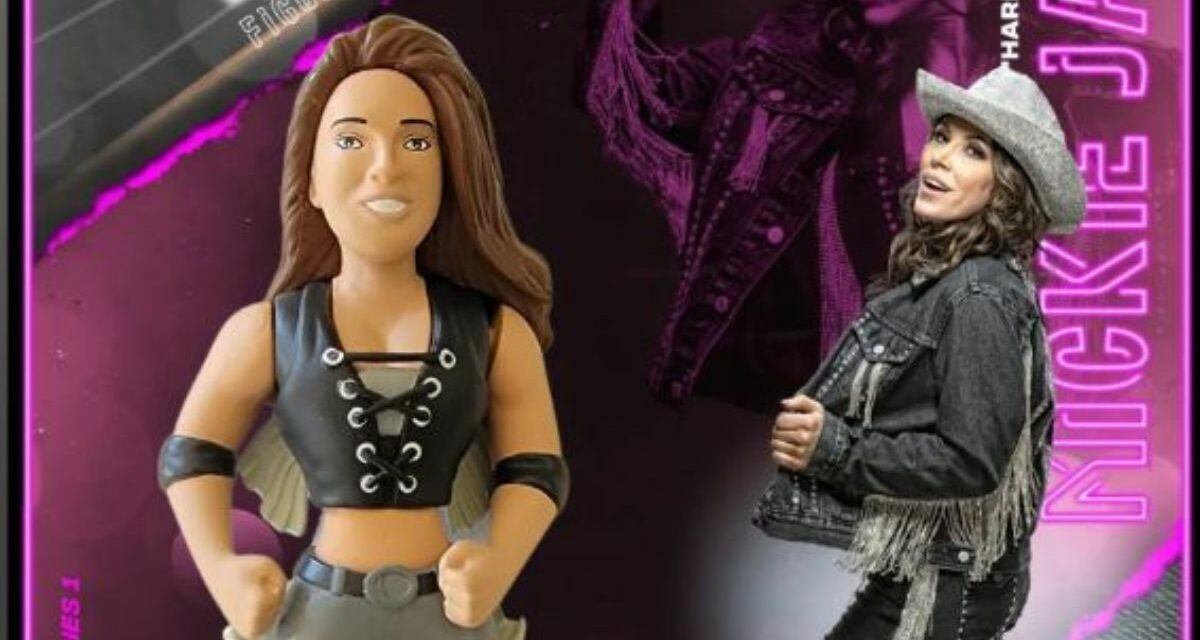 As revealed during the Major Wrestling Figure Podcast‘s live show on August 20, 2022, Chella Toys will release a new line of Impact Wrestling Figures in 2023, including Moose, Eddie Edwards, Deonna Purrazzo, and Jordynne Grace. However, Mickie James will not be a part of the upcoming Chella Toys line, instead partnering for a figure with FigureMania.

On a media conference call before Impact Wrestling’s Bound For Glory pay-per-view, Mickie was asked about the Chella deal with Impact, and detailed her own history in the toy world.

About the new Chella deal with Impact, Mickie replied, “Yeah, I saw that. That’s really cool.”

Even if Mickie won’t have an action figure with the first line of Impact Wrestling Figures by Chella Toys, she still has some ideas about future action figures, adding, “What I’d really love is if Chella is going to do these things with Impact is like, we could also do it when you go throwback where they had the weapons.”

If you want to order Mickie’s new action figure, it’s available for pre-order now through Figuremania.net. As for the style of the action figure, it represents her appearance in the 2022 Royal Rumble when, according to FigureMania, “Mickie made HERstory again … when she was the first woman to compete in the iconic Royal Rumble match whilst holding the Knockout’s Championship.”

Mickie acknowledged that it’s been awhile since she had a new action figure, saying, “That’s my first figure in, God how long? I don’t know,” but she’s “had a bunch.”

“My first one was the cutest, it was my favorite, the WWE one which was like this little pink box with flowers all over — it’s still my favorite figure, and I don’t know if it was just because [it was] my first or because it was the cutest.” 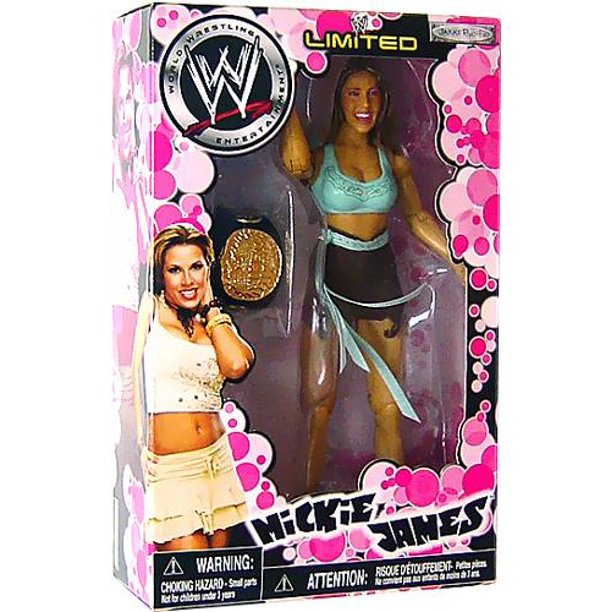 About one of her other, previous figures, Mickie remembers, “I don’t think one looks anything like me; I feel like they put my hair on Torrie Wilson’s face.”

Mickie only recently recognized how significant action figures can be for some people, saying, “I never realized what a big deal a lot of these figures are, but some of them represent some really, really cool moments.”

Mickie remembers previous action figures of hers coming with different gear and a championship title or a chair included in the box. “I don’t know why I had a chair,” Mickie said, “but I did have a chair.”

“And my son usually opens them and plays with them,” she says, “So they’re no longer collector’s items, but that’s okay.” 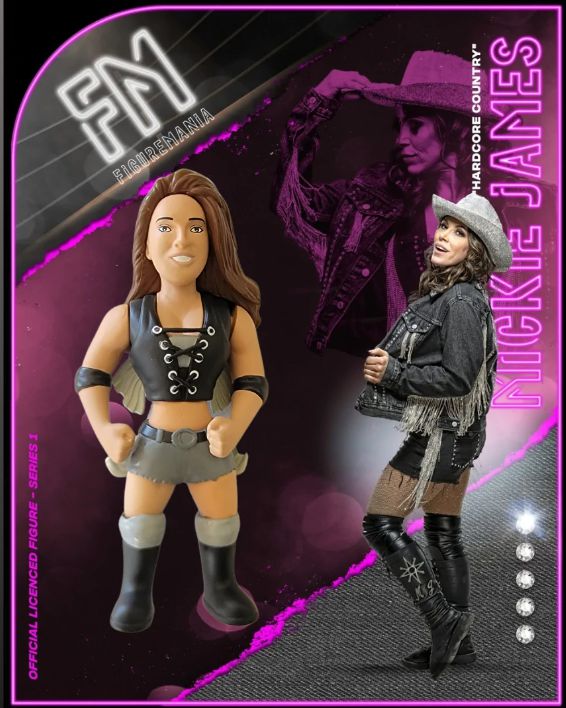