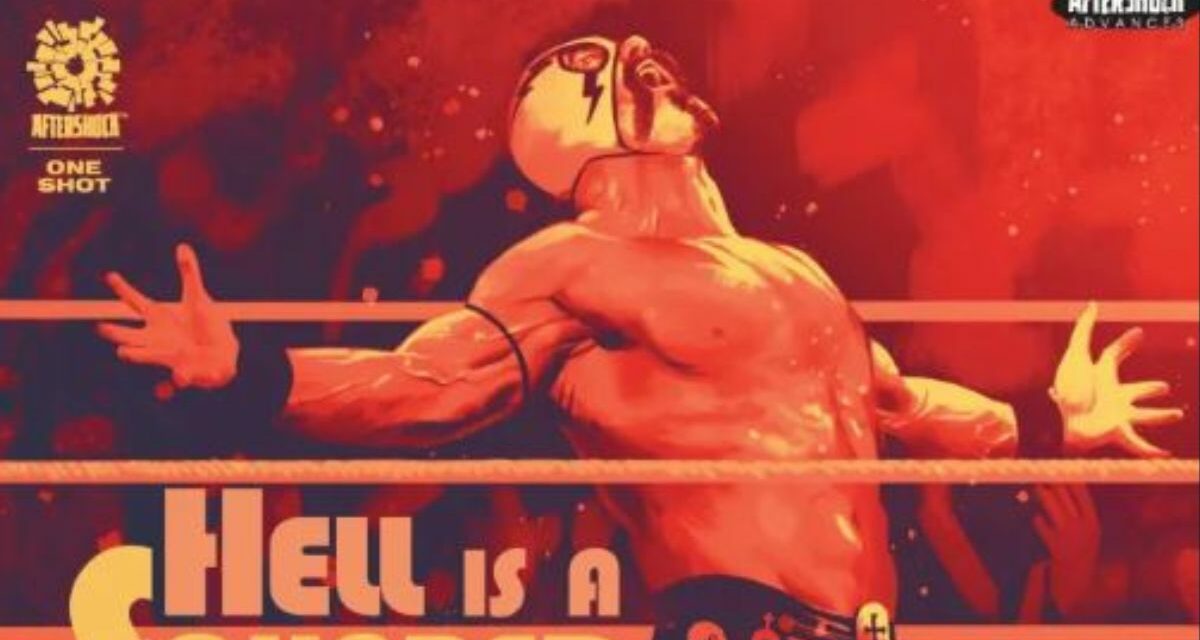 “Is wrestling noir a genre? It is now!” That’s what it says on the back cover of Hell is a Squared Circle, AfterShock Comics’ new prestige format one-shot (or “one shock” as the publisher calls it) comic book written by Chris Condon and illustrated by Francesco Biagini. For those who may not know, a one-shot comic book is a standalone story, so not part of a continuing storyline, but it’s also shorter than a typical graphic novel. Hell is a Squared Circle is 48 pages, so it’s slightly longer than a typical monthly comic book, but still short enough to read (and reread) in one sitting. Prestige format refers to its trim size and paper quality. Prestige format comics are typically oversized, square cut books with card stock covers and thicker pages. Hell is a Squared Circle is a big, beautiful book, with a catchy title and a cover that pops off the shelf. 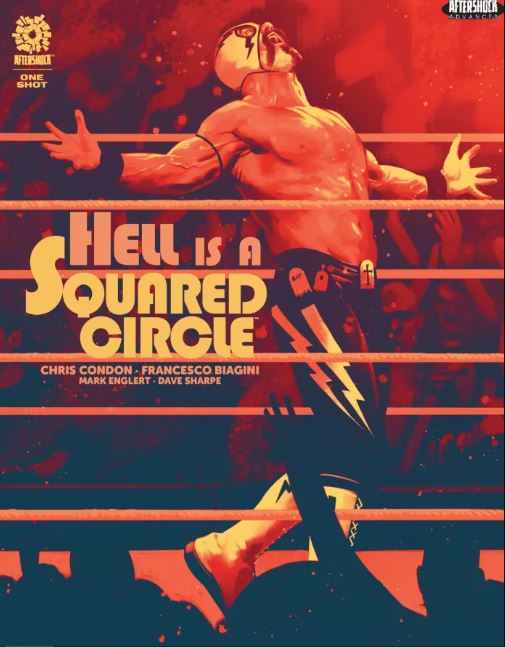 Whether you’re a fan of comic books or pro wrestling or both, you’re definitely going to notice this book when you see it. The gorgeous, orange and yellow toned cover, featuring a muscular, masked wrestler basking in glory (or agony) in the middle of a ring, was designed by Jacob Phillips, and is practically worth the price of this book alone. If you’re lucky enough to find an issue with the rarer, variant cover, designed by Francesco Francavilla, don’t hesitate to scoop one up too. It’ll cost you a few dollars more, but both copies will look great in any wrestling fan’s collection. But enough about the format and cover of this book, because what’s inside is every bit as impressive as the covers. Francesco Biagini fills each page with vascular muscles and glorious violence, in the ring and out, and colorist Mark Englert uses a full, bright palette that explodes with color. 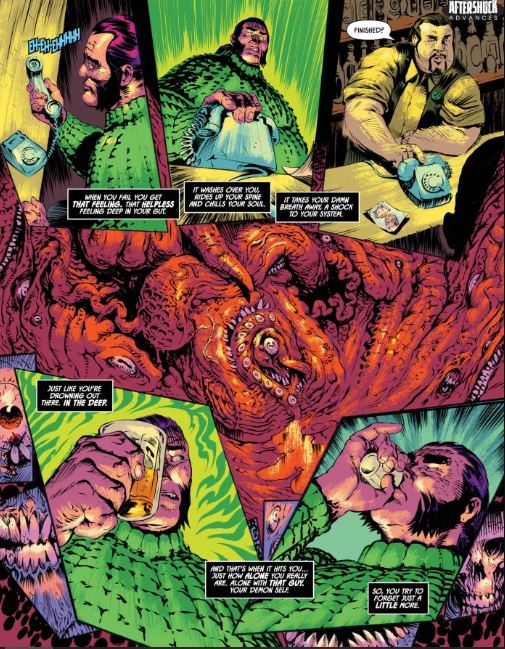 As for the story, written by Chris Condon, it’s pulpy, noir fun, with a tinge of horror for good measure. It’s a little predictable, as it follows the conventions of the genre, but setting the story within the gritty world of pro wrestling makes for a unique take on this morality tale.

To summarize, Ted Walsh, who goes by the name “Mooska” in the ring, is a hard-luck, hard-living wrestler who comes up with a way to make a quick fortune. Things don’t exactly go as planned (do they ever in these stories?), and Walsh ends up on the run, making a living under a new name, and under a new mask, wrestling in the Great White North. Walsh is at the peak of his game, personally and professionally, when his past comes back to bite him in the ass. Like I said before, the arc of the story is a little predictable, but it’s no less fun to read, and it’s short, so it’s a book you can appreciate with little investment of your time. You may spend more time fawning over the amazing cover than reading the comic, but it’s a solid addition to the recent trend of wrestling comic books.

So, is wrestling noir a genre? It most certainly is, and Hell is a Squared Circle is an entertaining and visually impressive entry in a genre that’s ripe for exploration.

Hell is a Squared Circle, by Chris Condon and Francesco Biagini, is available now from AfterShock Comics.