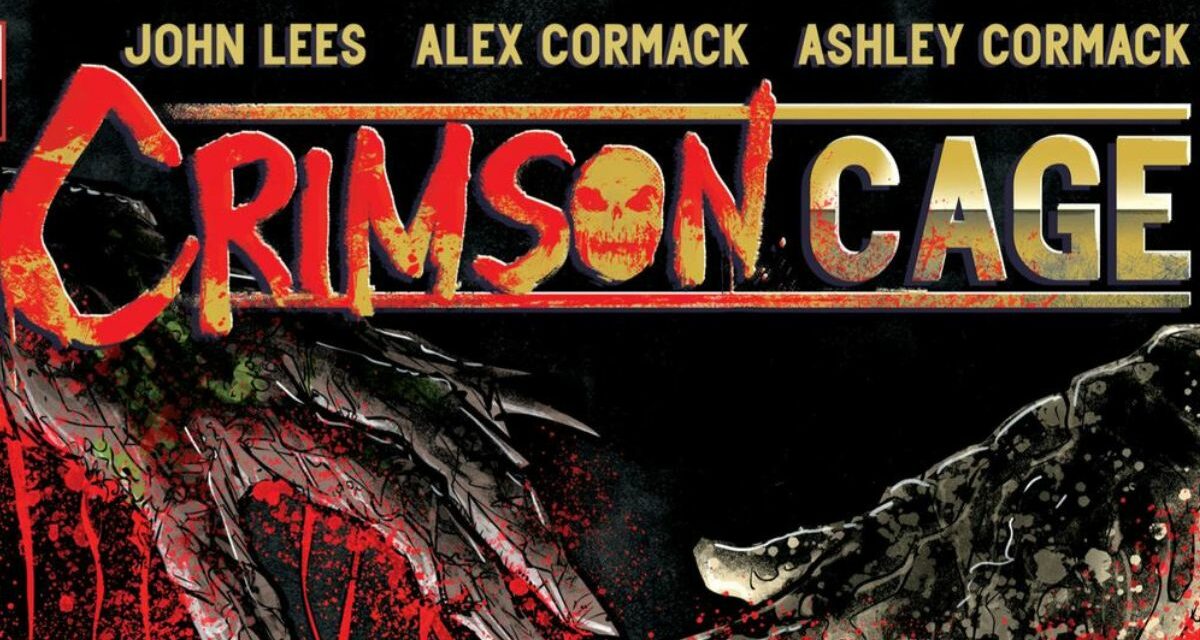 In the days leading up to and since the release of the first issue of Daniel Warren Johnson’s Do A Power Bomb, there’s been a flurry of excitement over this new pro wrestling comic book. The release of the first issue saw at least 13 unique variant editions, including a Challenger Comics exclusive cover featuring Paloma Starr, Colt Cabana, and Christopher Daniels. Fans of Do a Power Bomb can purchase pins and t-shirts from Johnson’s website. 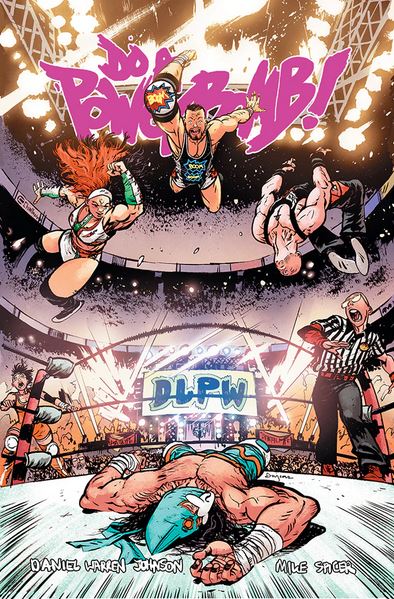 And even though there’s only been two issues released so far, Do A Power Bomb already has a dedicated fanbase, inspiring fan art and praise galore. And rightfully so. Do A Power Bomb is a beautiful, colorful, and action packed comic book that seamlessly melds pro wrestling and fantasy. According to Image Comics, the publisher of Do A Power Bomb, “It’s The Wrestler meets Dragonball Z.” 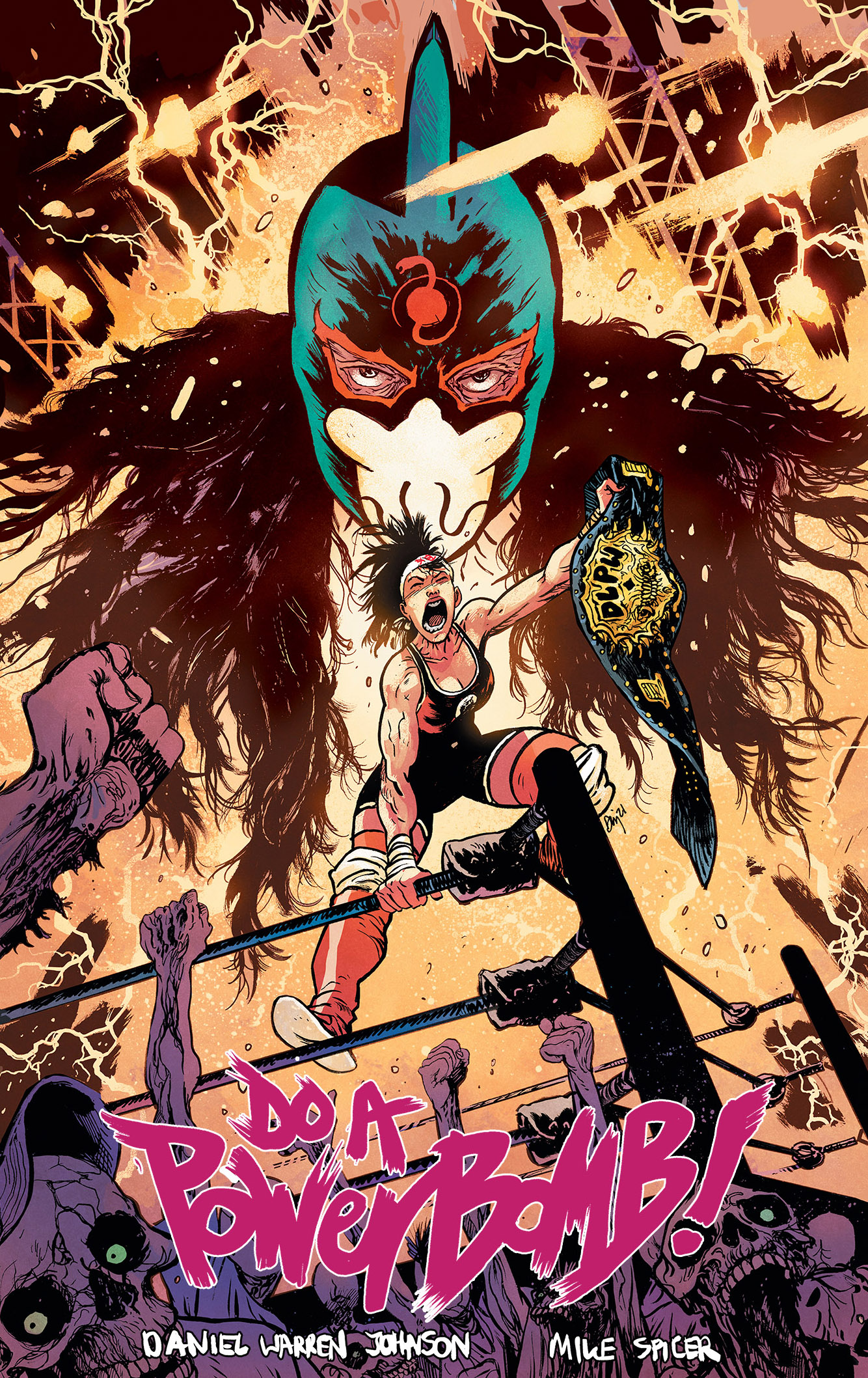 But Do A Power Bomb isn’t the only pro wrestling comic book released this year worthy of readers’ attention.

The Crimson Cage, written by John Lees and illustrated by Alex Cormack, is a re-imagining of Shakespeare’s Macbeth, set within the world of Southern territory wrestling in 1984, and I loved every blood-soaked panel of this five-issue comic book, which was released by AWA Studios as a trade paperback this past July.

The Crimson Cage focuses on the character of Chuck Frenzy, the main eventer of a regional New Orleans, Louisiana, wrestling territory. Frenzy may be the star of Louisiana Pro Wrestling but he’s been hobbled with the reputation of a being good hand, a utility player who can be relied on to put over the national stars when they travel through his neck of the bayou. But Chuck and his valet Sharlene Frenzy want more. The Frenzys want championship gold and all the glory that comes along with it, so when Chuck encounters an ominous trio who provide him with a glimpse of his fate, Chuck and Sharlene decide to do whatever it takes to get, and retain, the gold strap. 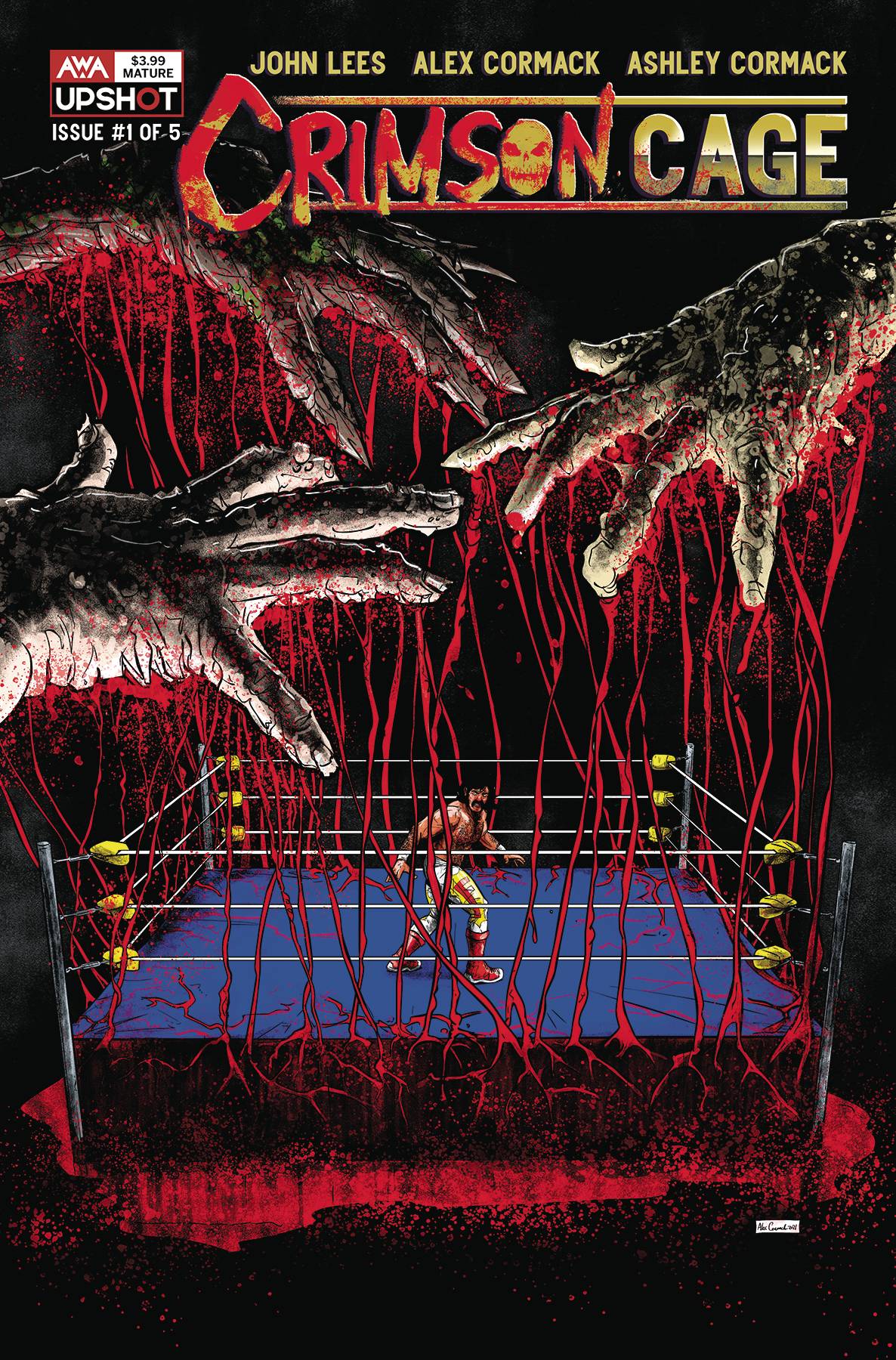 Readers familiar with the plot of Macbeth may think they know what’s in store for Chuck and Sharlene Frenzy, as the duo spiral into unbridled madness and murder, but it’s still an engrossing, if not downright shocking story to witness as it unfolds. The Crimson Cage is unflinching in its vivid illustrations of graphic, gory violence, which are rendered with horrific detail by Cormack, and Lees’ ability to adapt the classic, albeit well-trodden story of Macbeth to the world of pro wrestling is nothing short of spectacular.

After I finished reading The Crimson Cage, I couldn’t help but think that I hope this isn’t the last stab at Shakespeare for Lees and Cormack.

One frequent criticism of fictional portrayals of pro wrestling is the characters often feel like dollar-bin knockoffs of actual wrestlers, but that isn’t the case with The Crimson Cage. Of course, there’s inevitable comparisons between Van Emerald, The Crimson Cage’s Global Wrestling Alliance champion and, say, Ric Fair, but the characters in The Crimson Cage we spend the most time with, Chuck and Sharlene Frenzy, who start out as stereotypical white-meat babyfaces, devolve into unrecognizable murderers by comic’s end. 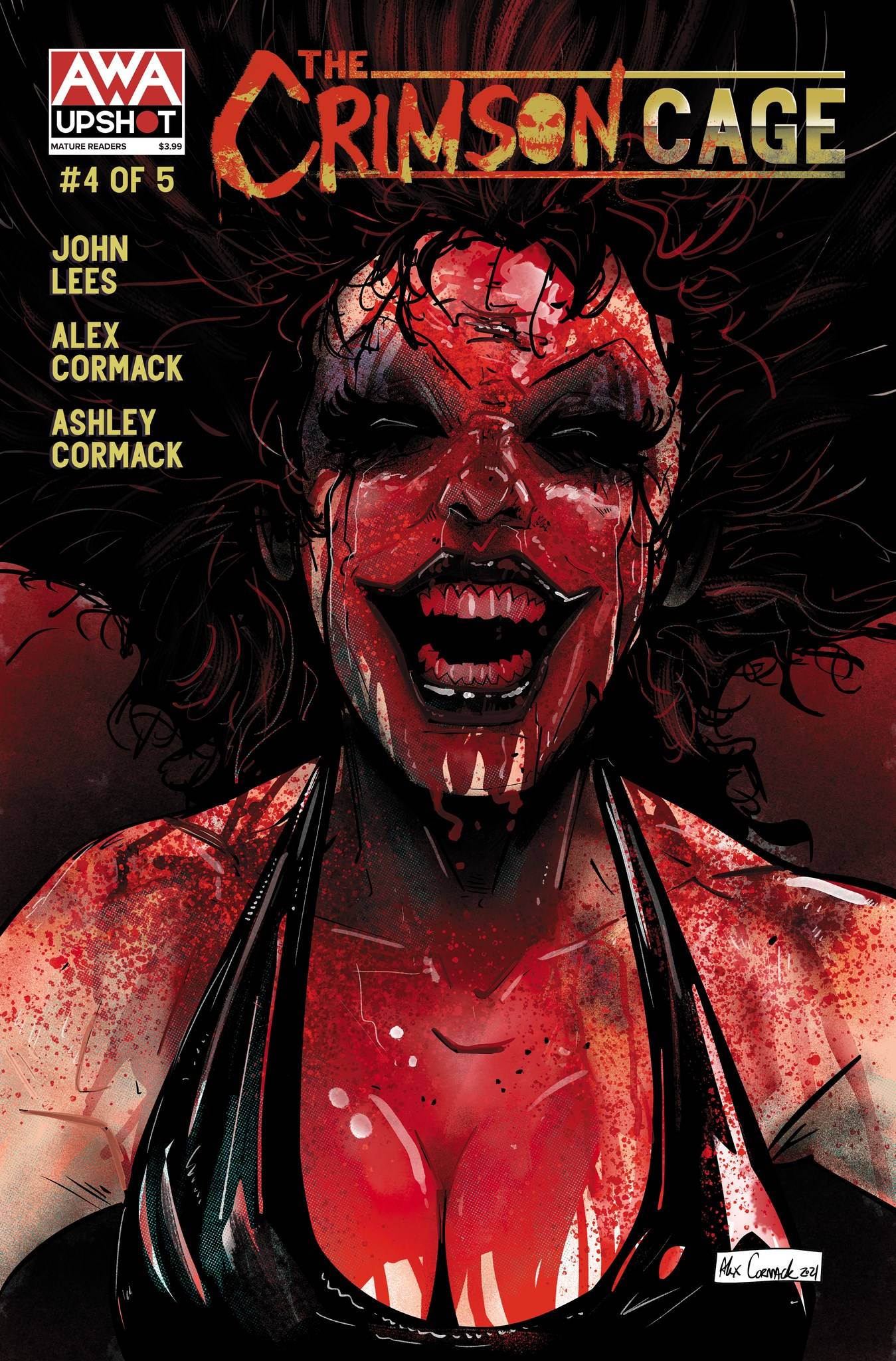 Pro wrestling is so often compared to live theater that it’s almost a cliché to make the comparison, so The Crimson Cage takes it to its logical conclusion. Each issue of The Crimson Cage is a new act that begins with a soliloquy, or promo in wrestling-terms. Professional wrestling is often Shakespearean in scope, even when it’s not directly inspired by Shakespeare, as is The Crimson Cage, and thanks to television shows like Dark Side of the Ring, a storyline in which a wrestler murders another wrestler in order to become the new champion isn’t as far fetched as it may seem in other environments.

A 1980s Southern territorial wrestling feels like such a perfect backdrop for the tragedy of Macbeth that it’s difficult to imagine why it hasn’t been attempted before, so I’ve got to commend John Lees for finally putting these pieces together and creating one of the more powerful pro wrestling comic books I’ve read.