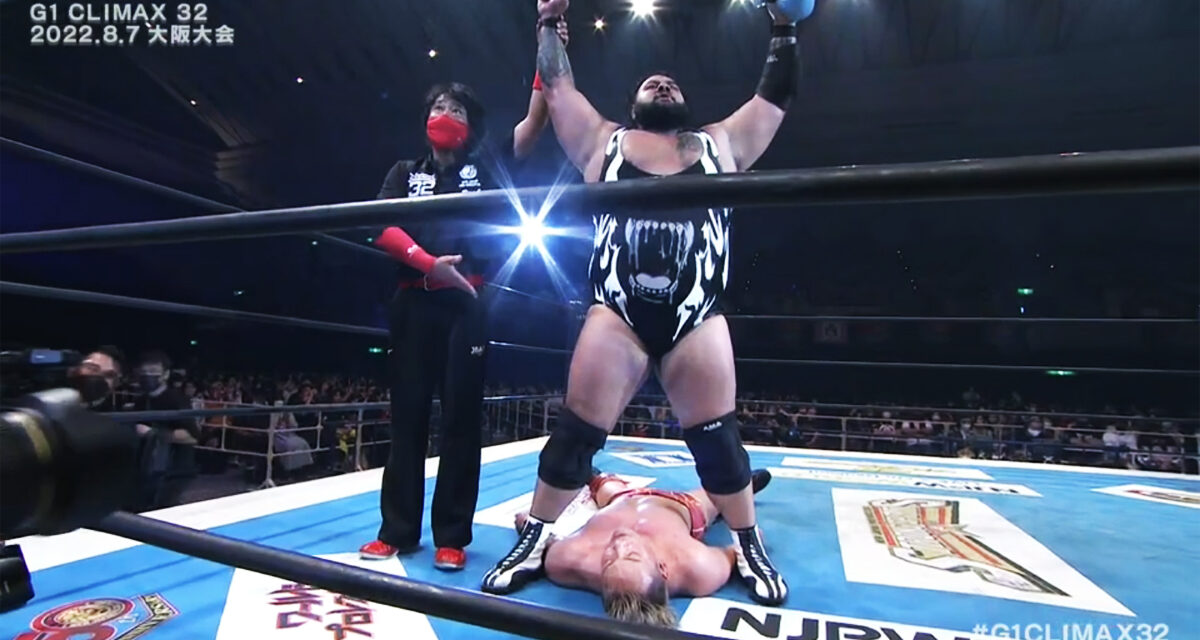 As some of entrants start falling by the wayside like Toru Yano and Aaron Henare, Jonah pulled off a win of a lifetime over NJPW global icon, Kazuchika Okada. Jonah is now tied for first place in Block A.

Jonah fought his way out of the Money Clip to leap off the top rope onto Okada. A massive lariat didn’t keep Okada down as he actually picked up and slammed Jonah. A flying elbow smash off the top rope thudded off Jonah’s chest but the big man ducked Okada’s Rainmaker countering with a super kick. Okada hit back with a drop kick of his own. Jonah fought out of another Rainmaker so Okada hurled him backwards with a German suplex. 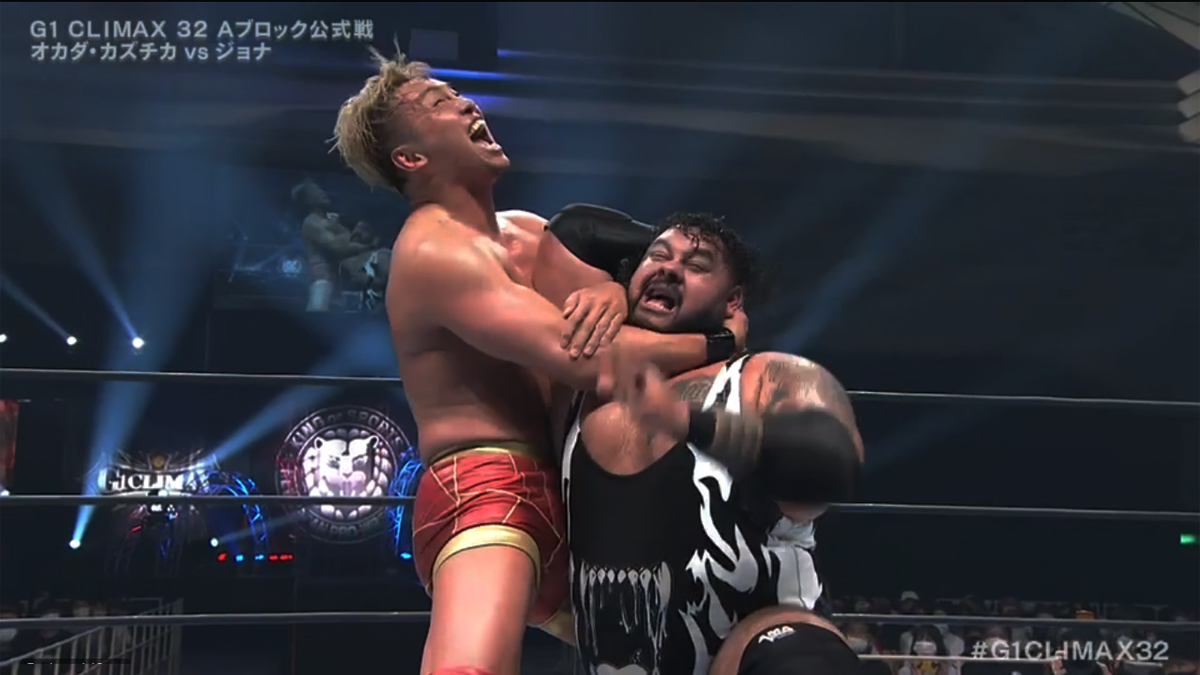 As series of headbutts, a lariat get Jonah a two count. In a mistake that would lead to defeat, Okada leapt off the top rope for a shotgun drop kick. Jonah caught Okada and powerslammed him to the canvass. A Black Forest Bomb and a Tornado pinned Okada. Everyone in the Osaka Prefectural Gym couldn’t believe Jonah has gotten the win over Okada, some leaving in frustration.

“I told you I would beat you and I did!” said Jonah as stunned Okada was helped out of the ring.

Yujiro pins Jado with a low-blow and a Pump Juice DDT.

Bushi pins Taka with an MX.

Cobb and Khan throw Gedo back and forth until Khan decides to make Gedo submit.

With the official knocked out, Evil hits Henare with a steel chair and pins him with Everything is Evil. Henare is now out of the running.

Lawlor pins Fale with the Nasty Knee on the Brain.

An angry Phantasmo clocks Robinson with a steel in the head and gets DQ’ed.

Owens pins Ishii with a C trigger and a Package Piledriver.