History is written by the winners in A&E/WWE Rivals’ tale of WCW vs. WWE 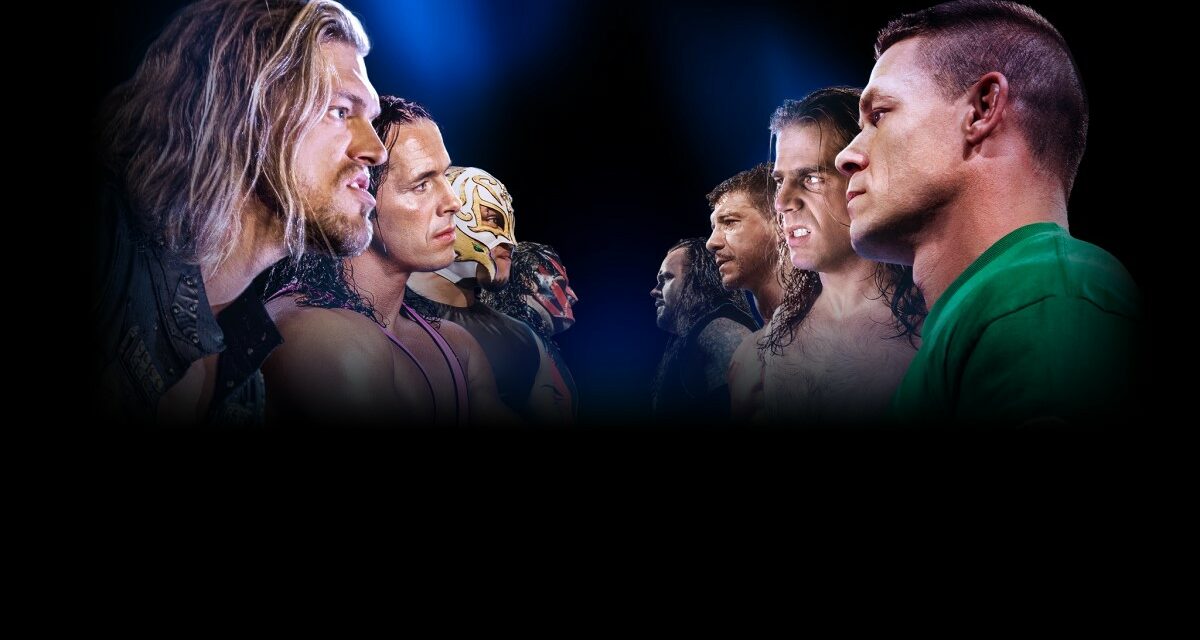 You’ve heard this tale told before, as the WWE sets itself up as the David to WCW’s Goliath in the Monday Night War. What you’ll get in this episode is a pleasant trip down memory lane, as the WWE machine relives once again one of its greatest and proudest victories.

John Bradshaw Layfield gives the Coles Notes history that led to the Monday Night War, as Vince McMahon successfully takes the-then WWF national, snuffing out local territorial promotions, when one of the remaining such owners Jim Crockett sells his promotion to Ted Turner and WCW is born.

Hogan moves to WCW, then Savage, and then Monday Nitro takes on Monday Night Raw. They discuss Lex Luger’s return to WCW, but it’s not like Luger was really a WWE guy so that one never struck me as a big score. Bruce Prichard says okay, it’s time to fight, but the WCW hits harder by spoiling results of pre-taped Raw and tossing the WWF Women’s Championship belt into the trash.

WWE hits back with the not-very-funny “Billionaire Ted” skits, which sought to poke fun at Turner, Hulk Hogan, and Randy Savage. As is always the case with the WWE, though, the esteem in which they hold wrestlers depends completely on the needs of the company at the time. Hogan has gone from hero, to buffoon, to icon, to outcast, to who knows what in the future, all depending on the WWE’s publicity needs at each step. So, any mockery must always be taken with a grain of salt.

Kevin Nash, at the roundtable, recounts to Freddie Prinze, Jr. how Diamond Dallas Page told Scott Hall he could get three times the money for half of the work by switching companies, and Nash asks him to see what he could get for himself. They “invade” the WCW and join up with Hulk Hogan, forming the NWO and taking over everything.

83 weeks later, WWE had been losing time and time again in the ratings. The WWE in the early to mid-90s was presenting family-friendly product until they go for broke with sex appeal from the likes of Sunny and Sable and raunchy shenangians from DX. Dwayne Johnson, though, credits Steve Austin as bring primarily responsible for moving the needle in the WWF’s direction. Bischoff, meanwhile, says it was Mike Tyson’s involvement that truly tipped the scales.

WCW had a last gasp thanks to Goldberg’s run, but with a few more mis-steps like inadvertently tipping off fans to change the channel and watch Mick Foley win the WWF World Championship, or losing their own established stars like Chris Jericho as the talent pool started moving in the other direction, WCW’s days were numbered.

Bischoff explains that the AOL Time Warner merger radically shifted the business structure within WCW. With the purchase of WCW’s assets by Vince McMahon, the war was suddenly over, and the show skips past the abysmal Invasion angle all the way to WrestleMania 31 and the strange match-up between Sting and Triple H.

The roundtable was especially quiet tonight, with Tamina Snuka and Kofi Kingston talking about how great the wartime was for fans on a couple of occasions, Layfield dishing on how he never knew what was going to happen next, and Nash reminiscing about how much money he made.

As with much of the A&E/WWE programming, there’s nothing new here for knowledgable wrestling fans. Since it’s made, however, for casual or even less-than-casual fans, it delivers a fine primer course for those years when wrestling fans either picked a show to watch or, more likely, watched both (without a PVR, of course, which was exhausting).