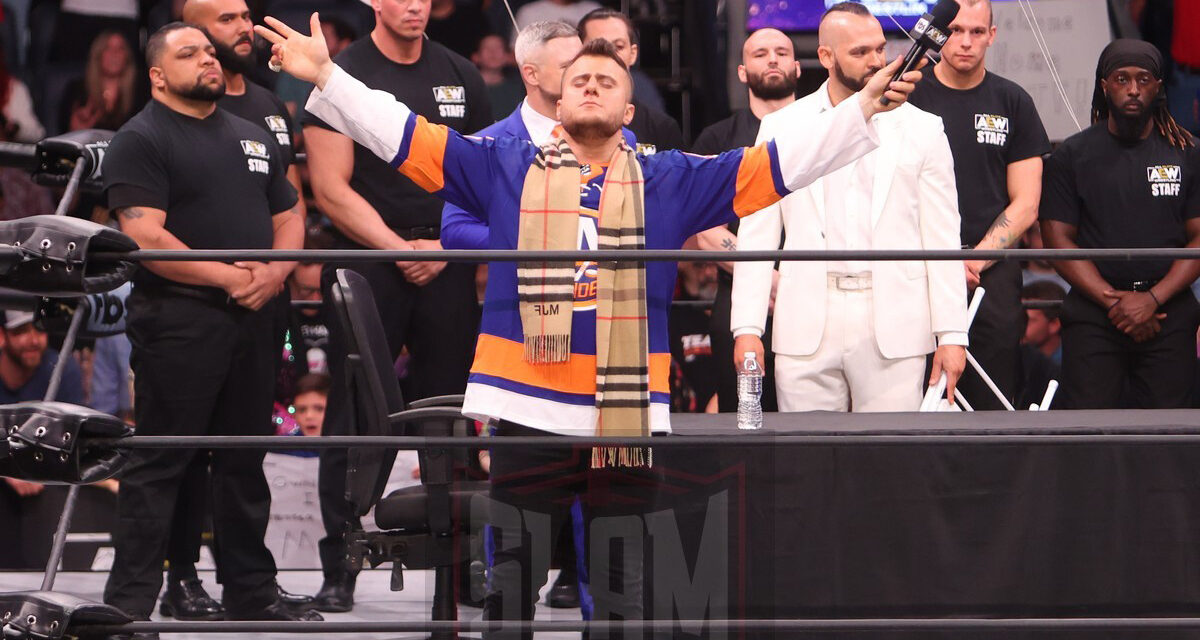 The worked, real life or perhaps both, issues between AEW management and MJF have reached new heights today.

According to the Wrestling Observer, Warner Bros. Discovery has issued a directive that MJF be removed from anything to do with AEW including commercials and branding.

“MJF is currently being edited out of any TBS and TNT spots he appears in with different AEW footage replacing him,” PWInsider reported. “We are told that the existing spots with MJF have been officially pulled but it’s possible some may still pop up as they transition to the newer spots.”

MJF’s merchandise has already been removed from AEW’s online store and he is no longer listed as part of the roster on AEW’s official site.

MJF’s contract dispute with AEW has been in the public eye mostly due to MJF and Tony Khan’s comments about it in the past. MJF not only no-showed a Fan Fest autograph session forcing AEW to offer refunds or substitute stars during Double or Nothing weekend but he also skipped a recently scheduled meeting with AEW management. He did however wrestle his much-hyped match against Wardlow at the event which saw him lose handily and be carted out of the building on a stretcher by a medical team.

On Dynamite last week, MJF cut a promo that seemed to be both a shoot and part of angle. In it, he complained about being paid less than former WWE stars signing with AEW and called Khan a “mark”.