Brett Azar thrilled to return as Iron Sheik in ‘Young Rock’, and hungry for more seasons 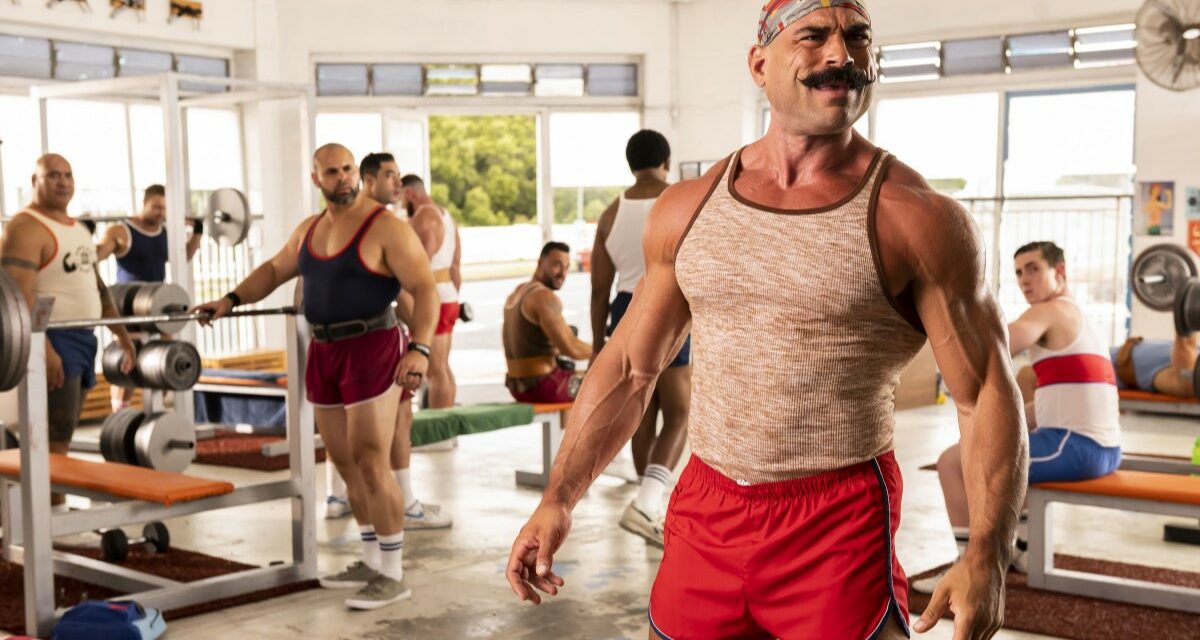 In both seasons of Young Rock, the Iron Sheik as portrayed by Brett Azar has been given a prominent role in honor of how Dwayne Johnson has said the Iron Sheik supported The Rock’s early wrestling years — Johnson’s now-famed usage of the Sheik’s word “jabroni” included, of course. As the second season comes to a close this evening with a double-bill, two-episode finale, Azar tells SlamWrestling.net how honored he feels to be able to bring the Iron Sheik to the screen, the trust placed in him by the production team, and the joy he feels in receiving praise from fans and wrestlers alike for his performance.

Azar begins by acknowledging that, while nobody knows how a show is going to perform until it’s actually on TV, the whole Young Rock team sensed early on that they’d be going beyond the first season of episodes. “We all had the feeling that there was going to be a second season,” Azar recalls, and explains that this would be his first opportunity to act in a recurring role — sort of. He had acted in two movies in The Terminator franchise, standing in as a body double for the titular killing machine, with Arnold Schwarzenegger’s face digitally imposed over his own. “This is the first time I’ve ever done that with a character featuring my face. And I get to wear clothes, so that’s cool.”

Before the second season production began, Azar found himself working on a film, while once again found himself performing naked, offered one immediate perk and one that played itself out once Azar made it to Australia for Young Rock. “I got into a really cool movie shot in Rhode Island called Johnny and Clyde,” he says. “Tom DeNucci, the writer and director, called me and said, ‘I got this role that I use you for — you’re pretty much going to be naked for the entire film, and in every scene you’re in you’re going to be sitting next to Megan Fox.'”

“I checked with my fiancée and asked if that was okay, and she said, ‘It’s Megan Fox — you get a hall pass.'”

The shooting schedule for Johnny and Clyde meant that Azar was a little delayed in arriving in Australia for his second round of quarantining before beginning work for Young Rock. That’s where the second perk popped up. “We all had the same fly day, and we were all supposed to fly out together,” Azar explains, referring to all of the actors that would also be wrestling. “I was still shooting with Megan Fox, so by the time I arrived the hotel was filled and they put me up in a different hotel. I videoed my room, going out on the balcony, and immediately (Matt) Willig said, ‘You have a balcony? We’re in a hotel with a window that does not open.'”

“I was the spoiled brat. The guys all hated my guts.”

During his quarantine downtime, Azar surprised himself by exploring a skill that he didn’t know he had. “Just as a little side hustle, I’ve been drawing and been getting good buzz,” he explains. “During quarantine in Australia, I was trying to fill some down time and drew my fiancée. Now I’m doing two commissions a week and really enjoying it. For me it’s my mental escape. My mom is an artist, so I guess it’s in my genes.”

The rest of the quarantine experience was otherwise the same for Azar as the first time around: reading scripts and working out. “I stayed in shape, obviously, so that wasn’t a problem. It was more of a mental thing going into season two; I was much more prepared mentally.”

Part of what bolstered Azar’s confidence was the positive feedback he’d received from the first season’s work, along with the continued support of the production team. “From what the directors, the producers, the other actors, even from the Sheik and his family himself, my instincts seemed to be on point. They trusted me to just do whatever I felt was instinctual. We did variations of stuff; after a take I will always change my tone or change my delivery. Natch (Nahnatchka Khan), Jeff Chiang, Jeffrey Walker, and (Brian) Gewirtz (all producers, writers, or directors) — they’re so easy to work with. It’s still awesome.”

The camaraderie between the actors portraying the wrestlers, which was strong during the first season’s shooting, picked up right where it left off even as they welcomed new players into the fold. “The family was reunited,” Azar explains. “It’s a family. It’s unlike any other project that I’ve been a part of. It was great to adopt some more guys into the family. Most of them already had wrestling experience or are athletes. Hillbilly Jim (played by Luke Reynolds) was a strongman competitor in Australia, he picked me up with one arm, so we can have some fun here. If there’s a wrestling scene being filmed, a lot of us if we’re not involved we’ll still go down to watch because it’s so exciting to see the guys do the moves that we’re practicing. We all want to support each other.”

While getting back into the ring was now familiar territory for Azar, a personal challenge that dogged him in season one once again reared its head during filming. “In season one, the hardest thing was that I had vertigo if I had to any kind of flipping, but I was ready for it this time,” he reveals. “Chavo (Guerrero, stunt coordinator) knew. Every time I got flipped, I got dizzy and my eyes blacked out, but we worked through it.”

All the work that Azar has put into his performance as the Iron Sheik has granted him even more than his returning role in the show, as he has greatly enjoyed interactions with wrestling fans and with wrestlers who are fans of the show. “I’ve been going around and doing conventions and autograph singing as the Terminator guy and the Young Rock guy,” he offers. “A few times I’m sitting down next to Rikishi, Kevin Nash, Mark Henry — these guys hear about what I’m doing and they immediately adopt me in. I feel like a poser, but it helps a lot to have Chavo be the one who’s training us, that gives it a lot of clout and the real wrestlers do appreciate that.”

Having spoken to Azar not long before news broke about Young Rock being granted a third season by NBC, he was nonetheless already confident that it would come to pass. “The way the storyline is going, I feel that season three is necessary,” he insists. Considering how that feeling was shared by all ahead of the greenlit second season, perhaps it’s not surprising that Azar confidently looked forward to more Young Rock.

And it might be a jabroni move to doubt that even more seasons are to come after that.

Check out our Young Rock review and interview archive below, and tonight’s double-bill season finale starting at 8pm EST on NBC (and on CityTV in Canada) as SlamWrestling.net continues to feature interviews with the cast and crew along with episode reviews.

Top Photo: Brett Azar as The Iron Sheik in a still from season one of Young Rock. Photo: NBC